Judicial own goal a serious setback 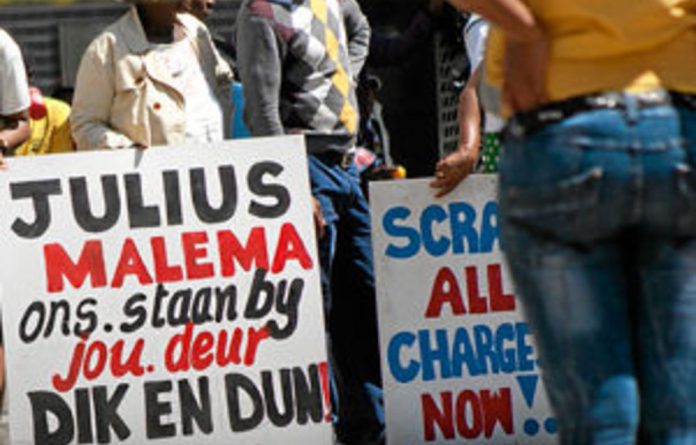 The past few weeks have not been a happy time for the judiciary. The decision by the Constitutional Court to declare invalid the extended appointment of the then chief justice, Sandile Ngcobo, followed the decision in the Glenister case to declare unconstitutional the legislation that created the Hawks in the place of the Scorpions. It prompted a renewal by ANC secretary general Gwede Mantashe of the use of the epithet that the judiciary are a bunch of untransformed counterrevolutionaries.

Then came the controversy about the appointment of Chief Justice Mogoeng Mogoeng, an appointment that, failing careful leadership, has all the signs of causing serious division in the judicial institution. At the same time, an influential figure in the ANC, deputy correctional services minister Ngoako Ramatlhodi, said that the Constitution represented an overly generous concession by the ANC during the constitutional negotiations.

These comments were preceded by a speech to the judiciary by President Jacob Zuma to the effect that the judiciary should know its place in the constitutional scheme. It seemed to at least some commentators that such a position on the part of the president meant that he did not accept the power of the courts to interfere in government policy or legislation, even where these breached the Constitution.

None of these developments is of the judiciary’s making, but it should focus attention on the dangers of judicial overreach in this climate.

Sadly, Judge Colin Lamont dashed in where judicial angels should have feared to tread. His ruling, prohibiting the singing of the liberation song Dubul’ iBhunu, in effect sought to criminalise a component of liberation history. It is truly difficult to know where to begin to criticise Lamont’s judgment so replete is it with manifest legal error.

A few critical aspects must suffice for the purposes of this column. The judge writes that “the message which the song conveys[,] namely destroy the regime and ‘shoot the Boer'[,] may have been acceptable while the enemy, the regime, remained the enemy of the singer [the judge should have said the vast majority of the country].

New approach
“Pursuant to the agreements which established the modern, democratic South African nation and the laws which were promulgated pursuant to those agreements, the enemy has become the friend, the brother. Members of society are enjoined to embrace all citizens as their brothers — It must never be forgotten that in the spirit of ubuntu, this new approach to each other must be fostered.”

Laws cannot compel people to be family, a judgment of the Equality Court notwithstanding. In any event, if the song is part of our history — a defiant and rousing call during the darkness of apartheid to resist a vicious, racist regime — then it should be viewed as that and be understood by all South Africans.

The construction of a new South African nation surely depends, in part, on the minority who did the repressing, or at least enjoyed its benefits, understanding that history.

Needless to say, that history reveals a struggle with very little violence against ordinary white citizens. And, to the extent that apartheid has continued to shape distributions of income and wealth, the struggle is not over.

By contrast, the Constitutional Court in the Robert McBride case insisted that freedom of speech was a critical value, particularly when the truth was at stake.

Curiously, Mogoeng, in a single minority judgement, invoked ubuntu to find that McBride’s dignity trumped freedom of speech, just as Lamont has done to subvert the freedom of speech of all who wish to sing the song.

It is unfortunate that the concept of ubuntu has been used to constrain speech rather than being employed in its majestic implication of constructing a new society built on the transformation of the old, which, in turn, means having a firm grasp of the truth of our history.

Perhaps the Constitutional Court will bring clarity to the concept of ubuntu and its constitutional implications when it hears the appeal in the Equality Court judgment.

‘At the heart of judgment’
Lamont makes the same mistake as AfriForum, the litigants. Minority protection is best safeguarded by more rather than less freedom of speech.

But it is the very constriction of speech, supposedly to protect minorities, that lies at the heart of the judgment.

It follows that the judgment may well be to the jeopardy of the long-term interests of minorities than to their advantage.

Yet, having adopted this approach, Lamont then makes an order that seems to apply to all in the ANC and its supporters rather than to Julius Malema alone — a truly astounding case of judicial overreach. And, with this, we reach the nub.

Courts in this country are increasingly drawn into political struggles. Thus the institution will continue to be the focus of intense conflict and controversy and, for that reason, judges need to develop a theory of judicial modesty.

In some disputes, the courts will need to adjudicate and be brave under fire. The government, at whatever level, ignoring the Constitution or failing to fulfill a constitutional duty must be held accountable — flak from Mantashe and others notwithstanding.

But in some cases judicial minimalism is required so that, where the dispute is best suited to the political arena, the courts should give the matter short judicial shrift.

The demarcation may not always be easy, hence the need for a theory. But some are easy, such as the case involving the struggle song.

In this case, the damage to judicial legitimacy is self-inflicted.