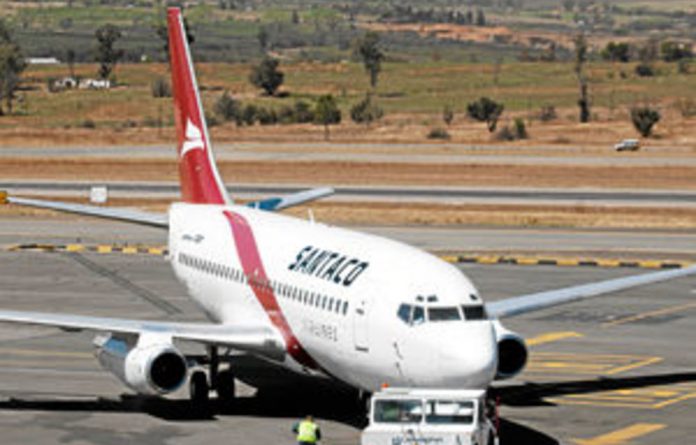 “Waarna toe gaan ons?” That’s what Cape Town taxi conductors or gadjies, as they were known then, would yell out their windows as they tried to solicit passengers along the city’s busy streets.

With half his torso hovering precariously out the window, the gadjie would call out all manner of colourful expressions, in that uniquely Cape Afrikaans accent, in a bid to get more passengers than his competitors.

“Kaap toe nou! Kom jy saam, meisie?” they would pester you incessantly, even though you had made it quite clear you were not going to “Mowbray, Claremont or Wynberg”. Depending on how irritated you got with these solicitations, you might then be dismissed with an insulting “Tsek, jy hou jou wit.”

Certainly then, the taxi industry can never be accused of being genteel or charming. It is rough around the edges. Many drivers and their conductors are uncouth, rude and often abusive towards their passengers. That is not to mention their disregard for the rules of the road and the many accidents that taxis cause.

They have also, in the past, been involved in bitter and violent battles over routes. They’ve been belligerent when attempts have been made to recapitalise their taxis and bring in safer and more modern vehicles.

But you’ve got to acknowledge and admire the naked ambition, tenacity and audacity of this home-grown industry that, over the years, has grown in leaps and bounds.

Taxis have been a fixture of our lives for 50 years, with minibus taxis entering the scene in the 1980s. They transported the country’s black masses from the far-flung areas where they were exiled to the cities where they had to earn their living. According to industry body, the South African National Taxi Council (Santaco), they now transport about 65% of the country’s commuters, which translates into 15-million passengers a day. Ker-ching!

With relations between the industry and government seemingly improving, the taxi industry has been brought in as an operator of the bus rapid transit system and now it has launched, with great aplomb, its first airline. I love this story.

Sure, it lends itself to all sorts of silly jokes, given the way the industry has conducted itself in the past. But I believe it is Santaco and the 100 000 taxi drivers who own the airline who will be laughing all the way to the bank. This is what the South African story of growth and development ought to look like. Entrepreneurs with a bold vision who identify a gap in the market and, through sheer hard work, drive and ambition, translate that into reality, in spite of the scepticism of naysayers. By consolidating their mass power base, they also ensure that the empowerment that takes place is indeed broad-based.

The airline will fly to remote locations such as Bisho in the Eastern Cape. For many of the working poor whose homes are in these areas, it is often difficult and costly to get there without spending several hours on a bus on dodgy roads.

Santaco Express passengers don’t need to have a credit card, which many don’t qualify for — they can pay cash and taxis will provide a shuttle service for those who have no other means of travel to airports. It is truly a development for the people.

That’s not to say that there won’t be hurdles along the way and bumpy rides as the airline gets the business off the ground. But, with so much despair about poverty, inequality and jobless youth, this story is an inspiring lesson.

The taxi industry has no sense of entitlement or expectation that someone or the government will do something for it. It goes out there and makes it happen. That is the attitude and spirit we need to embody if we are to tackle our economic challenges successfully.

As if taking to the skies wasn’t bold enough, Santaco president Jabulani Mthembu recently said: “We have conquered the skies and we are looking into going into sea transportation and launching our own bank.”

In answer, then, to the question that taxi conductors used to pose to potential customers so many years ago — “Waarna toe gaan ons?” — it is clear the taxi industry knows exactly where it is going and we all ought to take a leaf out of its book.

Buses were set alight in Khayelitsha in the early hours of Monday morning, and thousands of commuters were left stranded
Read more
National

Taxi council distances its members from the violence, claiming the death of Siyabonga Ngcobo was a fight between Uber and Taxify drivers
Read more
Opinion