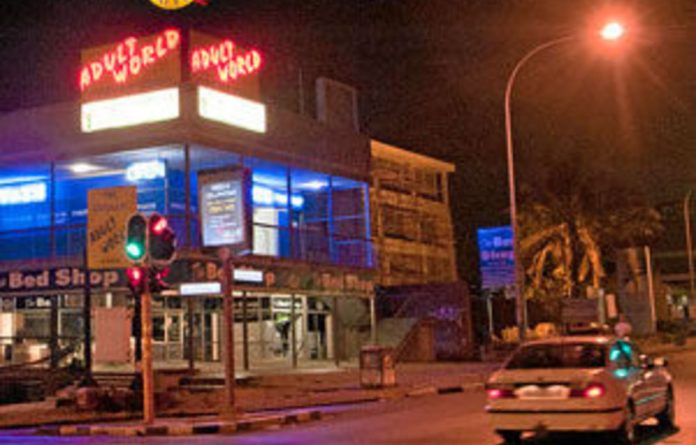 A key question emerging after the death of Mark Andrews is the nature of his relationship, if any, with Czech fugitive Radovan Krejcir.

Andrews was a business associate of slain strip king Lolly Jackson, who was shot and killed in May last year, allegedly by Krejcir’s one-time factotum, George Smith.

Andrews’s body was found on the side of the R59 highway near Brackenhurst, Alberton, on Wednesday morning. According to the police, his hands were tied behind his back with cable ties and he had been shot in the back of the head.

If rumours of his association with Krejcir are true, his murder brings to seven the number of people who have died gruesome and mysterious deaths since 2009 — murders that have all been linked to Krejcir (see “The rising body count” below).

The Mail & Guardian asked Krejcir, through his attorney, whether he had any business dealings with Andrews; when they last spoke; and what the nature of their relationship was.

But attorney Eddie Classen responded that “Mr Krejcir declines to answer any of these questions”.

Andrews’s body was found within a week of the killing of Jackson’s family lawyer, Iaan Jordaan, whose corpse was found burnt almost beyond recognition after he disappeared on Tuesday night.

Andrews was the police’s main suspect after it emerged that, before being killed, Jordaan was apparently forced to transfer R1.6-million from his firm’s trust account into a Bidvest account that police said belonged to Andrews.

Claims
Both Andrews and Krejcir had claims against the Jackson estate, which was being handled by Jordaan, according to documents seen by the M&G.

Krejcir’s claim is based on loans of more than R10-million he or his family’s companies had allegedly concluded with Jackson. Jordaan was apparently resisting Krejcir’s claim on behalf of the Jackson estate.

Andrews’s claim, which may not have been formally lodged, flowed from a legal dispute between him and Jackson, his one-time mentor. He once ran the Teazers strip club in Cresta as a franchise operation, but renamed it the Decadence Club after he fell out with Jackson.

Questions are being asked about the nature of Andrews’s relationship with Krejcir prior to his death. A source who is involved in the murder investigations of both Andrews and Jordaan told the M&G that Andrews and Krejcir had recently had multiple meetings. At least two sources with links to the underworld said Andrews had been struggling financially.

One of the sources said that after Andrews had gone missing “he called his father to tell him that he owed money to the wrong people. He was supposed to pay his money but it looks like he didn’t, and later he was found dead.”

The M&G has learnt that the Cresta venue where Teazers used to have a club, which became the basis of the legal battle between Jackson and Andrews, is now home to a Money Point gold and diamond pawn shop, one of a chain that is understood to be controlled by Krejcir.

In 2009 Andrews and Jackson sued each other over the ownership of the Cresta club. Although Andrews won the first round he was later evicted from the premises through a high court order. Part of the court process involved Jackson setting aside about R2-million in a trust account that was handled by Jordaan.

Under duress
Sources close to the investigation say the money was held by Jordaan in the name of Lonewolf, the property company that owns the Cresta building. The money transferred by Jordaan — clearly under duress — to Andrews’s Bidvest account is understood to have come from the Lonewolf trust account.

Lonewolf, in turn, is part of the Adult World pornography and sex shop empire owned by Arthur Calamaras and Francois Joubert.

Joubert, the chief executive of Adult World, told the M&G that before Jackson was killed they had reached an agreement according to which Teazers and Jackson could use the Cresta property in exchange for a site in Rivonia.

Joubert said he was unsure who the tenant was but that Teazers, through Jackson’s widow, Demi, had rented it out to another party.

The police, meanwhile, are waiting for DNA results to confirm that the body discovered on top of Jordaan’s burnt-out bakkie was definitely his. But the M&G has learned that a piece of shirt recovered from the body was a match to the shirt he was wearing on the day he disappeared.

After Jordaan’s body was found the account was frozen and the payment to Andrews’s account was stopped.

If Andrews was involved in the fund transfer on behalf of a third party, the interception of the transaction made him a potential witness and probably sealed his fate.

Kevin Trytsman
Kevin Trytsman, a private investigator, was shot at his attorney’s office in December 2009. Trytsman made a living from information peddling and claimed that he could help people with “legal difficulties”.

Several sources at the time told the M&G that Radovan Krejcir spent R500 000 getting “help” from Trytsman, but with apparently unsatisfactory results.

His attorney, George Michaelides, confessed to shooting Trytsman, which he claims was in self-defence. Shortly after the incident, Michaelides said that he had received a strange visit from George Louca, who congratulated him on killing Trytsman.

He subsequently invited him for lunch with Krejcir, who wanted to show his “appreciation” for killing Trytsman.

Uwe Gemballa
Gemballa was kidnapped on his arrival at OR Tambo International Airport on February 8 2010. He apparently believed he was meeting a businessman named Jerome Safi to discuss Safi opening a franchise of the Gemballa sports-car business. Safi was, in fact, working for Krejcir at the time. Safi did not go the airport to meet his guest.

One of the men who pleaded guilty to Gemballa’s murder, Thabiso Mpye, described to police how Gemballa fell into the hands of two other men, named Kizzer and Madala.

Mpye said Gemballa was taken to a house — identified by police as being rented by Krejcir’s business manager, Ivan Savov — where he was later suffocated. Savov has claimed he was out of the country at the time and has denied Gemballa was killed at his home.

The M&G previously reported that police had linked a cellphone used to phone Gemballa’s wife to pay-as-you-go vouchers purchased on behalf of a Krejcir associate, Michael Arsiotis. At the time, a waitress said she had been sent to buy the vouchers by Arsiotis, who was sitting with Krejcir, Safi, Smith and two unidentified men.

Lolly Jackson
Lolly Jackson was murdered in May 2010, allegedly by George Smith, the Cyprus-born fugitive who worked for Krejcir and is said to be in hiding in Cyprus.

Earlier evidence obtained by security specialist Paul O’Sullivan disclosed a money-laundering scheme entered into between Krejcir and Jackson. The two also lived in the same street and shared an interest in supercars.

Chris Kouremetis
Johannesburg businessman Chris Kouremetis, who was murdered in October 2010, has been linked to Krejcir by intelligence sources who briefed the M&G on condition of anonymity.

Kouremetis was gunned down after a wedding at the Cradle of Humankind World Heritage Site in Gauteng in a hit that was ascribed to a drug deal gone sour. There is, however, no evidence linking Krejcir to the killing.

Cyril Beeka
Cyril Beeka played a key role in Krejcir’s life in South Africa, although it appears that mistrust developed between the two men shortly before Beeka was killed.

Beeka initially served as Krejcir’s security consultant, but later the two set up plans to go into gold trading and a gold refinery business together. Beeka and Krejcir shared a love of fast cars and motorbikes and would race their “toys” at Kyalami racetrack, several sources have confirmed.

But the relationship between Krejcir and Beeka soured, notably after an incident at Beeka’s birthday party in Cape Town in November.

Cape Town club owner Jerome Booysen has confirmed that Beeka was returning from a meeting with him in Belhar when he was gunned down. Intelligence sources claim Krejcir met one of Booysen’s business associates, Mark Lifman, about three weeks before Beeka was killed.

Jordaan’s burnt body was found on September 20 with his teeth missing, although he was identified initially through a piece of shirt left on his body.

Mark Andrews
Mark Andrews was a former business associate of Jackson’s before the two had a falling out over ownership of a Teazers strip club in Cresta.

Andrews emerged as the main suspect in the Jordaan matter after police discovered the money was transferred into his Bidvest account. Andrews was shot and dumped on the side of the road.