Let someone else save the planet 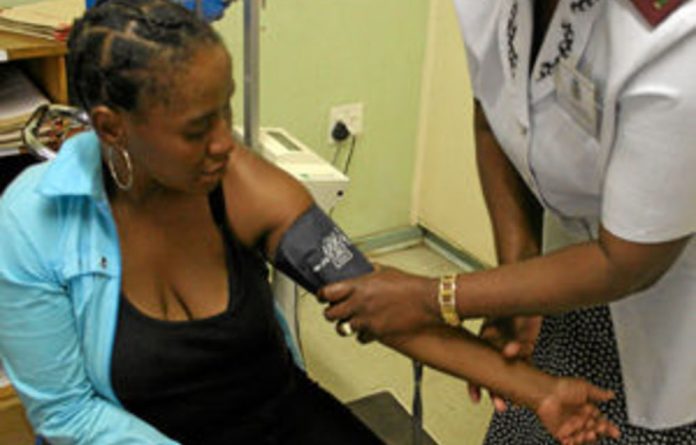 I recently read a Commission on Gender Equality (CGE) statement detailing a series of dialogues on gender and climate change to be held in all provinces. Apparently, this is contemplated in a strategic plan that draws from a policy document titled “No Gender Equality without an Earth to Have It On”.

It took me some time to realise that the CGE still exists. That done, I tried to work out why climate change — although a defining issue of our time — should be a priority for a body required by the Constitution to “promote respect for gender equality and the protection, development and attainment of gender equality”.

I then thought about how far we still have to go to achieve the Constitution’s vision of a state founded — in part — on the value of non-sexism and committed to building a society based on “social justice and fundamental human rights”. In particular, I thought about how our women have been let down.

Unfortunately, the CGE is not the only body guilty of mandate creep. Take the South African National Aids Council (Sanac). Under its umbrella, civil society is partnering with government to develop our next national strategic plan (NSP) on HIV, TB and sexually transmitted infections. Everything, and I mean everything, is on the agenda.

Don’t get me wrong: I think the draft NSP represents a significant advance in our response to the epidemics. It marks closure on our history of conflict, recognising the importance of evidence-based underpinnings, the value of meaningful consultation and the centrality of constitutional values and human rights.

Importantly, it starts by acknowledging that the new plan should learn from its predecessor — where it succeeded and where it fell short. It speaks about “a range of principles that should guide [its] development and finalisation”, expressly highlighting those of simplicity, high impact and scalability.

These positives, however, are somewhat overshadowed by the elephant — or perhaps the kitchen sink — in the room: the fear of offending anyone by excluding their issues. The result? Goodbye prioritisation, hello to a veritable shopping list of ideas: more than 40 objectives and almost 100 interventions.

One objective — “develop[ing] a national strategy that address[es] the norms and values related to sexual behaviour” — seeks to “implement programmes targeting male masculinity to change sexual behaviour of boys and men”. What is “male masculinity”? What would be a measure of success? Could it even be determined?

Of greatest concern is that many of the interventions should ordinarily fall outside of an NSP’s mandate. For example, dealing with alcohol abuse is not primarily an HIV intervention. It is, however, central to the mandate of the department of social development and should be pursued regardless of its nexus with HIV.

So, enough in the complaints department. What should an NSP do?

Informed by an analysis of the strengths and weaknesses of the current plan as well as the current political and economic context, the new NSP should:

By definition, an NSP must be focused; it cannot be the sum of all parts. It must resist the temptation to be everything to everyone. It cannot — and should not — become the focal point for dealing with all social ills that undermine our responses to HIV and TB.

In particular, it needs to be drafted in a way that recognises the roles and responsibilities of organs of state such as the National Planning Commission, as well as a range of line-function departments with primary responsibility over a number of interventions that are relevant — but not necessarily specific — to HIV and TB.

Priorities
It is not for Sanac to co-ordinate all those interventions that are central to the mandates of various government departments. Importantly, however, it must provide some degree of co-ordination in relation to identified priorities. It should not seek to replace stakeholders’ plans and programmes.

The fact that an NSP does not expressly address all relevant issues does not mean that these issues are unimportant. It is simply to state that it is neither feasible nor appropriate to include every possible intervention under the rubric of an overarching national framework.

There are numerous important policies, programmes and structures — including many that are already in existence — that should be implemented by relevant government departments.

Among others, these include the following programmes in health, social development, justice and correctional services: primary healthcare revitalisation; national health insurance; enforcement of quality control though an office of health standards compliance; a human resources for health strategy; prevention and treatment of substance abuse; regulation of alcohol use and advertising; social assistance; prevention of sexual violence; the successful prosecution and incarceration of offenders; and an efficient and effective criminal justice system that protects the vulnerable.

With a clear focus on overarching principles, objectives and interventions, the NSP should essentially do two things: it should provide a strategic framework in terms of which detailed operational plans are developed and it should set out the basis upon which it will be assessed and stakeholders will be held to account.

Put differently, it should provide the basis for mobilising people and catalysing action in respect of a limited number of understandable and measurable objectives. It cannot, and should not, attempt to do everything, including saving the planet. That can be left to the CGE. It apparently has nothing else to do.

Jonathan Berger is a senior researcher at Section27. This opinion piece is largely informed by Section27’s submission on the overall structure of the draft NSP. That submission is available at section27.org.za/2011/09/08/first-section27-submission-on-draft-zero-of-the-nsp-2/