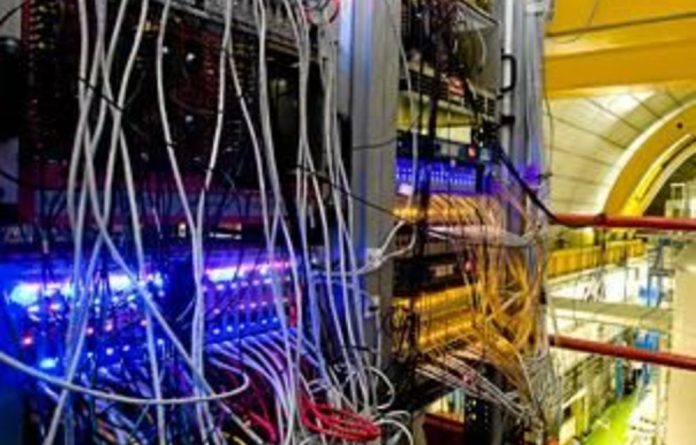 Scientists around the world have reacted with cautious shock to results from an Italian laboratory that seemed to show that certain subatomic particles can travel faster than light. If true, the finding breaks one of the most fundamental laws of physics and raises bizarre possibilities, including time travel and shortcuts via hidden extra dimensions.

Scientists involved in the Opera (Oscillation Project with Emulsion-tRacking Apparatus) experiment in Gran Sasso, Italy, found that neutrinos sent through the earth from Cern (the European Organisation for Nuclear Research), 730 kilometres away in Geneva, to its detectors arrived earlier than they should have.

The journey would take a beam of light around 2.4 milliseconds to complete, but after running the Opera experiment for three years and timing the arrival of 15 000 neutrinos, the scientists have calculated that the particles arrived at Gran Sasso 60-billionths of a second earlier, with an error margin of plus or minus 10-billionths of a second. The speed of light in a vacuum is 299 792 458 metres per second, so the neutrinos were apparently travelling at 299 798 454 metres per second.

A cornerstone of modern physics is the idea that nothing can travel faster than light does in a vacuum. At the turn of the 20th century, Albert Einstein encapsulated this idea in his theory of special relativity, which proposes that the laws of physics are the same for all observers and led to the famous equation E=mc², indicating that mass and energy are equivalent.

Brian Cox, a professor of particle physics at the University of Manchester in England, urged caution. “If you’ve got something travelling faster than light, then it’s the most profound discovery of the last 100 years or more in physics. It’s a very, very big deal,” he said on BBC radio. “It requires a complete rewriting of our understanding of the universe.”

Professor Jim Al-Khalili of the University of Surrey said it was most likely that something was skewing the results. “If the neutrinos have broken the speed of light, it would overturn a keystone theory from the last century of physics. That’s possible, but it’s far more likely that there is an error in the data. So let me put my money where my mouth is: if the Cern experiment proves to be correct and neutrinos have broken the speed of light, I will eat my boxer shorts on live TV.”

At the Gran Sasso lab, where the results were measured, Opera co-ordinator Antonio Ereditato said his team was “recovering from the shock” of the discovery. “We are competent experimentalists; we made a measurement and we believe our measurement is sound,” he said. “Now it is up to the community to scrutinise it. We are not in a hurry. We are saying: tell us what we did wrong; redo the measurement if you can. There will be all sorts of science fiction writers who will give their own opinions on what this means, but we don’t want to enter that game.”

If the measurements are shown to be correct, physicists will have to modify their understanding of special relativity to take the results into account.

Fortunately, there are several theories that could help explain the Italian team’s results by showing how neutrinos might appear to travel faster than the speed of light when, in reality, that is not the case.

“The extra dimension is warped in a way that particles moving through it can travel faster than particles that go through the known three dimensions of space,” he said.

“It’s like a short cut through this extra dimension. So it looks like particles are going faster than light, but actually they don’t.”

Another potential explanation for the observation was given by Alan Kostelecky at Indiana University, who has devoted his career to violations of the limiting speed of light. He proposed in 1985 that an energy field that lies unseen in the vacuum might explain the finding. The field allows neutrinos to move faster through space than photons, the particles that make up light.

“It may very well be that neutrinos travel faster than light does in that medium. It is not at all unreasonable that that would be the case,” he said.

Susan Cartwright, senior lecturer in particle astrophysics at Sheffield University, said there were many potential sources of error in the Opera experiment. “The sort of thing you might worry about is: have they correctly accounted for the time delay of actually reading out the signals? Whatever you are using as a timing signal has to travel down the cables to your computer, and when you are talking about nanoseconds, you have to know exactly how quickly the current travels, and it is not instantaneous.”

Cartwright works on T2K, which sends neutrinos over a 295 kilometres distance. “We could certainly check this, but Minos [the neutrino experiment at Fermilab in the United States] are in a better position because we are still doing repairs after the earthquake that struck Japan.”

Professor Jenny Thomas of University College London, and a spokesperson for the Minos neutrino experiment, said if the discovery was proved correct, it “would overturn everything we thought we understood about relativity and the speed of light”.

Ereditato said the Opera team was going through a mix of feelings.

“There is excitement, adrenaline, because you feel you have hit something hot. Another feeling is exhaustion. A third feeling is let’s look again and again and think of other checks we have not yet done.” —

Apes may have midlife crises too