Machineri cranks up the ante 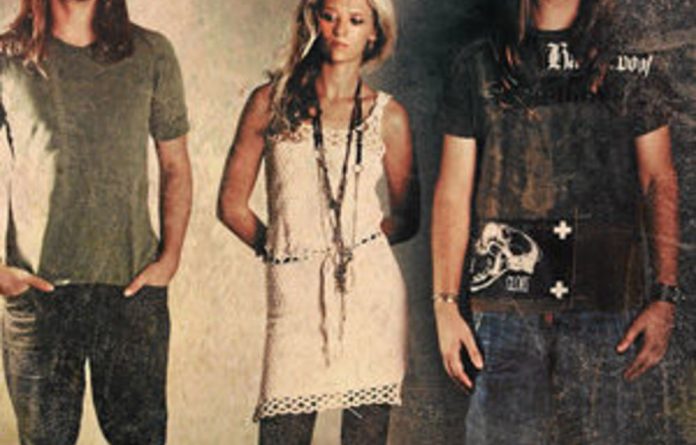 It’s a curiosity of the live music scene in South Africa that a band can gig in Cape Town to rave reviews for two years and never make the trip north to Johannesburg.

Thank goodness blues-rock act Machineri finally made it to Johannesburg but, to be fair, the band took two years before they even played their first gig in their home city.

For those who crammed into the Bohemian a few months ago for Machineri’s debut show in the big smoke, it was a momentous occasion, especially after all the good things we had heard filtering through the grapevine from Cape Town.

The first thing you notice about Machineri is that their front woman Sannie Fox can really sing, and this is the first thing that guitarist André Geldenhuys points out when I ask what makes the band’s music so vital when compared with the work of most of South Africa’s other blues bands.

Doing it differently
Her voice is gorgeous, sexy and dripping with emotion– to put it bluntly, Fox owns the blues.

“I listen to a lot of John Lee Hooker — that’s just him with a guitar and a stomp box — and the essence of that is similar to what we have made of Machineri,” says Fox.

“People assume that, because we play rocks songs, we must have a bassist. All it means is you don’t understand what we are doing.”

“We are not trying to be Led Zeppelin,” says Fox. “We love those bands but we are doing something different.”

The bassist issue is a recurring joke for the band, who have been constantly ribbed by other Cape Town bands about their three-piece not containing a purveyor of four strings.

“We sometimes get bands sniggering at us because we don’t have a bassist, and they’re like, ‘hey, man, did your bassist not arrive?’

“But I guess that will never stop, unless we win a Grammy and then we can just say, ‘fuck you!’,” says Fox with a glint in her eye and a big smile on her face, before bursting into a hearty cackle.

“We play a lot of cyclical stuff, like North African blues, and it doesn’t have those annoying turnarounds like 12-bar blues, so it comes in handy not having a bassist,” says Geldenhuys.

Putting it all together
“Miles Davis said about Kind of Blue that having one constant is great because the melody can take on a new life.”

“It shouldn’t sound like the common blues, because there is a lot of other music going in there as influences,” says Fox.

What about their self-titled brand-new album released on Just Music a week ago, which features album artwork by the legendary Storm Thorgerson, who designed some pretty infamous covers for Pink Floyd, Led Zeppelin and Black Sabbath?

Well, what you get is 11 tracks (12 if you count the magnificent hidden track Goodness) of some of the best blues music ever recorded in South Africa.

Early incarnations of Machineri, such as The Searchers, Machine I Am and Big Bad Machine stand out, indicating that this band had a very strong sense of the sound they were aiming for from the beginning.

“It is like my worst nightmare to have a producer in studio with me,” says Fox, “when they suddenly decide how your music is going to sound. I know how I want my music to sound; I’m not an idiot.”

So instead of using a producer the band holed up in Paris Studios in Fish Hoek with sound engineer Paris Lucas to record their debut album.

“It was more than three years ago that I wrote The Searchers, and it’s good to let it go.

“Some of those songs I wrote when I was 19, so it’s great to get the first album out the way — and the second album is going to be this new journey for us as a band,” she says.

Machineri may have taken their time to launch their career but now with a great new album they are chomping at the bit to tour the country and get themselves overseas.