State jobs could be cut during Greek loan talks 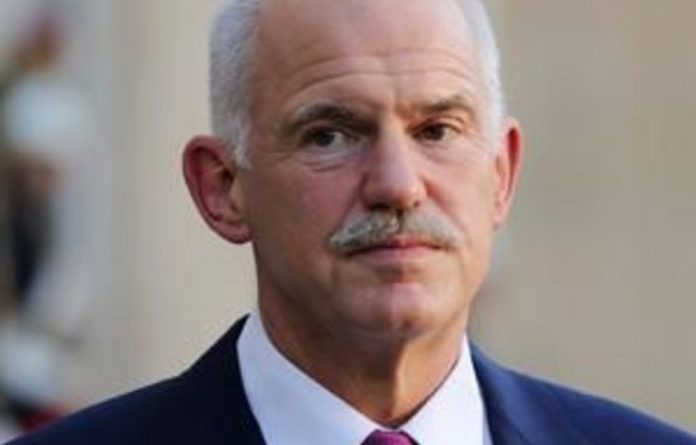 Greek officials held talks on Saturday with European Union (EU) and International Monetary Fund (IMF) negotiators to free up urgently needed bailout loans but the government and the lenders were reported to be at odds over how to meet a promise to lay off state workers.

Without a deal to release a $10.7-billiontranche of an EU bailout, massively indebted Greece could run out of money to pay state wage bills within weeks.

To secure the bailout, the Greek government has promised to impose tax hikes, slash public sector wages by an average of 20% and cut the number of state workers by a fifth by 2015.

European officials are scrambling to avert a Greek debt default which could wreck balance sheets of European banks, damage the prospects of the euro single currency and possibly plunge the world into a new global financial crisis.

Negotiators from the IMF, EU and European Central Bank (ECB), known as the troika, left Greece a month ago saying they were not convinced Greece could carry out the necessary spending cuts and tax hikes.

The negotiators returned this week after getting written assurances that the government would implement the measures. They met officials, including Finance Minister Evangelos Venizelos, on Saturday for a third day of talks.

The finance minister of Slovakia — saying in public what some EU officials have been saying in private — said the report by the troika’s inspectors will determine once and for all whether Europe needs to usher Greece into bankruptcy.

In one bit of good news, Qatar pledged to invest $1-billion in a firm with a permit to mine gold in Greece.

Jobs for life
Venizelos’s office said officials discussed privatisations, public administration and justice sector reforms with the troika and would discuss the 2012 budget later on Saturday.

The Greek constitution guarantees jobs for life to all state employees, making the promise to cut payroll numbers a legal and political minefield.

Greece has promised to start layoffs by putting 30,000 state workers in a “reserve” by the end of this year. Workers in the reserve would be paid 60% of their salaries for a year and then be dismissed if they cannot find new jobs.

The Ta Nea daily newspaper said troika officials were “disappointed” with talks on the plan so far, concerned that laid-off workers could go to court and win their jobs back.

The government has yet to give details about how it would decide which workers would be shunted into the reserve. Ta Nea said the troika was worried that only older workers already near pension age would go into the reserve, effectively turning it into an early retirement plan that would save little money.

A high-ranking government official, requesting anonymity while the talks are still under way, told Reuters workers near retirement would be among those moved into the reserve, but some younger workers would also be affected.

“We are examining putting people close to retirement into the reserve, but not only those people,” the official said. “The troika has said to us repeatedly that this [reserve plan] has to be ‘real’ and not ‘virtual’.”

The government is expected to decide on the reserve plan at a cabinet meeting on Sunday when it will also discuss next year’s budget.

Measures unpopular
The austerity measures are deeply unpopular. Opponents say such harsh cuts will deepen the impact of a three-year economic crisis and disproportionately hurt the poor and middle class.

Labour unions hope to step up political pressure with a campaign of strikes and protests in coming weeks. The Socialist government has a majority of just four seats in parliament and could be forced into elections if a handful of lawmakers balk.

Hundreds of black-shirted anarchists marched through the capital’s central Syntagma Square on Saturday, chanting slogans and carrying black and red flags. A few women among the crowd pushed children in strollers.

Police hope to prevent a repeat of violent clashes in June in which more than 100 people were hurt.

Striking civil servants have tried to block some of the talks. At one point on Friday, transport ministry workers prevented the troika envoys from reaching their minister.

The finance minister of Slovakia — a tiny country but potentially a pivotal one because its parliament could block plans to expand the European bailout fund — said policymakers need to be ready for the impact of a Greek bankruptcy if the troika concludes that default is inevitable.

“We are now waiting for results of the IMF and EU inspectors. This should be the basis for a clear assessment whether Greece’s position is sustainable, or whether bankruptcy and a write-off of part of the debt are inevitable,” Ivan Miklos told Czech daily Lidove Noviny.

“In case we draw a conclusion that the situation in Athens is not sustainable, we must say how we are prepared for a coordinated bankruptcy and how we will prevent further contagion.”

EU officials told Reuters this week that the troika’s report would determine whether private creditors need to take a bigger “haircut” to help finance Greece. — Reuters