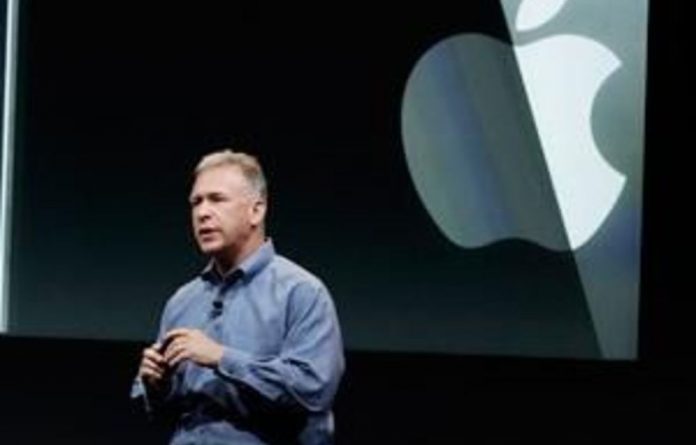 Apple’s newest iPhone left Wall Street and fans wishing for more than a faster version of last year’s device, drawing a rare outburst of criticism and disappointment on the internet.

Newly minted CEO Tim Cook ably helmed his first major product launch without former boss Steve Jobs, but failed to ignite the sort of excitement and buzz that the Apple co-founder once did.

Investors and fans, looking to be blown away by some amazing surprise, sent the shares down as much as 4%. Expectations were high at this critical juncture when Android phones by Samsung Electronics and other rivals are closing in on Apple’s lead.

Jobs did not show up as some expected. Cook, who took the reins from the Silicon Valley icon in August, and his executive team instead showed off a souped-up device that comes with voice recognition and and a better camera, but it looked identical to the last phone and did little to lift the bar for smartphones.

“It’s been 16 months and all you’ve got is an A5 processor in the existing iPhone 4,” said BGC Partners’ analyst Colin Gillis. “It’s a mild disappointment, but they’re still going to be selling millions of units.”

Some shareholders and analysts hoped for a cameo appearance by Jobs, now chairperson. The pancreatic cancer survivor, who took his third medical leave in August, did not appear.

Apple launches are some of the hottest events on the tech calendar. Tuesday’s “Let’s talk iPhone” show marked Cook’s unofficial debut since taking over from Jobs in August.

Analysts say it is more crucial than ever to sustain the popularity of its iPhone 4, which is more than a year old. Apple sold more than 20 million units in the third quarter ended June 25.

“It’s kind of funny — if they have gone and called it the 5, the stock would have been fine, but they’re calling it the 4S, which is a disappointment to some,” said WP Stewart portfolio manager Michael Walker. “It’s a faster chip. The form factor is the same as the prior one, which might be a disappointment also to some people.”

The iPhone, which accounts for more than 40% of Apple’s sales, has been a success since it came out in 2007, making Apple into one of the world’s leading consumer electronics companies.

On a brighter note, the company claims inroads into a corporate market dominated by Research in Motion. It said more than 90% of Fortune 500 companies are testing or using its iPhones and iPads.

Intensifiying competition
The iPhone event took place at Apple Central — the same venue where the iPod first was introduced years ago — versus the larger, splashier venues of more recent choice such as downtown San Francisco’s Moscone center.

The restricted attendance may have triggered a surge in online viewership, which slowed or crashed live blogs run by websites such as Engadget, Wired and Gizmodo.

Interest was high with Google emerging as a formidable competitor, but many fans came away disappointed.

“Please note I will be selling some ‘S’ stickers for $0.99 so iPhone 4 owners have a cheaper upgrade option,” wrote HAL9000 on Twitter.

Tomlinsonr tweeted, “I’ll have a double helping of ‘meh’ with a side of ‘whatever’.”

The latest version of the iPhone comes as the economy slows and competition intensifies. People activate more than 550 000 Android-based devices — including tablets — each day.

Nielsen data shows the iPhone was No 2 in the United States with a 28% market share, with Android at 43%.