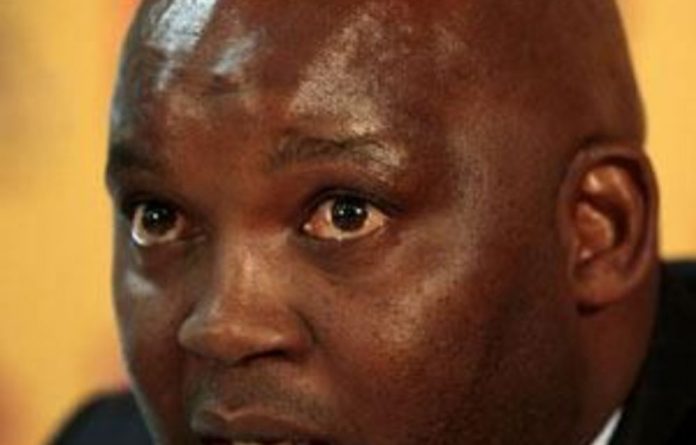 Having hurt his groin playing for his club last week, Serero was still not 100% fit ahead of South Africa’s final Group G Africa Cup of Nations qualifier in Nelspruit on Saturday.

“Thulani I’m not too sure about,” Mosimane said on Friday.

“As much as we want to be positive we have to be realistic and can’t use a player that’s at 50%.

“He hasn’t had full training the whole week, and if we had three more days of preparation then Thulani would have made it.”

Mosimane was confident that a spate of recent injuries would not derail their attempts to qualify for next year’s continental showpiece in Gabon and Equatorial Guinea.

“The last two months have been hell for us with seven injuries to regulars like Steven Pienaar, Kagisho Dikgacoi, Davide Somma and Tsepo Masilela,” he said.

A big game
“But at this point in time I feel that the team is ready,” Mosimane said.

“We did what we were supposed to do during the week, tactically and with technique.”

Bafana had their final training session at Mbombela Stadium on Friday morning, with strikers Lehlohonolo Majoro and Bernard Parker, and left-back Punch Masenamela all deemed fit to play.

Masenamela, who was ill on Thursday, returned to training the day before the game and was expected to start on the bench.

Facing a dearth of quality players on the left side of defence, with Masilela injured, Mosimane was more than likely to opt for experienced right-back Siboniso Gaxa in the position, rather than the uncapped Masenamela.

“Its a big game, so we will see,” Mosimane said.

“We’ll see how Punch goes. He was sick and not injured on Thursday, and we will also see how Pa [Gaxa] is.”

‘We have to win’
Bafana are expected to stick to their tried and trusted combinations, with Mosimane employing the offensive-minded game he talked about earlier in the week.

South Africa and Sierra Leone carry eight points each, with log leaders Niger, on nine, facing a tough test against bottom-placed Egypt in Cairo in a simultaneous game.

Bafana need to win in front of an expected sold-out crowd in Nelspruit, and hope that Egypt either draw against or beat Niger, to secure their place in next year’s tournament.

“We have to win, and if we win, it will mean that we have scored,” said Mosimane.

“The only hiccup that we had in our qualifiers was away to Niger.

“We now have accepted the challenge that we have, and we have to improve on things we did wrong in Niamey.” — Sapa