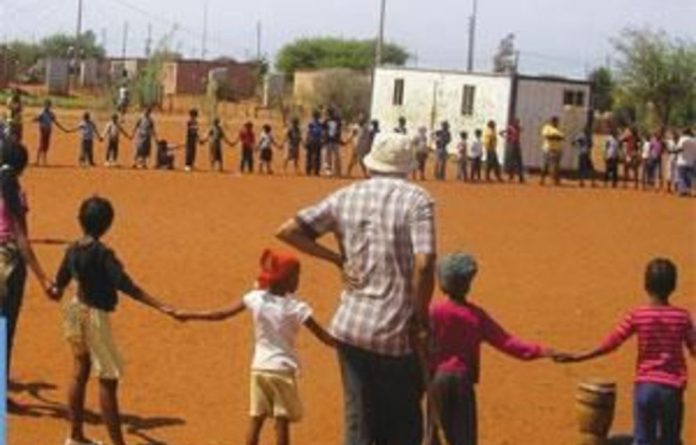 In 2008, the government of South Africa embarked on an anti poverty campaign of profiling the poorest households and providing them with government services. The main aim of the program is to provide integrated government services in the most deprived wards over the next five years [2009-2014]. Based on the Index on Multiple Deprivation (PIMD), the most deprived wards were identified in all provinces. For the Northern Cape Province, sixty-one wards were identified.

The intensification of the War on Poverty Programme culminated in the development of the Balelapa Program which stemmed from an EXCO decision to profile all households in the Northern Cape Province.

The Balelapa Household Profiling Project was launched on May 24 2010 by the then National Minister for Social Development, Ms. E. Molewa, the Premier, Ms. H. Jenkins, the then Chairperson of the National Education Portfolio Committee, Mr. M. Fransman and the MEC for Social Development, Mr. A. Botes. Profiling in the Frances Baard, Siyanda and Pixley-ka-Seme Districts commenced in August 2010, in the John Taolo Gaetsewe District during October 2010 and the Namakwa District during November 2010.

The terms of reference of the project is to conduct the house- hold survey throughout the Northern Cape Province utilizing the questionnaire designed by the National War Room on Poverty. The project will utilize 1000 unemployed young learners who will be identified to conduct the field work. The volunteers will receive training and a stipend from the SETAs.

The purpose of the Balelapa Household Profiling Project is to:

We acknowledge that most questions are similar to those posed in the Statistics South Africa Census, scheduled to commence during October 2011. The first level of Census 2011 information which is information per province and nationally will released during November 2012. The second level which contains information for municipalities and places will be released during mid 2013.

Value of the project:

The Department launched the project in Springbok on May 24 2010. The guests expected at the launch comprise amongst others Northern Cape provincial MEC’s and MEC’s for Social Development (in all provinces), Heads of Department (provincial), Mayors, Municipal Managers, Speakers (municipalities), CEOs of SETAS, among others.

This project will span over 18 months and will be, in essence, an intensification of the War On Poverty Campaign. The support and participation of government departments and State owned Enterprises (SOE) in this project cannot be over-emphasized.