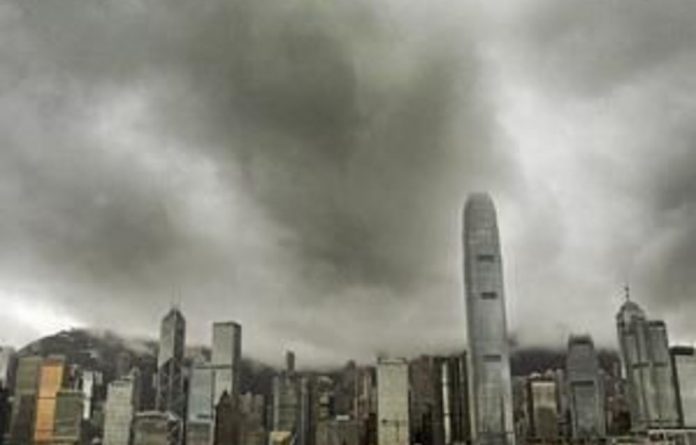 Out on the Star ferry at night, the lights of Hong Kong island and Kowloon were around us, but the sea was black. A stiff breeze was throwing up a nasty choppy sea, making the sampans struggle as they beat against it.

The old brass fittings of the boat, the painted signs in English and Cantonese, the central funnel puffing valiantly — this is the quintessential Hong Kong journey, the one that opens the 1960 film, The World of Suzie Wong. It is inextricably woven into the rich history of the place.

But this is also a place famed for its breathtaking ability to move forward, abandoning the past with a steely lack of sentiment. Land reclamation is pushing the ferry terminals closer to each other, making that precious short voyage even shorter. Even at night I could see the dredgers and barges at work.

Next to me on the polished wooden bench seat of the ferry I had Fred Cheng, a local travel expert. I wanted to see the best of this changing waterfront right now, before some developer fills it in. What’s more, I wanted it in one day — this was a whistle-stopover.

Fred thought a bit, examined the map on his knee and shook his head. “If you want the feel of old Hong Kong waterfront in one day, there’s no time for the ferries. You need a bus, a train and —” he grinned, “a cable car.”

Encroaching development
Next morning I took the hour-long bus ride over Hong Kong island to the waterfront settlement of Aberdeen. There were fleets of fishing vessels lashed together in rows, while little bull-nosed sampans charged among them, ferrying passengers to and fro. I leapt aboard one for a tour of the harbour, actually a sheltered anchorage between Ap Lei Chau (Duck’s Tongue island) and Hong Kong island.

Families in conical hats were busy mending nets in the shadow of slim, glass-fronted skyscrapers. There were plenty of these, and tower cranes working on more — it looked as though Aberdeen’s days as a bastion of tradition and old culture might be numbered. I got myself dropped off at the fish market and wandered inside.

Nothing, certainly not a European fish market, can prepare you for the assault on the senses that is a big oriental seafood market. The staggering propensity of the Chinese to eat almost anything that lives in saltwater means that, instead of a few silvery fishes lined up in orderly fashion, you get the sea turned upside down. There were vats of crabs bigger than dinner plates, giant shellfish, tank after tank of fish — all alive.

Things with feelers, things with spines, things the colour of ripe peaches that were crawling away down the concrete hallway chased by men in aprons brandishing gaff hooks and firehoses that spouted green seawater. There were fish that glared, some that snoozed, a few that fought against captivity with tireless ferocity, leaping from tanks and being gently restored to the water by men with landing nets.

Elsewhere in the world, the ugly, unfamiliar and undersized are thrown to the gulls but in the Far East many of them are considered delicacies. For example, dried fish maws and swim bladders — organs rarely mentioned at your supermarket fish counter — are, a market trader called Lily assured me, a wonderful source of protein. Whatever sins are committed against the seas in this part of the world, European Union-style wastefulness does not appear to be one of them.

I asked Lily how many fish she knew. “Too many!” She rattled off perhaps 30 names. “That’s just the beginning — and I don’t deal in live fish or shellfish.”

A taste of the familiar
Eventually I crossed the road in search of coffee, something familiar. It took a while, delving through places that served soups in which floated inexplicable parts of unidentifiable creatures, or drinks made from grasses, beans and herbal extracts. When I finally found coffee, it was thick with condensed milk. Fred had been right about Aberdeen, I reflected: the old Hong Kong waterfront atmosphere definitely still existed there.

Back in downtown Hong Kong I caught the MTR underground out to Tung Chung station on Lantau, the territory’s largest island, where I boarded the Ngong Ping cable car. This 5km ride took me up over the jungly hills of Lantau with a dog-leg out over Lam Chau and Chek Lap Kok islands, now unified, flattened and home to Hong Kong’s international airport.

These lost islets are not alone in being victims of the feverish rush for development — 14 others have disappeared off the map too, some more permanently than others. Even historical status is no protection: the Queen’s Pier, where every viceroy and visiting monarch had landed since 1925, was erased in 2008.

From there I grabbed a taxi down to Tai O. This fishing village on stilts is also a great local attraction, as people flock here to buy all those delicious swim bladders, sea slugs, prawn eggs, jellyfish tentacles and so on.

Saving the best bits
A small museum skirts politely around Tai O’s role as smuggling port — largely illegal Chinese immigrants during Mao’s time — but covers all the ancient arts of catching the diverse maritime products on display in the streets outside.

Tai O has not been immune to change — the rope bridge into the village is now a steel span — but it does retain great character. After visiting several of its 300-year-old temples, I tried some charcoal-roasted baby cuttlefish, then asked about the swim bladders. There was a big string of them hanging up, looking like discarded yellow bathing caps.

This was one culinary experience I decided to forgo. Next time I buy a whole cod, however, I am going to rummage around for this valuable organ I have been throwing away for years. As any Hong Kong historian must believe, it’s never too late to start saving the best bits. —