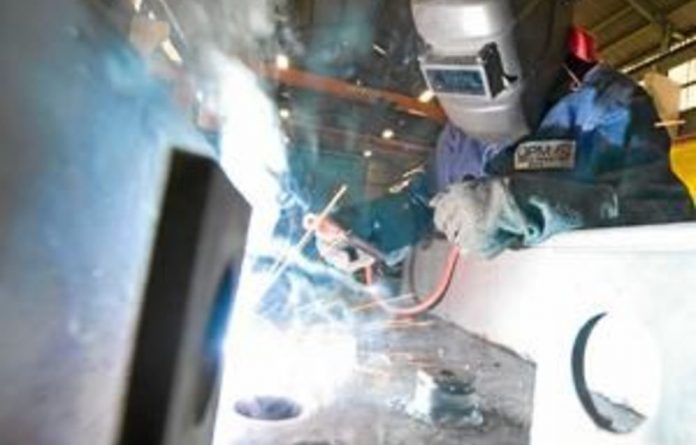 The government’s ambitious new growth plan seems to be faltering, with new research showing that South Africa’s economic growth would have to soar to well above 10% to achieve the 2020 target of five million jobs.

This year the economy is forecast to grow by only 3.2%, revised downwards from 3.7%. A chief concern is the low labour absorption rates in key economic sectors identified by the new growth path as crucial to drive job creation.

The Bureau for Market Research at Unisa believes the number of South African businesses would have to grow by between 50% and 70% for the jobs target to be met.

The bureau’s research, which examined gross value added (GVA) in the utilities, transport, communication, construction, agriculture, mining and manufacturing sectors between 2001 and 2010, found that in five of the 10 years employment growth was negative. There was negative economic growth in only one year (2009), implying that factors other than economic growth, such as global recessionary conditions, affected job creation — and destruction — in South Africa. The latest employment statistics, released in September, show that just 7 000 new jobs were created in the formal non-agricultural sector, amounting to only a 0.1% increase. The unemployment rate stands at about 25%.

Employers choosing investment in capital over labour in the production process could explain the weak translation of economic growth into employment.

The research indicated a major shift away from workers to capital in nine of the 10 economic sectors, whereas all the sectors identified by the new growth path showed a preference for labour over capital in the past decade.

An emerging consensus was developing among economists on the possible reasons for this phenomenon, said bureau research director Carel van Aardt. Labour market rigidity was chief among them, he said, but it was not solely a matter of South Africa’s labour legislation. The interpretation of the legislation by the courts, as opposed to how it was understood by businesses, was also flagged as a problem.

Labour actions were another factor, but these were not merely confined to strikes. “Management prerogative can be undermined by union action,” said Van Aardt.

Skills shortage
Skills were another labour market constraint that pushed companies to invest in technology and machinery instead of employing people. Not only did people lack accepted standard of skills, such as adequate literacy and numeracy levels, there was a mismatch between the skills required by business and those of new graduates.

Many young people also lacked “portable skills” such as good reasoning ability, communication and presentation skills, which were assets in any work environment.

Employers were also confronted with the problem of “capital realisation” when it came to labour, said Van Aardt. He explained this as the long-term value that employers gained from investing in workers versus capital equipment. A business might invest in an employee through training, but it could lose that investment should the employee leave the company or fall ill with a disease such as HIV/Aids. “As such, employers would rather invest in capital than in labour because the value they realise in the long term will be more.”

In terms of business growth, the research indicated that the high cost of starting a company in South Africa was unfavourable. Although legislation was less burdensome for companies with fewer than 25 employees, larger businesses had no incentive to grow and employ more people, said Van Aardt.

A solution to skills woes would be to adjust the country’s profile to include more portable skills and those relevant to labour demand. He also suggested that the unemployed needed to be transformed into entrepreneurs and provided with links to funding and market access. In the same vein, the regulatory burden on businesses needed to be lightened.

Similarly, Sanlam group economist Jac Laubscher argued for a greater focus on entrepreneurship as a conduit for job creation. “The state needs to create an environment that allows people to see opportunities and use them,” he said.

The new growth path and its drive towards creating a developmental state placed too much emphasis on the role of the state. Key “state deliverables”, such as a highly skilled, technocratic civil service and effective education and healthcare system, were not yet in place, he said.