Heeding the call to capture 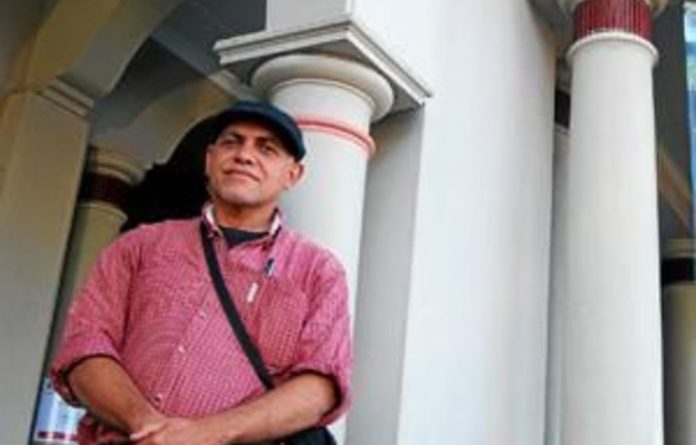 In clear black and white it charts several stories with no seeming end, such as the defiance and humanity exuded by farm labourers facing forced removal in the 1980s, similarly mirrored in 2011 by shack-dweller struggles against evictions to “temporary relocation areas”.

A photograph of rightwingers successfully protesting against Nelson Mandela’s appearance on the campus of the University of Pretoria in 1991 — hatred etched deep into their screaming faces — resonates with the bigoted demagoguery in contemporary race discourse.

Frantz Fanon’s warning that in the post-colony the oppressed emulate the oppressors echoes through every image of the fallout of state-sponsored violence in KwaZulu-Natal then, hinting at Ficksburg or ­Kennedy Road now.

Stumbling over historical baggage
In conversation the 55-year-old Nunn, who recently won the ­inaugural FNB Art Prize at the Johannesburg Art Fair, appears almost resigned to history’s ­continued repetition. But he says it is a trait not peculiar to South Africa and speaks rather of “the human condition, which has been this way for millennia”.

Nunn is wary “of the historical baggage strewn around the place that we [as South Africans] keep stumbling over. We are living with post-traumatic stress disorder [after apartheid] that is very real and has not been treated properly. Instead, we have embraced this rainbow nationalism and projected ourselves into the future as some sort of ‘world-class African country’, oblivious to the huge baggage we are still carrying.”

When Nunn started taking photographs as “quite an angry young activist type” in 1981, it was in response to an internal need to articulate meaningfully his growing politicisation, he says.

Having grown up in a “mixed-race” family in rural KwaZulu-Natal, he left school in standard eight (grade 10) to work in a sugar mill in ­Amatikulu. There he became active in the trade unions while tuning into the “Durban moment” and the emerging Black Consciousness philosophy of activists such as Steve Biko and Strini Moodley.

Nunn’s retrospective is titled Call and Response because, he says, “in a literal way it was because photography, for me, was a calling — not in an aesthetic way but in a political way. I’m not a photographer’s photographer, but I was faced with the question of how do I deal with the social reality of apartheid — and I chose to take photos.”

This, he says, was because of the impact of photographs taken by his friend and co-founder of Afrapix, Peter Mackenzie, then a third-year photography student in Durban.

Intimate moments
“He was taking these social-documentary photographs, which were powerful and rooted in ­communities. They made a profound impression on me and I badgered him to teach me more about cameras and taking photographs.”

Nunn then trained his camera on “representing people that the mainstream media were ignoring”. This included rural black tenant farmers facing eviction and the increasing political violence in KwaZulu-Natal between the Inkatha Freedom Party and the United Democratic Front.

But Nunn’s work extended also to meditative portrayals of ordinary people and their everyday existence — the intimate moments of, and between, black people (coloured, Indian and indigenous African, in apartheid parlance) who were also being ignored or portrayed stereotypically by the mainstream media.

He took pictures of black couples walking on whites-only beaches where they were not allowed to swim, idyllic moments of young children sunbathing at a public pool for “coloureds”, and of his own family.

Nunn interrogated the personal as political in one of his most enduring and intimate projects: the focus on the Nunns — descendants of the original white Zulu, John Dunn, a polygamist hunter-trader who took 48 Zulu wives as he cemented his political and economic position in late 19th-century Zululand.

Uncomfortable with the tag “coloured” or “Cape coloured”, according to apartheid classification, Nunn sought to “understand what this ‘­coloured thing’ was about and I started off from the premise that most coloured people I knew were racist”.

In harmony
“My conundrum was: Why are people of mixed race so racist?” says Nunn, whose family history was included in Paul Faber’s book, Group Portrait South Africa: Nine Family Histories.

“I then discovered my grandmother [Amy Madhlawu, who features prominently in Call and Response] and I was quite amazed by this peasant woman living between Ulundi and Nongoma in this ­wonderful harmony with her Zulu neighbours,” he says.

“She was representative of a slice of South Africa that was possible without the social engineering and manipulation of apartheid.”

Nunn’s photographic interrogation of identity, which also included travelling to Cape Town “to shoot ‘coloured’ people there, before realising that they were different from me and I was unable to make sense or do justice to their reality”.

“Eventually, I came full circle to the Black Consciousness position that ‘coloured’ was a creation of a bigoted, prejudiced past — an ­identity forced on people by a science that has been discredited as non-science.”

The book launch of Cedric Nunn: Call and Response (Hatje Cantz and Fourthwall Books) will take place at Museum Africa on November 24 at 6pm. The exhibition runs until the end of November. Nunn’s Convergence accompanying exhibition is currently showing at the Kwa Muhle Museum in Durban