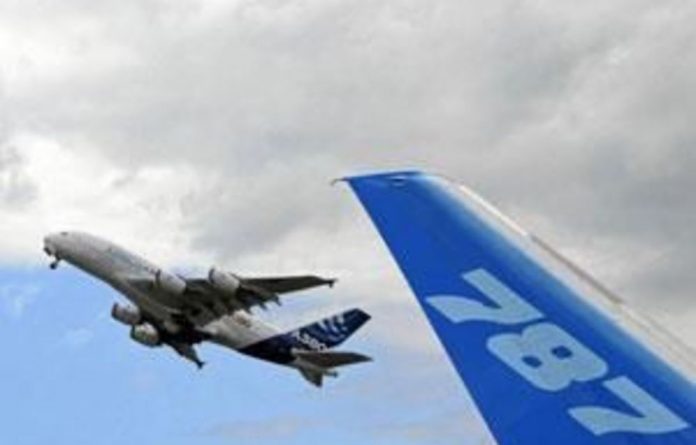 The airline industry is a tough business at the best of times and operators face a slew of challenges, not least of them the ­sustainability of their operations in the future.

Airline safety is tightly regulated throughout the world but the industry’s economics are not dealt with as strictly. This raises the issue of the sustainability of South Africa’s low-cost airline industry, especially in light of two recent additions to the pack: the South African National Taxi Council’s Santaco Airlines and Velvet Sky.

They join Comair’s Kulula, SAA’s offshoot Mango and 1Time. Low-cost airlines typically operate on tight margins, which are being squeezed by rising fuel and operating costs, increased competition and the threat of imminent recession. The recent 70% hike in local airport charges just adds fuel to the fire.

Although South African consumers are enthusiastic about the concept of low-fare air travel, many are cautious after the collapse of Nationwide, Flitestar and Phoenix. Velvet Sky began flying in March between Johannesburg and Durban and Johannesburg and Cape Town.

Santaco airlines has had an inaugural publicity flight but actual commercial flights are yet to get off the ground. The airline plans to offer services between Johannesburg, the heavily underutilised Bisho Airport in the Eastern Cape and Cape Town. Although the so-called golden triangle of routes between Cape Town, Johannesburg and Durban are fairly full (the Johannesburg-Cape Town route is one of the busiest in the world), other opportunities exist, particularly elsewhere on the continent where open-skies policies and deregulation are offering greater opportunities for operators.

Linden Birns, an aviation analyst and managing director of the website Plane Talk, says Santaco’s greatest opportunity is the biggest untapped market — taxi passengers who typically make local long-haul trips by road. But if the demonstration flight is anything to go by, the airline will have to consider carefully the equipment it operates.

The Boeing 737-200 that was used for the inaugural run harks back to the 1970s, is expensive to operate and its design and technology are outdated. “The company will have to buy or lease much newer aircraft to be sustainable,” says Birns. “Jet fuel costs about $115 a barrel and operators need to run fuel-efficient fleets — typically, these are more modern aircraft. Fuel accounts for about one-third of the total running costs of an airline and new-generation aircraft can reduce these costs by about 40%.”

He says the aircraft will have to be efficiently utilised, too, and spend up to 14 hours a day flying, which translates to five or six flights a day. Velvet Sky runs two aircraft and the bulk of bookings are made through its website. Although current operations are local, the company is applying for international licences, a development Birns says is interesting because it addresses the next big market for African airlines: regional destinations in Africa.

“Many of Africa’s bilateral air traffic agreements were designed in the 1940s and are hopelessly out of date. But new commitments to deregulation by countries in the Southern African Development Community mean that South African airlines could operate elsewhere on the continent without having to fly locally. “So, for example, a South African airline could operate flights between Nairobi and Lagos without having to come to Johannesburg. That’s a fantastic opportunity to fulfil pent-up demand for air travel on the continent,” he says.

South African aviation fleets are a curious mix of state-of-the-art ­aircraft and those that are reaching the end of their working lives. Simply, aircraft older than 20 years are so far behind modern design ideas and operational efficiencies that they place the companies that operate them at a severe disadvantage compared to those that run modern fleets. Internationally, airlines are starting to use extraordinarily fuel-efficient aircraft, such as the Airbus A380 double-decker jetliner, to transport large numbers of passengers.

And recently Boeing’s 787 Dream­liner made its commercial debut in Japan. The first medium-sized jetliner that is capable of big-jet ranges, its structure is made from lightweight carbon fibre and it has a one-piece fuselage section that eliminates the need for 1?500 aluminium sheets and 45?000 fasteners. Most notably, this translates to a 20% increase in fuel efficiency.

“There is a 5% growth in passenger and freight demand forecast for the airline industry, which means every 15 years there is a doubling of traffic,” says Birns. Therefore, the question is not so much whether demand for air travel locally and throughout Africa exists — it does — but whether local airlines have the right aircraft, systems and financial models to sustain operations locally and regionally into the future.