Hero’s welcome for the Bokke 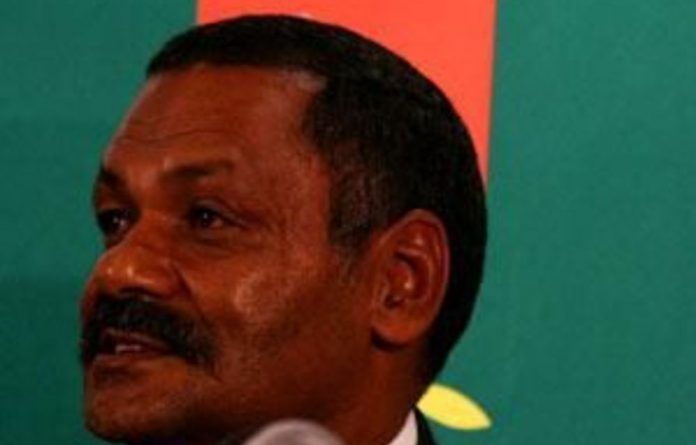 The Springboks received a warm welcome upon their return to South Africa on Monday following their elimination from the Rugby World Cup.

The players were welcomed with loud cheers and applause from hundreds of fans at OR Tambo International Airport in Johannesburg, as they disembarked from their flight from New Zealand just after 5pm.

They may have had their World Cup dreams smashed by Australia on Sunday, but the Boks have been hailed as heroes by their legions of fans who turned out in force to welcome the team home.

The excitement of the supporters belied the team’s dashed hopes of retaining the William Webb Ellis trophy after a 11-9 loss to Australia in the quarterfinals on Sunday.

I did it my way
A very emotional Peter de Villiers briefly addressed the media after arriving back, paying homage to his players, the team’s supporters and the country.

“Thank you, I have never felt more humbled in my life. South Africa is the greatest country in the world. We didn’t achieve what we set out to do but it’s not like we didn’t try — we did our best,” the Springbok coach said.

Although nothing has been announced officially, de Villiers has called time on his tenure as coach following the loss on Sunday, telling Agence France-Presse: “There’s a time to come and a time to go and I think the journey for me is over.”

In what could be seen as the ultimate parting shot, de Villiers offered a tongue in cheek response to questions about any possible regrets during his term.

“I will do everything the same if given the chance again. Well, except I’d bunk media conferences,” he said with a wry smile.

Possible contenders
So while it is yet to rubber-stamped by the South African Rugby Union (Saru), de Villiers’s imminent departure has set the rumour mill ablaze with possible replacements.

The most popular name being bandied about at the moment is that of Rassie Erasmus, de Villiers’s technical consultant at the World Cup.

With extensive experience coaching at provincial level, a feel for where the team now stands along with national experience under his belt, Erasmus may well be best placed to take over the reins.

He will face some stiff competition from the likes of Cheetahs coach Naka Drotske, Stormers coach Alistair Coetzee and former Bulls coach Heyneke Meyer, who all have earned possible consideration for the post.

According to the Cape Argus, even former Springbok coach Jake White has made known his intentions applying for the job that saw him deliver the 2007 crown.

“Being at the World Cup [in New Zealand] and experiencing the tournament has re-ignited my desire to get back into international rugby. Whenever the job officially becomes available, I’ll definitely put my CV in,” White told the Cape Argus from Auckland.

Whomever the next coach turns out to be, they will face a stiff challenge in rebuilding a side that has lost priceless experience with several players retiring after the tournament.

The likes of skipper John Smit, his deputy Victor Matfield and scrumhalf Fourie du Preez are to name but a few seasoned veterans whose final whistle has been blown on their Springbok careers.

With four years to build until the next World Cup in Japan, the task will need a solid plan coupled with the motivation to take unpopular decisions for the sake of success.