A clean audit is an achievement 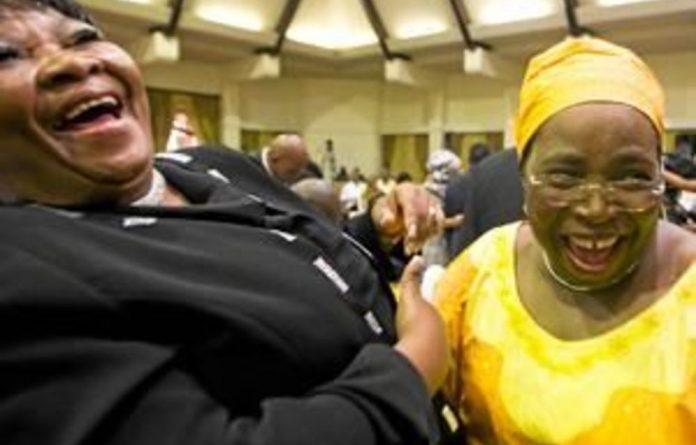 The South African government is prone to international public relations disasters and own goals. Worst of all, we do not even attempt to explain many of the decisions that cause us international embarrassment — the patent refusal to give Tibetan spiritual leader the Dalai Lama a visa being the most recent example.

One minister who always used to be at the forefront of such controversies was Nkosazana Dlamini-Zuma, who, ironically, was blamed for the decision to turn down the Dalai Lama’s visa request in March 2009.

She is now the minister of home affairs, which has been one of the worst-run departments since the launch of the democratic dispensation in 1994. Last week the auditor general announced that the department had obtained a clean audit for the first time in 16 years. It was a remarkable achievement by a minister who had got down to work from the very first days when she was appointed in 2009. During the fractious period before the Polokwane conference in 2007 her name was punted equally by the warring factions; she herself was mostly silent. Her name ended up on the Thabo Mbeki slate, a list that was destined for defeat at the historic conference.

After she finished her term as foreign affairs minister in 2009, Jacob Zuma kept her in his new Cabinet, appointing her head of home affairs. Throughout her career in Cabinet Dlamini-Zuma has been known for her tough demeanour. And she lived up to that billing a year into her new office when she took on billionaire Robert Gumede, who is highly connected in ANC circles, by cancelling his R3-billion contract with home affairs. The contract was to overhaul the department’s IT infrastructure, but the government said the company had missed numerous delivery deadlines. Later they reached an ­agreement that the work would be performed at a much cheaper rate this year.

Since 2007 her name has hardly featured in any political speculation about positions, reflecting her desire to get on with her work and leave politics to the ambitious against the more ambitious. Dlamini-Zuma may not be likeable as a person, coming across as aloof and unapproachable, but she deserves credit.

I am making this point particularly because there have been those who have sought to put her achievement “in perspective”, arguing that every government should be expected to achieve a clean audit anyway. And when they do it should not be hailed as an extraordinary feat — we should be raising the bar when assessing government performance. But the proper perspective is that three government ministers and their bureaucrats had failed to get to that bare minimum for 15 years and clearing that bar should at least give us confidence that she is on the right path.

The clean audit is not an isolated case; there has been a major turnaround in the time required to process passports and identity documents. Other achievements include a drop of at least 50% in the availability of duplicate IDs, a major headache for South Africa internationally. Dlamini-Zuma had inherited a department overwhelmed by corruption, slow service delivery and a failure to document properly foreign African nationals crossing into the country.

Home Affairs director general Mkuseli Apleni told the Mail & Guardian that the minister had advised him it was “important for us to make sure that we deliver on our services, but [there needs] to be a balance, which is 50-50. Not a 35% on finance issues and 65% [on services].”

He said that when he took over as director general Dlamini-Zuma told him about the importance of cleaning up the department.

“She said we can do everything — but if we are not balancing the finance side, that good work we are doing gets tainted. A [good] organisation is an organisation which balances on its line function responsibility as well as the financial side of issue, because we are using taxpayers’ money. So we need to be able to account properly to earn the confidence of the public in what we are doing.”

That lecture had been accompanied by the hiring of appropriately qualified accountants from the private sector to do the work.

So, yes, for every cringe that we feel at being represented by Co-operative Governance and Traditional Affairs Minister Sicelo Shiceka, State Security Minister Siyabonga Cwele and Public Works Minister Gwen Mahlangu-Nkabinde, we do at least have Dlamini-Zuma and Health Minister Aaron Motsoaledi.

You’ve earned your rest, Arch. Go dance with the angels