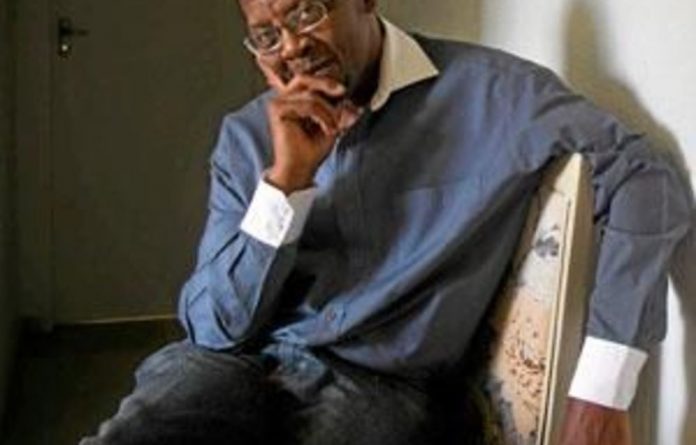 The PFC had broadened its mandate beyond an investigation of media self-regulation, to include co-regulation, independent regulation and statutory regulation, Langa told a news conference in Johannesburg on Wednesday.

An independent body of nine commissioners from different sectors of society, the PFC was launched on July 7 to enable ordinary South Africans to feed into its inquiry into press freedom and help shape a regulatory system suitable for South Africa. "We're flexing our muscles as a commission," Langa said.

The PFC launched its "Listening to South Africa" campaign on press freedom and regulation this week, in a bid to find out what South Africans think of the press ombudsman's office, the press code and the complaints procedure.

To this end, it is also investigating systems in India, Denmark, the United Kingdom and Tanzania. "I've always said that as a South African, I would be proud to have self-regulation, as it gives the maximum freedom. But we are an independent body and we need to listen to all South Africans," Langa said.

The commission intends to place advertisements in newspapers and on radio and television in all indigenous languages calling for comment.

Critical questions
PFC commissioner Phillip Mtimkulu, a Unisa academic and former journalist, told the Mail & Guardian that the critical questions the PFC must address include whether the government and South African society have a case against the press and, if they do, whether that implies a need for statutory media control.

The PFC has conducted research into best international practice, scrutinising the question of how media freedom should be squared with the constitutional rights of dignity and respect. One of the ANC's major complaints is that the press does not have sufficient regard for the privacy and dignity of individuals.

Next month the commission will travel overseas to carry out further research. It plans to hold public hearings in January in cities across South Africa in all local languages, as well as to liaise with grassroots and community media in outreach programmes. It will compile a final report on its findings in February.

Mtimkulu said the issue of the Media Appeals Tribunal would inevitably come up, as its supporters wanted it to be 'mediator and arbitrator on all complaints against the press”. In a related development, the Press Council of South Africa has moved to tighten the current system of press self-regulation.

From Saturday, the old Press Code will fall away and a new code, containing amendments on privacy, dignity, public interest and the use of anonymous sources, will come into effect.

Bans, arrests
The PFC's campaign coincides with the annual commemoration of 'Black Wednesday”, when, on October 19 1977, The World and Weekend World newspapers and Pro Veritate, the newsletter of the Christian Institute, were banned, along with 19 black organisations. A number of journalist and editors were detained.

It did so amid continuing worries about a Media Appeals Tribunal and the Secrecy Bill, which sections of the ANC and the South African Communist Party are determined to pass into law.

The dark days of the end of the world

Joe Latakgomo, The World's news editor, knew something was amiss when he arrived at the paper's Industria, Johannesburg, offices at 6am on October 19 1977 and saw that the chief sub, Maggie Patterson, was not her "usual chirpy self".

Patterson had not started her usual early-morning copy-tasting for the first edition. "Right then, I knew something was wrong, and she confirmed it," said Latakgomo, now Avusa Media's public editor. "We've been closed down," she declared.

"Then the telex sprang to life: 19 black organisations had also been banned. As the staff trickled in, we broke the news, but asked everyone to go on with their day as if nothing had happened. We even prepared a front-page story about the banning of the newspaper and set about getting comments.

"As that day unfolded we were told of the arrest of black leaders. But even worse, when the editor, Percy Qoboza, arrived at the office, the security police were clearly watching. We had convened a press conference and the local and international media converged. "The police struck, arresting Qoboza. They could not have set a better stage for the international media."

Latakgomo said "the nation should be afraid, very afraid" because of the threats hanging over the media.

On the morning of Black Wednesday reporter Collin Nxumalo, now editor of Aspire magazine, had an "eerie feeling" as he headed to work.

As he sat down to report for the afternoon edition, he was told he "shouldn't bother" because the "paper's been shut down".

Nxumalo said: "It's somehow disconcerting to hear our government voicing disapproval of the media, raising the same issues as the apartheid government when it was preparing to shut down newspapers.

"The noises coming from senior ANC members, with the seemingly intimidating acts against journalists, such as when the police arrested senior Sunday Times writer Mzilikazi Wa Afrika last year, point to the return to the dark days of the draconian era." — Glenda Daniels