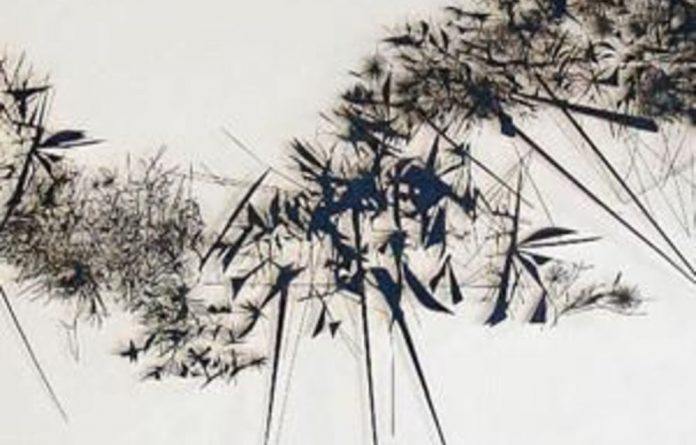 Activist art sometimes has the unintended effect of turning the uninitiated off an issue.

Sensationalist, tacky, pedantic or preaching “artists” who have tried to persuade us that the planet is dying and that it’s all our fault fail to enlighten or mobilise us. Like news headlines, they simply bore us with the chorus.

It doesn’t help that green activists sometimes fail with too-overt screams that deafen with rhetoric.

Yet there is a need to articulate global concerns.

A public art-meets-climate-change conference called Hot Water intends to do so this weekend.

Opening on October 14 at the University of Cape Town’s (UCT’s) Hiddingh Campus, the conference is organised by the Gordon Institute for Performing and Creative Arts (Gipca) in association with the African Climate and Development ­Initiative and UCT.

Gipca director Jay Pather says the conference “brings together scientists and artists to look at what needs to be said and what are the most effective ways of saying it”.

“There is a growing consciousness of the abuse wrought on our natural environment. Whether it has been through pure greed, mismanagement, carelessness or, at best, ignorance, the lack of sensitivity towards our only home has come back to haunt us,” says Pather.

“The arts are well placed to develop a consciousness of habits and destructive behaviour. Visual arts and performance have the power to move, startle and deepen one’s consciousness.”

Seeing nature
The conference is being organised in the context of Durban’s upcoming COP17, the United Nations conference on climate change scheduled for December.

The tone of the conference’s conversation was aired at a recent walkabout of the accompanying visual art exhibition, titled Threshold. Its curator, Virginia MacKenny, a UCT-based senior arts lecturer and the 2011 Donald Gordon creative arts award-winner, gathered 19 artists together to reflect on “how we see nature”.

MacKenny mentioned a host of environmental insights during her walkabout.

“Vegetarians have a 75% lesser carbon footprint than those who eat meat” was an interesting fact worth repeating.

“The exhibition is meant to be a delicate exploration of the kinds of things that we might not notice. When newspapers talk about green issues, they hammer everybody to turn off their lights. People have got a bit bored with that,” MacKenny said. “It is about reflecting upon your relationship with the world outside and remaining conscious of it.”

Speaking about the local context of the show, MacKenny said that although Cape Town might be “close to nature”, Capetonians have become “blunted to our relationship with the environment. This is not a noisy, dramatic exhibition — and some activists would think this exhibition is too tame and not vocal enough — but, hopefully, it will prompt reflection”.

Constant consumption
The works are intended to appeal to those suffering from an overload or “fatigue” with constant messaging, MacKenny said.

Among the art works is a ticking clock that disturbs the quiet gallery space with its deadline effect. Other works remind us that animals and plants are dying out as a result of the increasingly destructive consumption patterns of humans.

Artist Kim Gurney’s 626 Insects is littered with string tags that indicate endangered creatures. The tags resemble those tied to the toes of corpses in a mortuary.

Hottentots Holland: Flora Capensis 2 by Andrew Putter is a photograph that depicts extinct Western Cape flowers. These works tell us that all we might have left of our natural world are pictures of what once existed.

Carbon Cloud by Lyndi Sales is a more literal warning sign. It is a wall-mounted cloud made out of carbon paper. It hangs above the viewer’s head and reminds us about the carbon emissions that have led to climate change.

Both the conference title, Hot Water, and the exhibition title, Threshold, imply that we have reached the “upper limit to tolerance levels as climate change shifts the balance of long-established eco-systems”, according to MacKenny.

The Hot Water conference includes a talk by an environmental lawyer, dance performances, a tour of the Threshold exhibition, poetry performances as well as panel discussions.

Threshold runs at the Michaelis Gallery on Hiddingh Campus until October 19. For more information, go to gipca.uct.ac.za