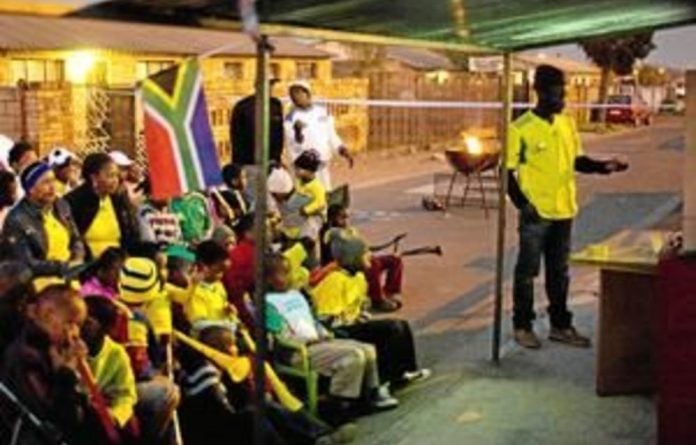 The world is going digital and as it does it is dragging the media and entertainment sectors with it, whether they are prepared for it or not.

PricewaterhouseCoopers’ South African Entertainment and Media Outlook 2011-2015 paints a picture of this changing landscape. The report focused on 13 specific sectors, examining how well they did in the five years between 2006 and 2010 and how they are predicted to do going forward to 2015.

It indicated that the entertainment and media (E&M) sector as a whole grew by 21.1% in 2010, up from the modest 3.7% growth in 2009. “This large growth was fuelled principally by spending associated with the 2010 Fifa World Cup,” said the report.

The fastest-growing sector in 2010 was predictably sport, growing at a whopping rate of 86.4%, because of the World Cup.

The only sector to decrease was music, shrinking by 4%.

The report explored some key themes of this changing landscape; notably the concept of the empowered consumer and the form future media and entertainment companies will take in the digital future.

The empowered consumer
Media and entertainment companies have a new type of consumer.

“All interactions are being affected by rising consumer expectations,” according to the report.

“Consumers are empowered, connected, able to influence large communities of people and ready to play an increasingly collaborative role in developing new E&M products and services.”

The report said consumers love playing an active role in shaping content and this is already evident in the rise of social media. “Social media, mobility and the explosion of application software have already had profound impacts and these will continue to grow,” said the report.

It argued that more focus needs to be spent on the repackaging or multi-purposing of content for multiple technology platforms; for example, a newspaper that has an iPad edition or the ability to watch television shows on demand on an iPad.

The introduction of tablet computers and electronic reading devices has begun to change the media and entertainment sectors and consumers appear to be prepared to pay for content when it is delivered in an application format to a device, but not when it’s already provided for free on a website on the internet.

Transforming businesses for digital
Another key theme in the report was businesses gearing up for the digital world.

The report indicated that it is clear digitalisation will continue to open up major opportunities for new types of services, business models, collaborative synergies and consumer relationships.

“The new landscape is already emerging,” said the report. “Across the leading digital markets, we are seeing pipe owners, content owners, device manufacturers, operating systems and application developers working together in varying configurations.”

The report suggested that a new form of operating model will spring up in the entertainment and media sector and called this company the collaborative digital enterprise (CDE).

“The CDE has its roots in technology, but is much bigger in that it is designed for an environment of constant disruption — and opportunity — caused by the emergence of the digital economy. This transformation means technology is no longer an isolated or enabling element within the enterprise. It is the enterprise.”

In time the technology and device landscape will shift towards open standards, but until then flexibility of content is key.

This will lead to a changing workforce, which will shift from people who create content to those with the skills to repurpose it across multiple platforms.

Media and entertainment companies will have to get involved in data mining, which involves using the information they hold through social media to target their consumers better.

“Effective data mining helps companies by applying robust management information and analytic systems and metrics that drill down into customer and operational data to gain insights into individual consumer’s behaviours and preferences.”

The report highlighted that advertisers were demanding more value for their advertising spend in the digital realm.

They are “listening to – and engaging directly with” — their consumers more than ever before, mostly through the opportunities that social media present.

Whereas in the past companies used to conduct detailed research and planning before a launch, now they simply put something out there and see whether consumers take it up, said the report.

“In effect companies use the social networking community as a collaborative testing environment for the commercial viability of new ideas.”

Television sector makes strides
The television market in South Africa grew 18.8% in 2010, the largest growth rate in the past five years. This was fuelled by a 25.2% increase in subscription services, driven by the launch of Top TV and Multichoice’s DStv Compact offering.

The overall number of subscribing households is expected to increase from three million in 2010 to an estimated 4.75-million by 2015 and the average subscriber will be paying a rate just less than R300 a month.

Mobile television is expected to grow substantially off a small base, driven by the greater proliferation of tablets, which is seen as an increasingly popular platform for mobile television because of the size of their screens.

Multichoice launched its mobile TV service in 2010 and, according to the media and entertainment report, e.tv is testing its offering for a planned launch later in 2011.

SA music: two sides of one coin
The music industry in South Africa is a tale of two sides.

Essentially, recorded music is on a downward slump, whereas live music is seeing healthy growth.

However, there is also a 24% growth rate in the digital music market, which is growing off a small base. “In contrast with most other countries, where physical spending has been falling for a decade or more, the physical market in South Africa has been increasing through to 2007,” a report on media and entertainment said.

“It was only in 2008 that physical spending began to decline. “The digital music market in South Africa is now beginning to become more meaningful.”

This is being driven by a substantial increase in broadband penetration and affordability.

Combined, a decrease of 3.8% is expected.

Live music is predicted to expand at a rate of 7.7%.

One major positive is that more than half of all music sales in South Africa were for local artists, with six out of 10 of the top downloaded songs and four of the top 10 downloaded albums in 2010 being local.