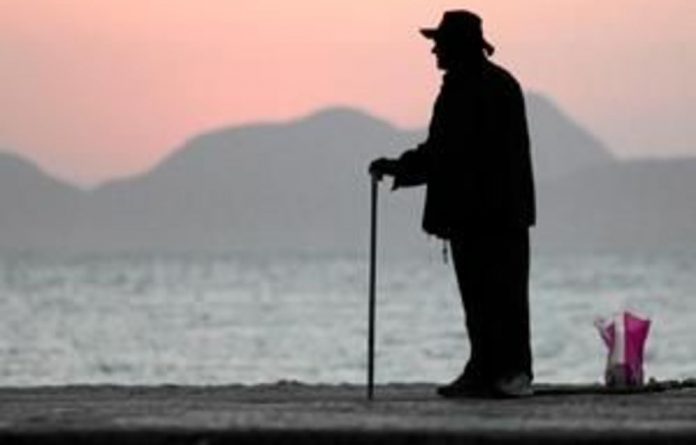 As a taxi takes me across Madrid to the laboratories of Spain’s National Cancer Research Centre I am fretting about the future. I am one of the first people in the world to provide a blood sample for a new test, which has been variously described as a predictor of how long I will live, a waste of time or a handy indicator of how well (or badly) my body is ageing. Today I get the results.

Some newspapers, to the dismay of the scientists involved, have gleefully announced that the test — which measures the telomeres (the protective caps) on the ends of my chromosomes — can predict when I will die. Am I about to find out that, at least statistically, my days are numbered?

The test is based on the idea that biological ageing grinds at your telomeres. And, although time ticks by uniformly, our bodies age at different rates. Genes, environment and our own personal habits all play a part in that process. A peek at your telomeres is an indicator of how you are doing. Essentially, they tell you whether you have become biologically younger or older than other people born at about the same time.

The key measure, says Maria Blasco, a 45-year-old molecular biologist who is head of Spain’s cancer research centre and one of the world’s leading telomere researchers, is the number of short telomeres. Blasco, one of the co-founders of the Life Length company which is offering the tests, says that short telomeres do not just provide evidence of ageing. They also cause it. They are often compared to the plastic caps on a shoelace, there is a critical level at which the fraying becomes irreversible and triggers cell death.

“Short telomeres cause disease because when they are below a [certain] length, they are damaging for cells. The stem cells of our tissues do not regenerate and then we have ageing of the tissues,” she says. That, in a cellular nutshell, is how ageing works. Eventually, so many of our telomeres are short that some key parts of our body may stop working.

The research is still in its early days, but extreme stress, for example, has been linked to telomere shortening. I think back to a recent working day that took in three countries, three news stories, two international flights, a public lecture and very little sleep. Reasonable behaviour, perhaps, for someone in their 30s, but I am closer to my 50s. Do days like that shorten my expected, or real life-span?

People with similar worries — or, perhaps, just Woody Allen-style neuroses about their health — have begun to contact the company set up by Blasco.

Requests have poured in from around the world since a headline writer at the London-based Independent, perhaps misled by Life Length’s ambiguous name, invited readers to find out about “The €500 test that tells you how long you’ll live”. The internet did the rest.

‘Biological age’
Blasco’s still tiny company, originally set up to help researchers and the pharmaceutical, health food and cosmetics industries test the impact of their products on telomeres, has been caught by surprise by the flood of individual requests. But the test is available, as of this month, via doctors in Spain and Portugal and there are plans to make it easier to carry out in the United Kingdom and the United States as soon as possible. It expects a potential gold-mine in testing what it calls people’s “biological age”, though it is by no means alone in the field. So, what can Blasco tell me about my test?

“You actually have very good news,” she said, pointing at a chart that looks as if it has been blasted by shotgun pellets. My telomeres — especially the more dangerous, shortest ones — are in better shape than would be normal for my age. The pellet points are individual results from those people who have been tested and introduced into this database so far and the red dot representing my blood sample is on the better side of the two graphs Blasco shows me. One graph shows median telomere length, while the other shows how many crucially short telomere endings I have. In each case, a line on the graph shows the average result against age.

The test on about 100 000 of my telomeres, compared with the other results on the admittedly small database being used by Life Length when this test was done in the summer, give me a “biological age” six years below my real age. With only 90 other men on the chart so far, all with different lifestyles and genetic backgrounds from mine, I should avoid feeling smug. Eventually, when there are thousands or more on the database, I might get a better idea of what results people more like me should expect. I have a reasonably healthy lifestyle, after all, and previous generations on both sides of my family have been longlived.

However, according to a New York Times interview with 2009 Nobel prize-winner Carol Greider, who Blasco trained under, individual telomere tests are not much use. “The science really isn’t there to tell us what the consequences are of your telomere length,” she said.

Blasco, obviously, disagrees. So does Elizabeth Blackburn, who shared the Nobel prize for telomere research with Greider and Jack Szostak and has set up her own Telome Health company to start offering tests later this year.

Blasco compares the state of telomere testing to the early days of cholesterol tests and believes it should become common once the price drops and research is done to beef up databases, improve interpretation and create telomere-restoring treatments.

“This is a different kind of marker. It is a new, molecular marker. Even though we measure telomere length in blood cells it has been shown to be an indicator of the degree of telomere shortening in the whole organism,” she said. “And we think it is very powerful, based on what we know from hard science.” Even so, she is insistent that the test is not a magic measure of life length.

“We don’t tell anyone how long they will live. It is the doctor — and we want to do this with doctors — who will tell you what is known about the meaning of this measurement and what you can do and what you cannot do,” said Blasco.

I notice that a few of the 90 men on my chart have apparently alarming results. Their telomeres indicate a “biological age” 20 years or more higher than their real age. This means that, at least statistically, they may be much closer to death than most people their age. One of these men comes from a family with a long history of early cancers, according to Life Length’s chief executive Stephen Matlin. He has offered those with worryingly high results a free second test after three months to see whether anything has changed. My report also warns, however, that results may reflect temporary illness or ongoing medical treatment, effectively skewing them.

And some results on the chart look plain bizarre. One test, for example, appears to have — at least statistically — a biological age of about 120. Two people aged above 60, together with a clutch of 30-year-olds, have an estimated biological age below zero, presumably because their telomeres are in better shape than might be expected of the average baby. Life Length said this reflected the fact that little research had been done on the telomeres of the very young.

“Some of the new [research] papers appearing in top journals are to do with telomorase activation,” she said.

“That is one aspect. The other is that we are seeing a lot of epidemiological studies showing correlations between telomere length and certain diseases and which habits are good or bad for telomere length.”

She said the idea that telomeres could be “re-elongated” and hence that biological age could be reversed did not open the door to immortality, even if scientists have been able to extend a mouse’s age up to 40%. “That’s a lot, but nobody has been able to make a mouse that is immortal,” she says.

I am tempted to repeat the test again, mainly out of a competitive desire to get better, but only if (as on this occasion, when Life Length waived the €500 fee) I can get it for free.

Far more interesting, however, has been a glimpse of the future when telomere testing, and popping pills to repair the tips of our chromosomes, may allow us to live both longer and healthier. I am persuaded, too, that the aim should be to make sure we live our years out in good health. So why all the rushing about?

Ageing and the secrets of our genes

Speak more than one language? This is what it does to your brain.