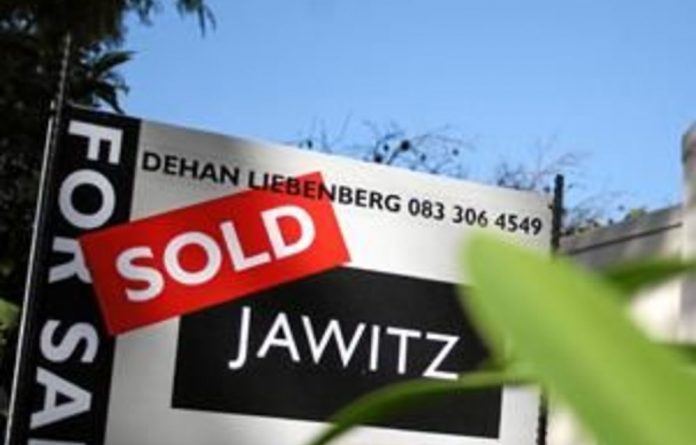 Now may be the time to apply for a home loan as pressure from Basel III will see lending rates increasing further.

In the late 2000s the mortgage rate was typically prime minus one and 100% mortgages were easily available.

That has changed significantly and the prime lending rate is now reserved only for the “prime” clients.

The reason? The cost of credit has increased threefold because of the financial crisis. Depositors, pension funds and corporates with money to invest are demanding far higher interest rates to compensate for increased global risks, which in turn is squeezing the lending market. Although the prime lending rate is priced off the repo rate, it is the cost of funding from institutional deposits that determines the mortgage rate.

Banks are paying more for the funds that they are lending on and, once the provisions of Basel III come into effect, these costs will increase further, said Funeka Ntombela, head of home loans for Standard Bank.

The customer’s rate remained unchanged whereas the input funding costs rose substantially. Legally banks can increase the loan rate on home loans taken out prior to the National Credit Act, but the brand risk would be great.

Most banks’s home-loan books were done at prime less 150 basis points and that is now hurting home-buyers. Today the average home loan is above prime and clients would have to be able to walk on water to receive a rate of one below prime.

Ntombela said the provisions of Basel III in its current form would add a further 80 to 150 basis points to the mortgage lending rate.

Stable funding is defined as deposits held for one or more years. And the longer the fixed deposit, the more the banks have to pay for that deposit.

Increasing the client’s deposit requirement when taking out a home loan is one way of trying to lower the cost of credit.

According to Basel III, if a client has a 20% deposit, the bank has to hold only 65% in stable funding. Any deposit less than that and the bank must hold 85% in longer-dated instruments.

“Currently it is estimated that under the provisions of Basel III that offshore banks may need as much as $5-trillion capital, so input funding will go up 100%,” said Ntombela.

There is an argument that South Africa as a growing economy needs to be more circumspect and apply some discretion. The provisions of Basel III will, however, price thousands of aspirant first-time home-buyers out of the market.

Banks have made presentations to the Reserve Bank to request a moderation of Basel III requirements for emerging markets.

The final provisions of Basel III will be released in 2015 with an implementation date of 2018.

Chasing a limited pool
Although banks claim that they are open to do home-loan business, they are lending only to a select few those who have a deposit and a clean credit record — as their risk appetite falls.

According to statistics published by ooba in August, the year-on-year average bank-decline ratio remained unchanged at 46.1%.

The market has already shrunk from R350-billion of new mortgages a year to about R120-billion a year as banks become more selective. Of the R120-billion, only 50% to 60% is new business.

Looking at the Reserve Bank’s BA 900 figures, only Standard Bank and FirstRand grew the size of their home-loan books in the first seven months of the year. Standard’s book grew by R9.5-billion and First Rand’s by R2-billion. Absa’s book declined by R4.5-billion and Nedbank’s by R1.85-billion. Although these are averages and include loans that have been paid off, it provides a picture of current trends.