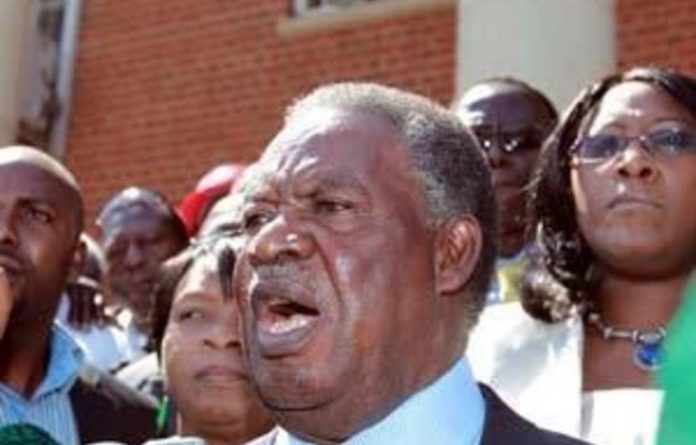 Zambia’s new President Michael Sata on Friday said he wanted to draft a new Constitution by the end of the year as part of his drive to weed out corruption and change the way Zambia does business.

“We are committed to delivering a new, people-driven Constitution within 90 days,” Sata said in his first address to Parliament since winning last month’s elections.

“We attach great importance to issue of good governance,” he added.

Sata campaigned on a promise to enact major reforms within 90 days of taking office, and has wasted little time overhauling the government, which had been run for 20 years by the Movement for Multiparty Democracy of former president Rupiah Banda.

Sata said he would strengthen anti-corruption legislation by putting back on the books the offence of abuse of office, which the previous government had repealed.

“We will investigate acts of corruption by the previous government. Our country needs a new beginning,” Sata said.

“If found wanting, you will be prosecuted regardless of your status. I want to sound a timely warning that this government has taken a zero stance to corruption,” he said.

‘I’m allergic to corruption’
One of his first acts was to sack the head of the Anti-Corruption Commission, Godfrey Kayukwa, who had been accused of bungling graft investigations and was perceived as close to Banda.

He was accused of mishandling enquiries into corruption allegations against Universal Print Group, the company that printed ballot papers during the past two presidential elections.

Sata campaigned on a pro-poor platform, promising to crack down on corruption.

Banda’s government had refused to appeal the corruption acquittal of former president Frederick Chiluba, whom investigators accused of embezzling $500 000 during his 1991 to 2002 presidency.

The Banda administration fired Task Force on Corruption boss Max Nkole after he tried to appeal the ruling. Then it disbanded the Task Force.

“We are putting in measures to eliminate corruption and we will firmly stand on the rule of the law,” he said. “If you are followed, don’t be saying Michael Sata is following you. It will be the law following you. My government will fight corruption.”

“Nothing will be exported from Zambia without evidence that it will be paid for. Exports should benefit the people,” Sata said.

Last week Sata briefly suspended metal exports, saying the government would soon issue new guidelines for exports. After businesses raised concerns about cash flows, he agreed to allow sales to continue under the existing regime until new rules are finalised.

Sata made no mention of a new tax regime in his speech, although he has promised to raise mining taxes to benefit the nearly two-thirds of Zambians living on less than $2 a day.

The novel coronavirus has not only claimed Zambian lives, but has also put the country’s democracy at stake
Read more
Advertising