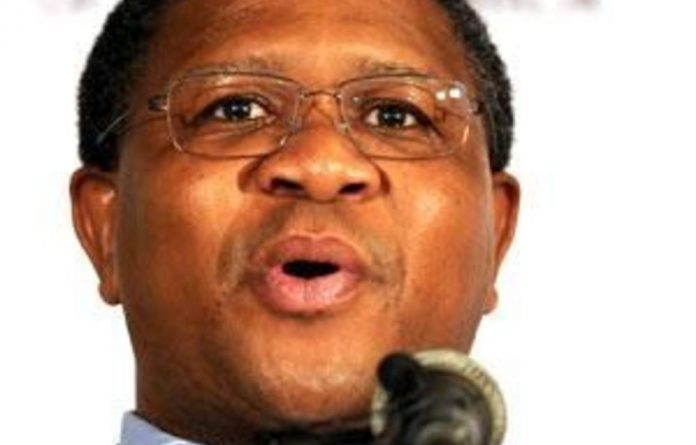 Mbalula told a news conference he would not be deterred by the threats and was appointing a retired judge to investigate the matter.

“I got calls last night telling me to get out of this cricket thing, to leave it alone because it would be very dangerous for me,” Mbalula said.

“But I will not be threatened because we must be decisive in acting against corruption, otherwise what will we say to the next federation that gobbles money? If I’m going to turn a blind eye then we will become a banana republic.”

Auditors KPMG were appointed to look at bonuses paid to Majola and other CSA staff in connection with the staging of the Indian Premier League and ICC Champions Trophy tournaments in 2009.

The sports minister said he would name the retired judge and his terms of reference before the end of next week in a bid to bring conclusion to a matter that has plagued CSA since August 2010.

“We have a responsibility to protect the taxpayers’ and sponsors’ money that is pumped into cricket and also to ensure that the Proteas badge and South African flag the national team wear is respected,” said Mbalula.

“It is important to adhere to good corporate governance and all the judge’s recommendations will be followed through. I want this to be finished before Christmas … We cannot allow this thing to stay on us like an albatross,” Mbalula said.

“If heads need to roll, they are going to roll very fast in the best interest of the South African people and the good health of the sport that is loved by the majority of South Africans.”

The committee would be headed by a retired judge. It members and terms of reference would be announced next week.

The KPMG audit recommended that CSA’s remuneration and travel allowance policy be reviewed.

It found an apparent nondisclosure of bonus payments to CSA employees, contrary to the requirements of the Companies Act, and suggested that CSA seek the legal advice of senior counsel.

CSA took a majority vote to accept the forensic report and sought the legal opinion of advocate Azhar Bham.

Bham’s report confirmed that Majola had breached sections 234 and 235 of the Companies Act.

Mbalula said CSA had possibly not applied its mind properly, relative to the seriousness of the contraventions of the Companies Act and, therefore, its decisions and actions needed to be independently interrogated and reviewed.

He said the government had a responsibility to protect sponsors’ and taxpayers’ money invested in the sport.

He found it interesting that CSA’s board had acted swiftly to remove its former president Mtutuzeli Nyoka, who dared to question its actions, but had been slow to act to protect good governance within the organisation.

Nyoka was axed at a special meeting on Saturday after making repeated calls for further action to be taken against Majola.

The board dismissed Nyoka in February, but he fought his removal in the High Court in Johannesburg and was reinstated two months later.

While Nyoka continued to argue for sterner measures to be taken, the board backed Majola and ousted Nyoka for bringing the organisation into disrepute by disregarding the majority decisions of the board and damaging its reputation.

AK Khan, the CSA’s acting president, said in a statement: “I can promise the minister our full cooperation. We will be studying his full statement once we have received it and I look forward to discussing the matter further with the minister when we meet this afternoon.” — Reuters, Sapa