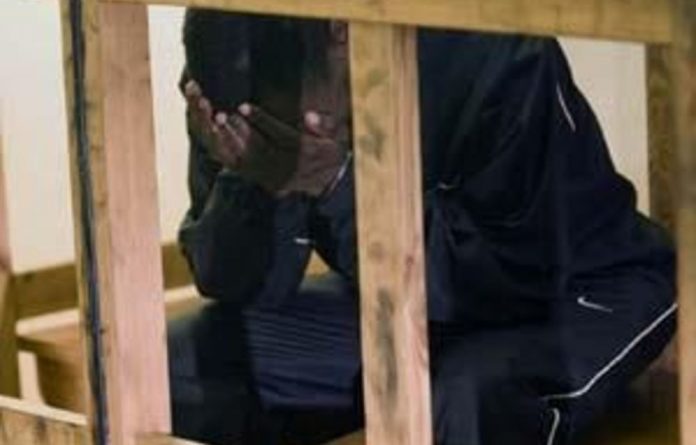 The state’s case linking the minor accused of killing Afrikaner Weerstandsbeweging leader Eugene Terre’Blanche to the crime was pulled apart by the teenager’s lawyer on Monday afternoon, as the second week of the murder trial got underway in Ventersdorp.

Made starkly apparent was that police failed to follow correct procedure, especially with regard to the teenaged accused, who was stripped and interrogated without his parent’s knowledge or consent.

Terre’Blanche was beaten to death on April 3 last year — his death made international headlines and prompted fears of race-based violence.

Accused Chris Mahlangu (28) and a suspect who was 15 at the time of the crime were picked up on the night of the murder and taken to Terre’Blanche’s North West farmhouse where his body was discovered.

Both have pleaded not guilty to murder, robbery with aggravating circumstances and housebreaking.

Defence laywer for the teenager, Norman Arendse, in his cross examination of the witness once again uncovered sloppy police work and a “missing” statement. He also accused state witness Constable Peter Modise of “lying and making up stories”.

Modise, who took the stand on Monday morning, is the first witness who has implicated the minor in the actual killing, while testimonies last week only linked him to attempted robbery.

‘Something like blood’
Modise told the court the teenager told him from the back of a police van he had “overpowered” Terre’Blanche in a fight about unpaid wages. He also said the suspect had “something like blood on his boots”.

But the state was later forced to admit that forensic testing showed that the teenager’s white rubber boots had no evidence of blood on them.

Then Modise, like his colleague Captain Jack Ramonyane, admitted his police work was not up to scratch.

“Up until today when mistakes were shown to me, I did not realise there were mistakes,” said Modise.

Ramonyane, who arrested the two suspects, admitted last week to fabricating evidence in his second statement written weeks after the murder.

Modise also had his statements questioned by the defence because most of what he said, which implicates the minor in the murder, had not been recorded in his statement or his notebook.

Modise testified furniture in the house was “scattered” and revealed evidence of a fight but this also had not been recorded in his confession or his police pocket book that he used to make notes at the crime scene.

Arendse repeatedly asked the constable if the teenager’s so-called confession was so important, why he had not written it down in his pocket book or included it in his statement written two days after the crime.

So Arendse asked the prosecution for Modise’s second statement. The state then said they knew nothing about such a statement.

Arendse called the statement of which there is no record, “mysterious”.

Modise also admitted to hearing the confession of the minor without an adult present and stripping him of his clothes, while he was alone in the van.

He took the clothes for DNA testing leaving the teenager in his underpants and later giving him a blanket to cover himself. Modise recorded the teenager’s address and parent’s names on the night but only contacted his mother the following morning.

Modise also said he knew nothing about the Child Justice Act that required him to treat the minor differently.

Following correct procedure or not.
The state has also been unable to prove that the two suspects had their rights read to them by the police before the so-called confessions, meaning the alleged confessions could be ruled out as evidence.

“You never read to the accused their constitutional rights. You were not the investigating officer.” Arendse challenged Modise.

Ramonyane the arresting officer was also unable to prove last week that he had read the pair their rights as required by law.

Modise testified that he had been given gloves to wear the scene by the paramedic Robert van Heerden who found Terre’Blanche’s mutilated body.

Van Heerden said on Friday that he only had two pairs of gloves with him. But there were four police officers on the crime scene.

Arendse could argue at a later date that evidence in the farm house was contaminated because two officers at the murder scene cannot prove they wore gloves.

Arendse told the Mail & Guardian last week that he was contacted to act in the case by the teenager’s lawyer because of “irregularities in police work” and is doing the case pro bono.