North Korea and US seek to reboot nuclear dialogue 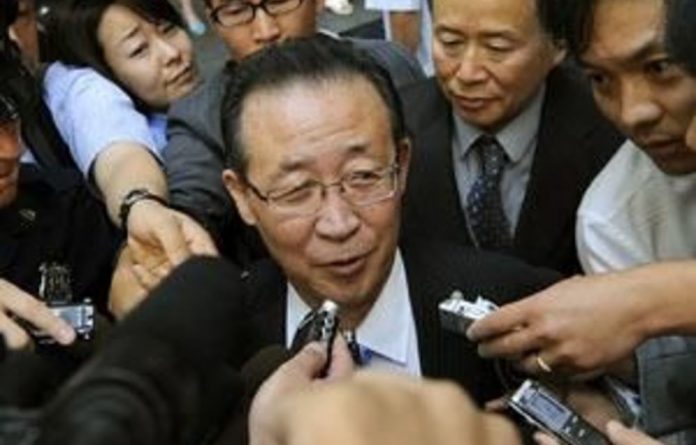 North Korea and the United States will hold a second round of talks in Geneva next week to discuss ways to restart regional talks on disabling North Korea’s nuclear weapons programme, South Korean media reported on Monday.

Yonhap news agency quoted a diplomatic source in Seoul as saying that the two sides would meet in Geneva, possibly on October 26, amid recent diplomatic activity which has seen the secretive state brought in from the cold.

North Korea conducted its first nuclear test in 2006 and tested a second device in 2009.

Tension has eased on the peninsula this year, and a series of bilateral meetings between the Koreas and the US and North Korea has raised hopes that nuclear talks could be reconvened after a nearly three-year hiatus.

“I have learned that a high-level dialogue between North Korea and the US will be held in Geneva,” Yonhap quoted the diplomatic source as saying.

Seoul’s Unification Ministry, which deals with inter-Korean affairs, said it did not know anything about the report.

North Korea keen to meet
North Korea said last month it was eager for a second meeting with the United States.

Last month in Beijing, the two Koreas’ nuclear envoys met for a second time in two months to discuss restarting the six-party talks, which also involve the United States, China, Russia and Japan.

In further signs of engagement, North Korean and US military officials are due to meet in Bangkok this week to discuss resuming the search for the remains of Americans killed during the 1950-53 Korean War.

Delegates from North Korea will also travel to the United States this month for two separate unofficial conferences designed to breathe life into the six-party talks.

Nuclear test worry
While the two Koreas and the United States say their talks have been constructive, they have failed to agree on a starting point for a new round of the six-party talks.

Seoul and Washington insist that Pyongyang must first halt its nuclear activities, including its uranium enrichment programme, and allow the return of international nuclear inspectors before talks can restart.

The North, with Beijing and Moscow’s support, says that six-party talks should be held without preconditions.

Most experts say the mercurial North is unlikely to ever give up its pursuit of nuclear weapons, but the six-party process is useful as it serves to contain the North’s nuclear programme and hinders proliferation.

A South Korean government official has also expressed concerns that if no there is progress in restarting six-party talks, Pyongyang could carry out another “provocation” such as a nuclear test.

Sanctions taking their toll
Analysts say the destitute North is feeling the strain of sanctions, imposed for conducting the nuclear and missile tests, and wants to restart the talks to get economic aid.

Ties between the two Koreas have been frosty since 2008 when South Korea linked aid to progress on North Korean nuclear disarmament. Relations deteriorated further after the North’s attacks on the South last year — the sinking of a South Korean warship and the shelling of an island that killed 50 people. — Reuters