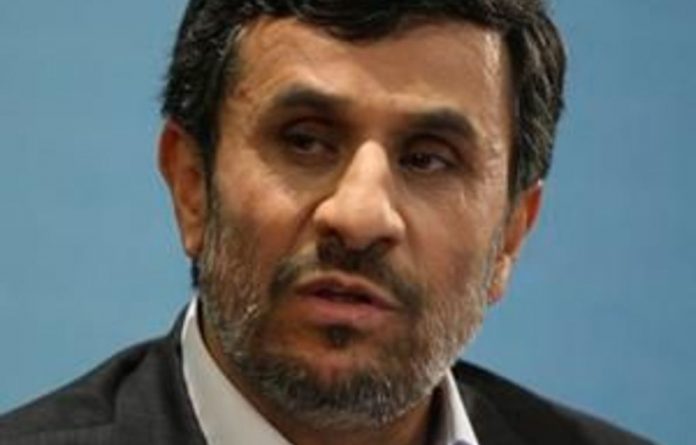 Tehran has pointed the finger at a dissident group it considers a “sworn enemy” in an attempt to distance itself from United States accusations that the Islamic regime in Iran conspired to kill the Saudi ambassador to Washington.

Iran’s semi-official Mehr news agency reported that one of the two suspects the US said were involved in a plot to hire a Mexican drug cartel to assassinate Adel al-Jubeir is a “key member” of an Iranian dissident group, the People’s Mujahideen of Iran (MEK).

“The person in question has been travelling to different countries under the names of Ali Shakuri/Gholam Shakuri/Gholam-Hossein Shakuri by using fake passports, including forged Iranian passports,” according to Mehr.

Last week, the US brought charges against an American-Iranian, Mansour Arabsiar (56) who was arrested at New York’s JFK airport on September 29, and Gholam Shakuri, an Iranian who remains at large in Iran, according to US officials.

The pair, who the US says were the main culprits behind the alleged Iranian murder-for-hire plot, were identified in a sting operation involving the FBI and the Drug Enforcement Administration.

Shakuri was described by the US as a member of Iran’s Quds Force, a special unit of the country’s elite Revolutionary Guards, tasked with overseas operations. But Mehr said Interpol “has found new evidence” that suggests Shakuri is associated with the MEK and “was last seen in Washington and Camp Ashraf in Iraq where [MEK] members are based”.

The MEK, which is based in Paris, remains unpopular inside Iran because of its support for the former Iraqi leader Saddam Hussein during the Iran-Iraq war but is also designated as terrorist organisation by the US and Canada, though not by the European Union.

In recent years, Iran has been quick to blame the MEK for many of its internal problems, including the protests that followed its disputed presidential elections in 2009. Many political and human rights activists imprisoned in Iran have been falsely accused of having links to the organisation. The MEK has denied the Iranian claims and neither Interpol nor the US have so far reacted to Mehr’s report.

If the MEK alleged link turns out to be true, it would be a big embarrassment for Washington, which has already met widespread scepticism over its version of events of Iran’s involvement in the assassination plot.

Both Tehran’s sympathisers and its critics have questioned the US claims that Iran was directly linked to the alleged plot to kill Jubeir, a close confidant of the Saudi king.

Little evidence has been provided by the US in support of its claim and the amateurish and sloppy nature of it have led to many analysts speculating that the alleged plot might have been the work of rogue elements, with the aim of pleasing the authorities in Tehran or, in contrast, smearing a regime which is already isolated by the international community.

Since last week, Iran has mounted a firm rebuttal of US accusations, with many of its senior officials claiming Washington is struggling to divert attention from its economic and social problems, especially the Occupy Wall Street protests in recent weeks.

Despite the unity in rejecting the claims, Iranian officials have made contradictory remarks over the handling of the events, which has highlighted the extent of the chaos in Iranian politics at a time when a power struggle is developing between the president, Mahmoud Ahmadinejad, and the country’s supreme leader, Ayatollah Ali Khamenei.

Iran’s foreign minister, Ali Akbar Salehi, said on Monday that Tehran was ready to investigate assassination charges, but within hours, Ahmadinejad contradicted his own minister by telling al-Jazeera television that the country would not investigate the US claims.

In his interview with al-Jazeera on Monday, Ahmadinejad likened the plot accusations to the weapons of mass destruction in Iraq, saying the US “fabricated a bunch of papers” for its claims at the time. “Is that a difficult thing to do?” asked the president. —