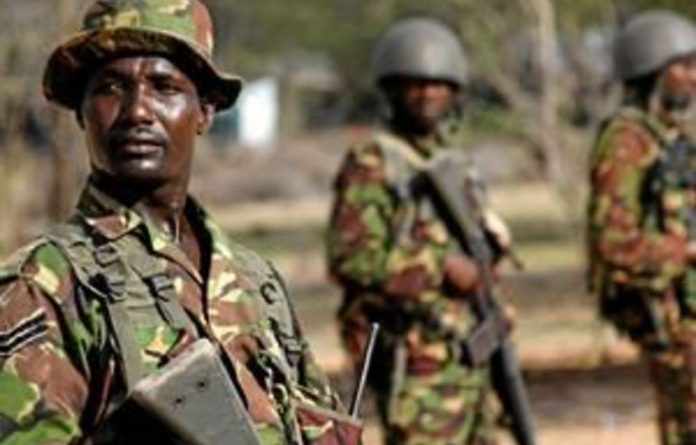 Somali Islamist rebels warned they would bring the “flames of war” to Nairobi after Kenyan forces mounted a cross-border land and air assault over the weekend.

“We say to Kenya: Did you consider the consequences of the invasion?” Sheikh Ali Mohamud Rage, spokesperson for the al-Shabab militants, told reporters near Mogadishu.

“We know fighting more than you and have defeated other invaders. Your attack means your skyscrapers will be destroyed, your tourism will disappear. We shall inflict on you the same damage you inflicted on us.”

In a rare show of force, dozens of Kenyan military vehicles, including tanks, crossed into Somalia on Sunday in an attempt to drive the militants away from the border.

Together with pro-government Somali forces, they pushed more than 90 kilometres into Somalia on Monday, towards the town of Afmadow.

No clashes have yet been reported, although five Kenyan airmen died when their helicopter crashed.

The Kenyan government has come under increasing pressure to control its border with Somalia after Somali gunmen carried out a string of kidnappings in its territory in recent weeks.

Two women — one British, one French — were abducted in separate incidents on the coast, causing damage to Kenya’s tourist industry.

Last week, kidnappers captured two female Spanish aid workers in the Dadaab refugee camp, from which a Kenyan was taken in September.

Terrorism
The identities of the kidnappers are unknown, but Somali criminal gangs and pirates have previously taken foreigners for ransom.

Al-Shabab militants have denied involvement, although the captives passed through territory under their control and may still be there.

Kenya’s internal security minister, George Saitoti, said forces would pursue the rebels deeper into Somalia. “For the first time, our country is threatened with the most serious level of terrorism,” he said.

Kenyan troops have made brief, low-key incursions into Somalia in recent years.

However, security analysts say the latest operation is dangerous as Kenya has never before engaged in conflict outside its borders.

Given the huge territory that al-Shabab controls, it is unlikely that Kenya can defeat the rebels.

A more likely intention is to send the Islamists a message and establish a buffer zone along the Kenyan border controlled by friendly Somali forces, including thousands of government troops trained in Kenya.

Holding territory will be difficult, however, because the al-Qaeda-linked militants are skilled in guerrilla war, as they demonstrated after Ethiopia invaded Somalia in late 2006.

Until now, Somali rebels have focused their external threats on Burundi and Uganda, whose peacekeepers protect the government in Mogadishu.

Last July, suicide bombers recruited by al-Shabab killed 76 in Kampala, an attack the rebels warned would be replicated in Kenya.

Kenya has become home to the world’s biggest refugee camp, at Dadaab, where 460 000 Somalis have sought shelter. The country’s $750-million-a-year tourist industry has suffered a catastrophic decline since al-Shabab shifted its focus south and turned its guns on Western visitors and aid workers.

There have been cross-border operations before, but this ground intervention is on a grander scale.

The escalation of al-Shabab’s cross-border raids is probably the result of weakness and fracturing control within the militia.

Al-Shabab forces largely pulled out of Mogadishu in August, saying that it was a tactical move.

However, it was more likely the product of pressure from Somali government troops and the United Nations and African Union-backed peacekeeping mission, Amisom, plus growing public hostility.

A random suicide bombing on October 4 that killed dozens in Mogadishu suggested that al-Shabab had again declared war on the capital.

Tougher international enforcement action to curb piracy may have contributed to forcing the Islamist movement on to the back foot.

It has also reportedly been weakened by internal disputes, not least on how to manage the famine ravaging the Somali regions under its control. —