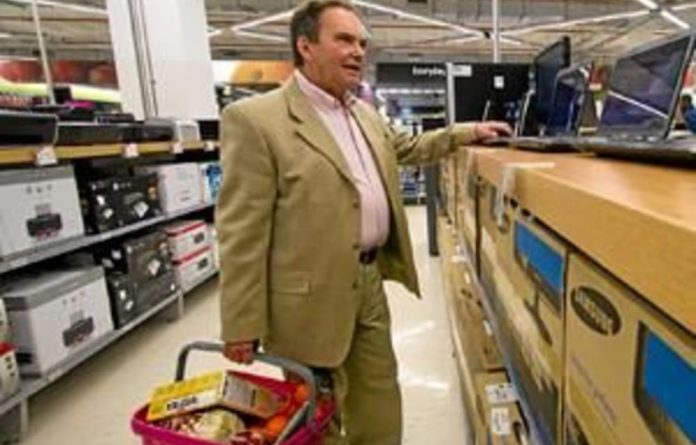 Food in South Africa is expensive, even by developed-market standards. Therefore, the Walmart-Massmart deal will be one of the most refreshing events for retailing in South Africa. This is not just a gut feel; it is based on my own shopping experience over the past few years and Massmart’s price reductions in the past few months since Walmart has bought it.

Until two or three years ago, I believed that food was slightly cheaper in South Africa compared with developed-world areas such as the United States, Europe and the United Kingdom. But since then my view has changed significantly. I travel overseas, mainly to the UK and Europe, about four or five times a year and can honestly say that food shopping in Britain has become considerably less expensive in recent years.

My wife does not like food shopping, so if I do not shop I do not eat. I am thus aware of food prices and, although I will admit that my trolley of shopping is not necessarily representative of the average South African’s, it is at least consistent.

Until two or three years ago, I paid about R450 weekly for a trolley-load of food. Now I cannot get away with less than R1 000. By contrast, a full trolley-load of goods — mainly value-added products such as ready-made meals, cheese, ham, fruit and vegetables, but also staples such as milk and bread — can be bought in the UK from places such as Tesco, Asda (Walmart’s subsidiary), Morrison’s, Sainsbury and Waitrose for about £35 to £40, about R430 to R500 at prevailing exchange rates. Shopping at the German discount chains such as Aldi or Lidl will give you an even cheaper basket of goods.

Ah, but that is just the impact of a strong rand over the past two or three years, I hear you say. That is partly true, but only marginally correct. Over the past five years the South African currency has oscillated around an average of just more than R13 to the pound and is now about R12.40. This does not explain why food shopping in South Africa has become almost twice as expensive, at least for my trolley, than it is in the UK.

Some items, such as cleaning materials and dishwasher liquid or tablets, are often exponentially more expensive in South Africa than in the UK. To be fair, meat is cheaper here than in the UK, although the differential between meat prices in the two countries has narrowed considerably in recent years.

So why has local food shopping become structurally so expensive? It certainly is not the retailers’ fault, in my opinion. They operate off very low profit margins in world terms and are globally competitive. And they certainly do not collude with each other, as was proven in the Competition Commission probe into supermarkets last year.

This leaves the other elements of the food value chain as the culprits. In stark contrast with the food retailers, the food manufacturers have hardly covered themselves in glory as far the competition authorities have been concerned. A number of food companies have been fined heavily for collusion, notably in the milling and baking arenas.

There is also a bewildering choice of goods on the shelves of British supermarkets compared with here. The bulk of the branded products sold on British supermarket shelves is not sourced from the Far East but is made by British food ­manufacturers. But they have had to be globally competitive over the years and their low prices reflect this. South African food producers, on the other hand, are, with a few exceptions, relatively parochial and tend not to be globally competitive.

If we accept two basic premises — that food has become structurally expensive in recent years and that this is owing to the non-retail side of the food value chain — then how is this likely to be changed with the arrival of Walmart?

The first point to make is that the Walmart-Massmart merger brings a new competitor into the food-retailing equation. Although some chains in the Massmart group have always sold food, until now they have not really been pitted against the “big four” of Shoprite, Pick n Pay, Woolworths and Spar. More competition invariably results in lower prices.

Massmart chains have already demonstrated, with their recent marketing campaigns, that they can cut prices on a sustainable basis. These are not just one-offs that last a week or two — both the recent campaigns have had two-month life­spans. And these, in my opinion, are merely the opening salvoes in what is likely to become a protracted price war among the food retailers.

The establishment of a supplier fund should encourage small and medium food enterprises to supply the Massmart chains on a highly efficient basis by minimising the number of players in the supply chain. By definition, this should result in lower prices.

The Massmart chains will no doubt encourage local food manufacturers to supply them and the greater Walmart system. But, in return for access to this global system, they may also encourage these suppliers to sharpen their pencils when pricing their products. As Walmart marches further into the African continent, it will no doubt want to bring as many South African suppliers as possible into the system to minimise the links in the supply chain.

This will promote efficiencies and the local competitors will be compelled to do the same. But this does not necessarily sound the death knell for our local retailers. We should not forget that, although Walmart was able to transform its British subsidiary, Asda, into a slick, everyday low-price machine, the local retailers all fought back. Today, British retailer Tesco, not Asda, is the largest retailer in the UK.

Private-label or own-brand products account for a relatively small proportion of the goods on the shelves of South African supermarkets. In Asda they account for more than 50%. Given the higher degree of profitability associated with private label compared to branded products, Walmart-Massmart will also seek to increase its penetration of private-label products.

But this will not be an overnight sensation. Creating awareness — getting consumers to see Game as an integrated food retailer-cum-general merchandiser — will take time. Rolling out the many new planned Cambridge stores will take time. And during that time, the local food retailers will be compelled to cut their prices as well.

The end result should be good news for the increasingly cash-strapped South African consumer. Hopefully, in a few years’ time, we will be able to reflect on this period and wonder why it took Walmart so long to get here in the first place.

Some convenient price comparisons
When it comes to convenience foods, one is spoilt for choice in the United Kingdom. They are not limited just to Marks and Spencer- all the supermarket chains have them in great variety.

In Sainsbury, Waitrose and Tesco, they are of a very high quality, whereas in Asda and Aldi/Lidl they are of lower quality, though by no means swill. And this is where the comparison becomes really interesting — it is not necessary to buy at Marks and Spencer to find food comparable with that of Woolworths. There are many convenience foods at the other stores that compare favourably with Woolies’ quality but are significantly cheaper. For example, a typical Woolies 350g prepared meal would cost about R40, whereas the British equivalent would cost between £2 and £2.50 (about R24 and R30).

But it is also the availability of choice that makes the comparison interesting. In South Africa, Pick n Pay dabbled with convenience foods a few years ago and still retains a few, although nothing like the range it kicked off with in 2007. And they are very similar in price to Woolies. I am not aware of Spar or Checkers doing much on this front.

With pizza, there is no comparison. Asda has a dedicated pizza bar where you can design your own large pizza for about £3. You can also get a range of ready-to-heat pizzas in all the chains in the £1.50 to £2 range. In South Africa, it is impossible to get similar quality for that price.

With fruit and vegetables, there is no comparison. There is no such thing as a seasonal supply in the UK as fruit and vegetables come in from all over the world. It is the same in the United States and Europe. The quality is better and cheaper. For South Africa, which produces so much fruit, this is outrageous.

On milk and bread: at Aldi, a two-litre container of milk costs £1. In South Africa, Douglasdale two litres of low-fat milk costs between R16 and R18. Bread is also generally cheaper.

Beer is slightly cheaper here, and there is not much of difference in the price of spirits, though lesser-known brands of whisky and locally produced gin are much cheaper here than there.

Chris Gilmour is an analyst at Absa Investments, which does not own shares in Massmart