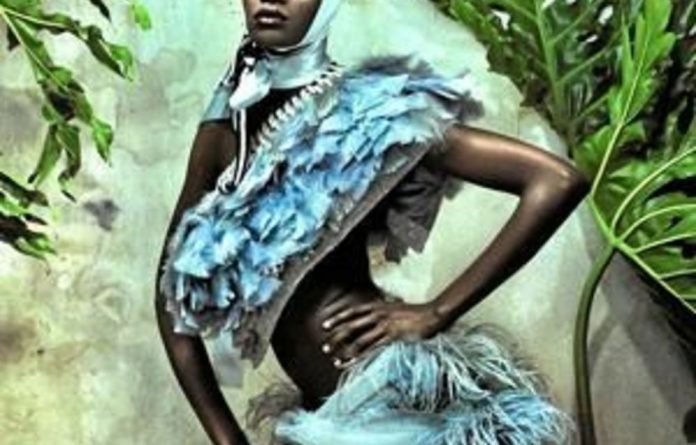 The aesthetics of the African continent will take centre stage in the forthcoming Africa Fashion Week.

More than 20 couturiers from South Africa will show their designs in what is hoped will be a well-attended, entertaining fashion platform alongside a serious trade expo.

Public awareness of local fashion has been heightened by the national and regional platforms set up at regular intervals throughout the year and although the scene has some emergent, individualistic superstars, African style is shaped by a collective consciousness. Heritage, culture, tradition and political struggle has infiltrated local design.

But, as we move towards expressing our style freely, there has to be a job-creation component that can encourage growth for African fashion. The Africa Fashion Trade Expo that takes place alongside Africa Fashion Week aims to accelerate growth in the continent’s multi-billion-rand fashion industry.

International recognition
Under the aegis of African Fashion International (AFI), what is hoped will be Africa’s largest fashion trade expo is endorsed by South Africa Tourism, entrepreneurs, boutique buyers and other ­professionals. Local designers hail from our three biggest cities. Visiting from Cape Town are Malcolm Kluk and Christiaan Gabriel du Toit of Kluk CGT, Tart and Stefania Morland. Swimwear designer Dax Martin is from Durban and Thula Sindi, Marianne Fassler and David Tlale are from Johannesburg.

Many of the broader global designers featured have already gained international recognition. Ghanaian label Kiki Clothing, founded by Titi Ademola, was worn by American actress Nicole Ari Parker at the Oscars this year.

Bunmi Koko, who has a Scottish-Nigerian heritage, is from ­London. His clothing has been worn by Michelle Obama.

The Africa Fashion Awards include the African Designer of the Year award. Nomination criteria include representation of a global African aesthetic with potential global reach.

Africa Fashion Week takes place from October 20 to 22 at the Sandton Convention Centre. Seats for the shows can be purchased at webtickets.co.za. For profiles of designers and schedules, go to
afisa.co.za