Iran influence on the rise as US forces leave Iraq 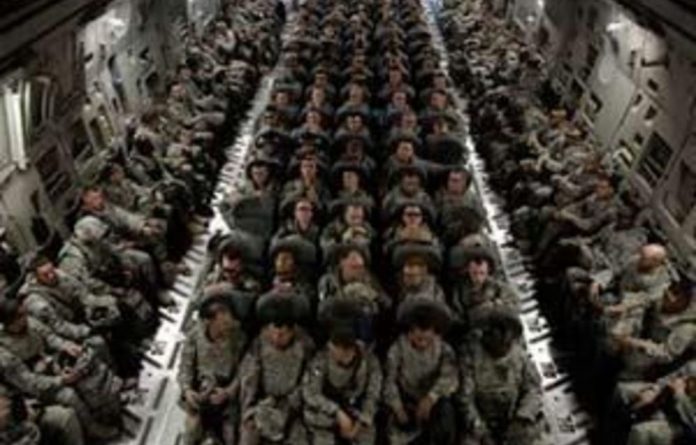 As the United States moves to withdraw its remaining 39 000 troops from Iraq, the influence of its nemesis Iran in the corridors of power in Baghdad and beyond is likely to rise further, analysts say.

Friday’s announcement that all US troops would leave Iraq by year-end was followed shortly after by Secretary of State Hillary Clinton implicitly warning Tehran not to interfere in Baghdad.

US officials regularly accuse Iran of meddling in the politics of Baghdad’s Shiite-led government and training and backing militant groups that target US troops in the south of Iraq.

But Iraq and Iran, foes before the 2003 invasion who fought a devastating war from 1980-88, also enjoy close ties on a number of counts, from bilateral trade to tourism, primarily religious.

Iranian President Mahmoud Ahmadinejad has said he expects “a change will occur” in Tehran-Baghdad ties, noting that the two countries have “special relations.”

“I think this is a good thing and should have been carried out a long time ago. If it were done seven or eight years ago there would have been fewer Iraqi and American forces killed,” Ahmadinejad said.

“Iran’s influence is broad, generally, and is deep in areas, particularly in the south,” said Ali al-Saffar, an Iraq analyst at the Economist Intelligence Unit in London. “It has generally moved, since 2003, to make sure it has eggs in more than one basket, and it’s reaping the rewards of that policy now.”

“With the withdrawal, American influence will wane and I think both Iran, through its allies, and Iraq’s Arab neighbours, through candidates agreeable to them, will look to step in to shore up their preferred political parties.”

Filling the void will be the massive US embassy in Baghdad, the biggest in the world, and American consulates in the southern port city of Basra and in Arbil, the capital of Iraq’s autonomous Kurdish region.

Fewer than 200 troops will remain as part of the US embassy’s Office of Security Cooperation, which is responsible for foreign military sales and limited training.

US Defence Secretary Leon Panetta has said Washington will negotiate with Iraq after 2011 over a military training mission.

The reduced presence led US President Barack Obama’s conservative critics to blast his announcement of the year-end withdrawal, citing worries that Iran would fill the vacuum.

And Maliki, who had initially attempted to form a multi-confessional bloc in the run-up to the election, took the helm of a pan-Shiite grouping that formed after his own slate’s second-place result in the election.

American military officers have also said for years the Islamic Republic trains and backs militant groups that target US troops in the south of the country, culminating in June marking the deadliest month for Washington’s forces in Iraq in two years. Iran denies those allegations.

“The main plank of Iranian policy in Iraq is to have a governing coalition dominated by Shiite Islamists,” said Reidar Visser, an analyst and editor of the Iraq-focused blog gulfanalysis.wordpress.com.

“Above all, Iran has succeeded in defining the parameters for Iraqi politics through a prime minister that relies on a sectarian Shiite alliance … As long as Iraqi politics remains defined in sectarian terms, Iran will have the upper hand.”

Syria concerns
Instability in Iran’s ally Syria, where a violent crackdown on protests since mid-March has left more than 3 000 people dead, could also mean that Tehran ups its focus on Iraq still further.

Iran has been concerned about the possible collapse of Syria, its principal Middle East ally in Damascus, and had previously avoided speaking out against the regime’s response to demonstrations.

But on Saturday Ahmadinejad condemned the “killings and massacre” in Syria.

“After the [US] withdrawal, Iranian influence will be greater because Iran will focus more on Iraq, especially because they are losing Syria,” said Ihsan al-Shammari, an Iraq-based analyst.

“Iranian interference will be negative if Iraq does not follow Iran.”

Visser echoed those sentiments, saying: “If the aim until now was to check US influence, the next aim will be to ensure that Iraq’s government does not cease to be reliant on Tehran.”

“Iraq will become double important to the Iranians should they lose ground in Syria,” he said. — AFP

A survivor tells of how Islamists carrying AK-47s arrived on motorbikes, forced fleeing children to lie on the ground and beat teachers before setting a building on fire
Read more
Advertising
Continue to the category
Politics