Khune’s the better leader: Here’s why 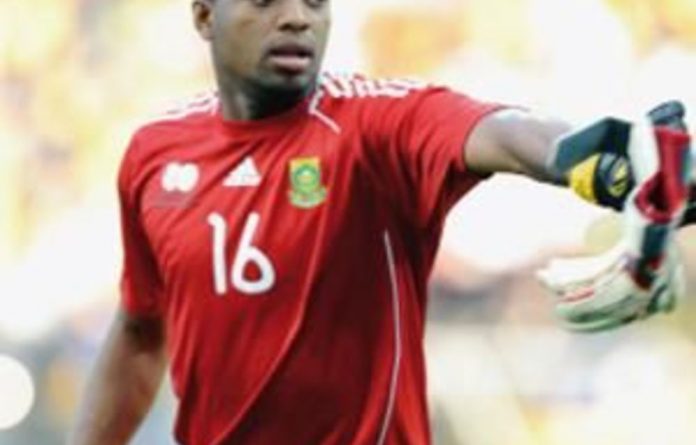 Kaizer Chiefs coach Vladimir Vermezovic on Wednesday said former skipper Jimmy Tau broke an unspecified club code and lacked some leadership qualities, citing these as reasons why the captain’s armband has been passed on to Itumeleng Khune.

Chiefs released a statement on Tuesday saying that Tau had officially been sacked from the role and replaced with Bafana Bafana’s number one goalkeeper who, according to the club, is currently recovering from a bout of pneumonia.

“If someone doesn’t respect the club’s rules then he must pay. Jimmy didn’t respect the rules,” said a charged-up Vermezovic, in a “clear the air” press conference that ran for over an hour.

“Because of that, I made the decision to change him and put [in] Khune instead.

“It is an internal issue and [I] feel that I would be breaking my own beliefs and Tau’s if I publicly say it.

The club’s football manager Bobby Motaung also stressed that there had been no dressing room friction between Vermezovic and Tau after Chiefs 2-1 league loss to Golden Arrows three weeks ago, as reported.

Tau allegedly emailed his resignation as captain to management after the match, an incident Motaung denies happened.

“There was never a bust-up between Chiefs and Tau,” Motaung said.

“We have deliberated on this issue and where the story came from.

“But it is normal to have internal issues and where a player might disagree. Jimmy is part of the 27 players in the club and available to do duty when called upon by the coach.”

Vermezovic went on to explain that Tau lacked in some aspects of his leadership qualities, and judged him to be too soft, especially when he needed to be harder with teammates around him.

The blunt Serb mentor said that he felt that the often vocal Khune (24) would add more to the role than the more reserved Tau.

“Jimmy is an excellent guy, he accepted the decision and nothing has changed [in our relationship],” Vermezovic said.

“I’m never going to make decisions behind anyone’s back. Maybe some people don’t like me because I’m more straight and direct when I talk.

“Some guys are not leaders on the field, and some are. Leadership and captaincy are two different things to me.

“Jimmy is too soft when he needed to be hard with the guys, and I need my captain to be the coach on the field as well.”

There was no space for Bafana vice-captain and the team’s key player, Siphiwe Tshabalala.

“Tshabalala still wants to go overseas. If you make him captain and then he leaves in January then what do you do?” said Vermezovic.

“Khune is younger and will stay at the club for a long time, I’m sure. The youngsters as well are the future leaders of this club.”

For this weekend’s league clash against Platinum Stars, though, Chiefs will be captained by Nengomasha, as Khune recovers from pneumonia.

According to Motaung, the Ventersdorp-born player picked up the illness on Bafana’s Africa Cup of Nations qualifier duty in Niger nearly two months ago.

The pneumonia was diagnosed late and led to the player spending some time in hospital. He will be out for at least two weeks. — Sapa