Thousands turn out for Simoncelli funeral 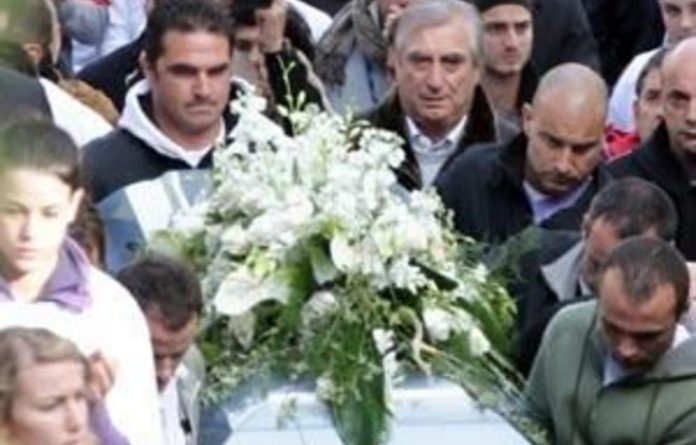 Thousands of people lined the streets in the little town of Coriano in the Rimini region of Italy to pay tribute to Marco Simoncelli, who was killed on Sunday.

Stars from the world of motorcycling such as Simoncelli’s close friend Valentino Rossi, the seven-time world champion, were present at the Italian’s funeral.

His coffin was carried by some of Simoncelli’s childhood friends from the town’s theatre, where a remembrance room had been set-up, to the Santa Maria church where the funeral service was held.

Crowds clapped as the coffin passed and released red balloons emblazoned with the number 58, the number of Simoncelli’s bike when he raced.

His father Paolo, mother Rossella, sister Martina, grandfather and girlfriend Kate were joined in the church by the likes of Rossi and fellow racers Jorge Lorenzo, Randy De Puniet and Mattia Pasini as well as renowned MotoGP doctor Claudio Costa.

The bishop of Rimini Francesco Lambiasi said Simoncelli had now gone to a better place.

“The night before his last race he said he wanted to win a Grand Prix so he could stand on the podium and see everyone better,” said the bishop.

“And now dolefully we cannot see you but there is the pleasure and joy in knowing that you have reached the highest podium there is.”

Rossi helped push Simoncelli’s racing bike behind the coffin as it left the church.

Outside the church Simoncelli’s girlfriend echoed the words of Don McLean in his song dedicated to Vincent Van Gogh.

“He had only qualities, he was perfect. And those who are too perfect cannot live amongst us mere mortals,” she said.

As well as those crammed inside the little town, more than 1 000 people went to the nearby Misano race-track to watch proceedings on giant screens, although that was far fewer than the 10 000 expected. — AFP