Glasser back to brush up his act 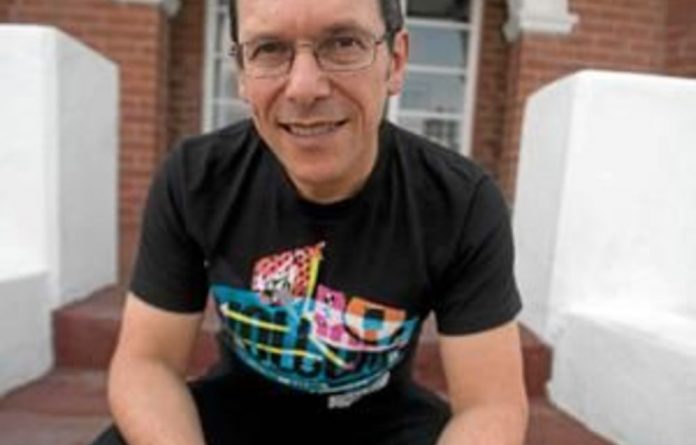 “Challenge” is a word Adam Glasser uses a lot when talking about jazz in South Africa.

The South African Music Award-winning piano and harmonica player is based in London but he was born and spent his childhood here — the son of distinguished teacher and composer Stanley Glasser (aka Spike Glasser, collaborator on the 1959 smash-hit musical King Kong).

Glasser visits regularly and sees this country as a challenging environment — “a tough gig” — for resident musicians. But he’s also musically challenged by the skill, energy and commitment he finds: “I sometimes use the word ‘terrified’ — but in a good way. South African players are world class and I’m very conscious of having to keep my creativity at the same level.”

Glasser is in South Africa to launch his second album, Mzansi (Sheer). He’s also running workshops and playing live gigs, including one at Melville’s Lucky Bean Café on Sunday.

When I spoke to him last year, pre-recording, he had compiled a huge long-list of possible tunes. That got reduced to suit the personalities and availability of other players. Tracks that remain include Dudu Pukwana’s Radebe, Mackay Davashe’s Lakutshon’Ilanga and Abdullah Ibrahim’s Blues for a Hip King, alongside a handful of Glasser’s own works. One big regret is not finding a recording date for the late Zim Ngqawana, but there’s a Blues for Zim on the album in tribute.

“It’s an album that is Mzansi in content but not always in harmony and vibe. I recorded the London tracks — three ballads — to provide contrast and variety, but I think they also illustrate the rather different direction and character South African-inspired jazz has taken in London. And yet there’s also so much connection.”

Glasser’s experience spans both contemporary and historic South African music: he recalls tagging along with his father to King Kong rehearsals and the family’s Wynberg cottage crammed with jazzmen and actors. “We were once driven from Cape Town to Jo’burg by a music student called Chris McGregor. My mother was terrified that being a student he wouldn’t be a careful driver.”

Although Stanley Glasser initially discouraged his son from a musical career, “when I finally took the leap, he was very supportive”. Glasser says his father is eager to hear about the jazz scene here “but it’s a bittersweet thing for him because I have the chance to come back and connect in ways he couldn’t during the apartheid years. He’s fascinated to hear what’s happening now.”

On Sunday, he plans to present music from the albums “and a few other things too”. Glasser honed his piano playing in restaurants and is always sensitive to the need to keep the audience intrigued. “But the real success of my gigs here, for me, will be if the band enjoys them too.”

Naftali has just released his debut single, ‘Kea Shwa’. He tells us a bit about his music-making journey.
Read more
Friday

The guitarist’s book, Introduction to South African Guitar Style: Volume One is due to be published at the end of the year
Read more
Friday

Here's a look back at how the annual International Jazz Day, now in its 9th year, has been celebrated across the world.
Read more
Friday

We need more books about South African jazz, focusing on both the verbal and the visual, to fully capture and appreciate the unique ‘river of culture we’ve been bequeathed’
Read more
Advertising
Continue to the category
Coronavirus