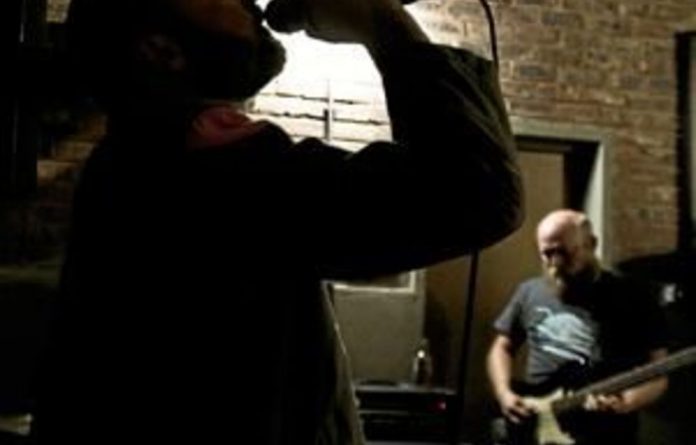 The first person to greet me as I walk into the main bar at Kitchener’s in Braamfontein is Righard Kapp. Dressed in a bright yellow T-shirt, he seems excited to be in Johannesburg.

The last time I saw him, he played a show at the Bioscope, the city’s indie cinema in the gentrified Maboneng Precinct.

It was, hands down, the best live performance I had seen from this young South African guitarist, whose last album Strung Like a Compound Eye was one of 2009’s best.

But tonight, and for the three nights after this, Kapp will be plying his trade in punk-poetry pioneers The Buckfever Underground.

The Buckfever Underground are a mythical entity in the South African music fraternity, emerging for brief tours every few years and surfacing to record an album once in a blue moon.

Oppikoppi 2007 was when the last Buckfever Underground album was launched. Titled Saves, it was the finest South African album to be released in 2007 and ranks among the decade’s best too.

But they’ve done it on their terms and when they feel like it, which has meant that to a large degree they have remained a cult band — loved and cherished by their fans but completely invisible to the masses.

So it was with glee and anticipation that I arrived at Kitchener’s on Thursday night last week to see the first of four consecutive Buckfever Underground shows — the thing about them is no show is ever the same because of their improvisational nature. Theirs is a unique musical offering, a post-modern, post-rock, spoken-word, white-boy groove band. It’s a strange proposition indeed.

Kitchener’s
Kapp is the star of the show tonight. The experimental guitarist delivers a mesmerising solo show as an opening to the Buckfever.

Creating gorgeous soundscapes with loops one moment and then laying down angular riffs the next, Kapp is unbelievable. My breath is taken away — Kapp is even better than he was at the Bioscope and, in this form, is probably the most dynamic guitarist in the country.

With the benefit of hindsight, the Buckfever’s recruitment of Kapp in the middle of the past decade was a very smart move indeed, although Kapp had been making waves well before then.

The Buckfever tonight are a four-piece — keyboardist Savage’s Thursday night show on 5FM means he can’t be with the band.

This means that they start off the gig with Kapp on bass and Hockman on keys.

It works wonders — Kapp is great on bass, giving the band a sound that lies somewhere between Gang of Four and Primus.

The band is punkier than I remember them, a real sense of energy, and when Coetzer starts scatting about Ghost Dog: The Way of the Samurai, the Jim Jarmusch film and its excellent soundtrack, which was recorded by RZA from the Wu-Tang Clan, I know that this is why I am here tonight. I love that movie and soundtrack, and so do my friends, and that is the thing about Coetzer’s poetry — his cultural references have to a large extent defined a generation.

The Buckfever Underground are more than an irregular improv band tonight — they are all of us.

Schivas Rock, Pretoria
Driving to Pretoria for a gig is a commitment and requires a trusted co-pilot. Mine is notoriously late and so it’s well after nine when we head to Schivas Rock in Lynnwood.

The Buckfever Underground are playing a show with the Make-Overs, Pretoria’s ferocious pop-punk duo.

When we arrive, we find the Buckfever milling about drinking beer. They go on soon after, this time as a five-piece, because Savage has joined his band mates. They lurch into a groove and push onwards.

Tonight things sound a little like Can, with hints of Soul Coughing and the Beta Band — they are a superb groove band. In fact, they remind me most of Radiohead’s Kid A if it had a hip-hop swagger.

Savage is taking things to a new level tonight with some stylish keyboard flourishes.

The Buckfever are more focused, they are in your face.

Coetzer begins to recite a poem about a young Klawer boy murdered with an axe for five rands and a pair of Grasshopper shoes.

“Ruk my rond [Throw me around],” screams Coetzer over and over again as the band roar into life, a beautiful cacophonous noise, punctuating the poignant moment.

As the band dies down you hear Coetzer reciting, “Sy name was Wilfrid Kriel en hy was agt jaar oud.” (“His name was Wilfred Kriel and he was eight years old.”)

As the music fades, all you hear is Coetzer and the sad tale of this eight-year-old boy. It’s a humbling moment.

Later they roar into an impromptu cover of Jaco & Z-Dog song Alles is Boring but in true Buckfever style the song sounds nothing like the original.

“Sydney is boring, Durban is boring, Jaco & Z-Dog told us Durban was boring.”

As the band shuffle off stage, they are smiling. It was a great show and they know it.

The Make-Overs provide the icing on the cake with a brilliant set that has all the members of The Buckfever Underground enthused.

Savage even takes my notebook out of my hand and writes down, “best band in the world”, while afterwards Kapp is so happy that he can only mumble excitedly.

The Bioscope, Johannesburg
The show is running late due to a film that hasn’t finished. When it does get going, Hockman and Savage open the proceedings with some songs.
Then the main event. The Buckfever are in a mellow mood and the shadowy confines of the Bioscope accentuates their state of mind.

The grooves are slower and this time Savage is laying down Super Mario Brothers keyboards riffs.

Coetzer is behind a lectern, lit with a small lamp. He is gesturing with his hands like a politician or a preacher.

Kapp skulks at the back of the stage, channelling some Tortoise-esque guitar licks. In the background pictures of a journey on the N1 flash.

The music is dark, foreboding, like a gothic Pink Floyd, but early Floyd, A Saucerful of Secrets era Floyd.

Savage is standing above me — he can’t hear the keyboards from where he is set up. I am right in front of the speaker so I offer him my chair and he sits down still playing.

Ek & Jy and When the Light Goes both from Saves make a late appearance.

Then Coetzer looks up at the flashing images.

“And finally we are now in Beaufort West,” he says to the audience. “A lovely place this time of year.”

The show has come to an end.

Dylan’s house, Pretoria
Another trek to Pretoria on Sunday. We arrive late again. We miss Pretoria country-blues outfit Die See, whose guitarist, Dylan Graham, is hosting the show at his home.

As we walk in, the Buckfever are already into their set. Sprawled around them sits the audience on chairs and couches.

Some are standing on the balcony taking in the view of Pretoria North as Coetzer sings in the background. The band is back to a four-piece — Savage has flown home to Cape Town.

“It was a studio gig that paid money; he had to go,” Timm would tell me later.

Fair enough, the man’s got pay his bills.

The band is mellow again — Timm appears to be on a DJ Shadow vibe. At one point they reach heights that feel down right euphoric.

Once again Coetzer sings the lines about Ghost Dog.

I ask him about it after the gig. It’s a fragment of prose called Time Bleeds from a greater poem called Bat-Dogs.

I stare out over Pretoria North — Voortrekker Street runs off into the distance, a blazing row of lights.

Earlier that night Coetzer had asked rhetorically on stage: “Why can’t people really do magic?”

Well, Toast, on any given night The Buckfever Underground can do just that.