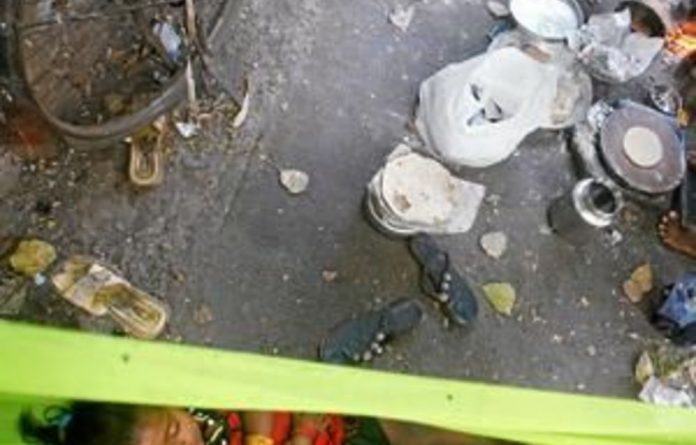 The Madanpur Khadr colony is a tenement slum on the southern outskirts of Delhi, India’s ­capital. Ten years ago there was nothing here but green fields, buffaloes, goats and the odd small dwelling. Now an estimated 40 000 people live here in ramshackle, five-storey brick-and-concrete homes, 10 to a room, without sewers or a clean water supply — and often without employment.

No one knows who will be the seven-billionth person on Earth, to be born on the last day of this month, according to United Nations statisticians. But the chances are he or she will be born in northern India, perhaps even in Madanpur Khadr, where narrow, rubbish-strewn lanes are filled with young children and scores of heavily pregnant women.

India is home to nearly a fifth of the world’s population and around 2020 it is projected to overtake China as the most populous nation on Earth. One Indian state — Uttar Pradesh in the north — now has a population of about 200-million people, only a little less than that of Britain, France and Germany combined.

Chanchal (27) is a resident. She lives with her husband, a mason, and their three young children in a single ground-floor room that measures 4.5m by 3m, which they rent for 2 000 rupees (R316) a month. Chanchal, who came from her village in Rajasthan eight years ago to get married, is heavily pregnant with her fourth child, who is due in the first week of November.

Most families in Madanpur Khadr have between four and eight children, despite the efforts of Manju Upadhayay, manager of a local non-governmental organisation, to introduce the concept of family planning.

“We do our best but there is some resistance,” she said. Madanpur Khadr was created in 2001 to house slum residents ejected from land in central Delhi by local authorities to make room for middle-class housing and retail developments. A total of 20 000 people were resettled. The population of the neighbourhood has doubled since then.

These are fast growth rates even by Indian standards. The latest national census, conducted earlier this year, found that India increased by 181-million inhabitants in the decade from 2001 to 2011. The population now stands at 1.21-billion. Although the growth rate has slowed, the country’s population is expected to exceed 1.45-billion by 2035 if there is no radical change in this trend.

Indian politicians hope the youthfulness of the population will bring a huge “demographic dividend” for the country by boosting economic productivity. But some fear a demographic disaster.

The situation in Madanpur Khadr highlights both the hopes and the challenges of an expanding population. Local schools in the slum neighbourhood are understaffed, underequipped and hugely oversubscribed. India suffers from a lack of teachers and educational resources at all levels.

The prospects for India’s younger population largely depends on the ability of the economy, now growing at about 8% a year, to generate enough jobs for them all. But with a weak manufacturing base, meeting this demand is by no means sure.

Another deep and intractable problem in India is infant malnutrition, which affects adult cognitive capacity and the future employment ability of today’s young. Almost half of children under five in India are malnourished.

There is also the continuing preference for boys over girls, which has led to widespread female infanticide. The 2011 census indicated 914 girls being born or surviving for every 1 000 boys under the age of six, compared with 927 for every 1000 in the previous census of 2001.

Campaigners fear the skewed gender population will lead to social problems when the present generation want to start a family. Upadhayay, who has watched the neighbourhood double in size, is afraid of further expansion. “When you take a bus from here into the city there are already 15 people crammed into five seats and the road is blocked by traffic. What is going to happen if there are more people?”

But Chanchal is optimistic. “I have a good life … my children will too.” —