Prof aims to get earth back on track 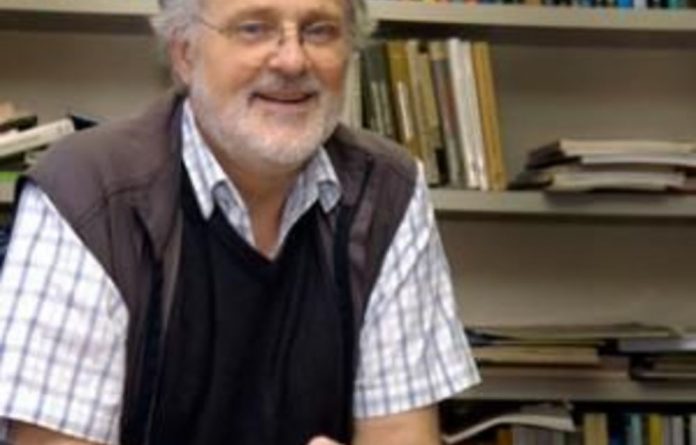 Many experts ­specialise in interrelated problems such as climate change, pollution, poverty and healthcare. But few investigate the bigger picture as a science on its own, encompassing all the problems affecting a particular piece of the Earth and its people.

For some years Professor Maarten de Wit has been working to define this transdisciplinary field of research as a new ­discipline, called ‘Earth stewardship science”. Until recently the chairman of geology and mineralogy at the University of Cape Town, De Wit is now at the Nelson Mandela Metropolitan University, where he plans to launch the world’s first courses in the new discipline.

‘As a planet, we are not on the right path,” he said. ‘The question is how we get back on the right path. My vision is to get young people involved in this and drive it forward.”
The concept of Earth stewardship science originated in De Wit’s Africa Earth Observatory Network, which he founded at the University of Cape Town 10 years ago, giving rise to hubs at universities across the country. ‘This institute was set up by 18 scientists in different disciplines, from the humanities to hard ­physics,” he said. ‘Our aim was to solve the planet’s future and emerging problems — this can be done only as a team.”

De Wit said the Eastern Cape presented a unique ‘laboratory” for Earth stewardship science, with a range of problems to solve, including those affecting the coastline and wetlands, as well as poverty and rural development.

A sustainable society
‘How do we transform this into a sustainable society?” De Wit asked. ‘Nelson Mandela Bay is part of a microcosm of what’s going on in the rest of the world. We can set an example here of how it can be done elsewhere … The exciting thing is that this is already being tackled by a number of leaders at the Nelson Mandela Metropolitan University, for example in the life sciences and engineering faculties.”

De Wit aims to work with these faculties and a number of others, including the university’s ­agricultural school, conservation and even its business school.

Born in Holland and schooled in Ireland, De Wit completed his PhD in geosciences at Cambridge University. He spent four years at Columbia University in New York, conducting most of his field work in Chile, trying to understand the origin of the Andes mountains and how this mountain range ­connected with Antarctica. ‘I spent half the year in crowded Manhattan and half in deserted Tierra del Fuego.”

He left academia to join the United Nations, training geologists in Ethiopia for two years. Disillusioned with UN’s work, he returned to Europe to cycle around the continent for a year. A chance meeting with a South African professor in a pub in Amsterdam was the catalyst for his coming to South Africa in 1979, he said.

He spent 10 years at the University of the Witwatersrand’s Bernard Price Institute of Geophysics, ­researching rocks — some 3.5-billion years old — in Mpumalanga’s Barberton area.
‘I’ve always been interested in understanding how the Earth worked when it was young. South Africa is a phenomenal geological laboratory for early Earth and life studies and for later times when the Earth’s ­land masses were one ­supercontinent, Gondwana, which I became obsessed with.”

De Wit moved to the University of Cape Town in 1989 and spent 22 years there. He founded the Centre for Interactive Geographical Computing in the mid-1990s, which evolved into Earth Stewardship and was renamed Africa Earth Observatory Network in the mid-2000s.

The network has extensive African links. Its overseas partners include the Massachusetts Institute of Technology in the United States, France’s Institute Physique du Globe in Paris and Germany’s National Research Centre for Earth Sciences in Potsdam. Through the network De Wit set up Inkaba yeAfrica, an ­ongoing capacity-building Earth-­systems exchange ­programme between South African and Germany.