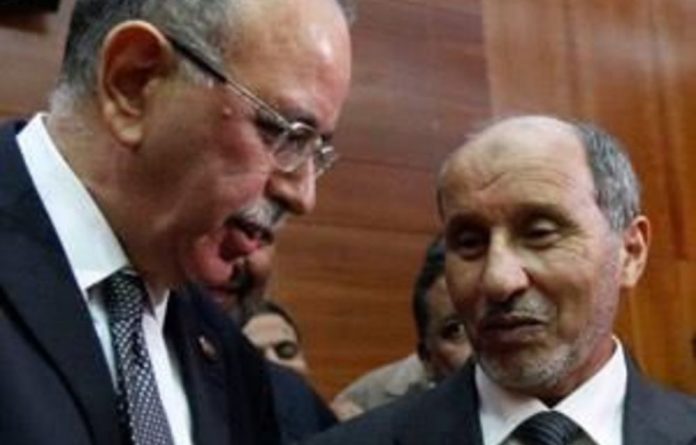 Libya’s interim rulers have elected a technocrat and businessman to head a transitional government as Nato ended the air campaign that played a major role in ousting dictator Muammar Gaddafi.

Abdul Rahim al-Keeb, a native of Tripoli, was elected prime minister in a public vote carried out by the members of the National Transitional Council.

Keeb, little known until now, is also an academic who specialises in electrical engineering. He beat four other candidates, winning 26 out of 51 votes.

“This vote proves that Libyans are able to build their future,” NTC chair Mustafa Abdul Jalil said after he voted.

Keeb is both an academic and a wealthy businessman, who spent decades abroad as an opponent of Gaddafi before joining the pro-democracy revolution that overthrew him.

He has been generous in his financial support for the National Transitional Council.

Stability of Libya paramount
“The main aspects of his programme were the stability of the country, of course, the security file and the military file, which will be under the control … of the interior ministry,” said Fathi Baja, the NTC’s head of political affairs, after a presentation by Keeb.

“He also promised to provide for the basic needs of the Libyan people.”

Nato withdraws air cover
Earlier Monday, Nato chief Anders Fogh Rasmussen made a brief visit to Tripoli, saying he foresaw no major role left for the alliance in Libya hours before its air mission was due to officially end.

“At midnight tonight, a successful chapter in Nato’s history is coming to an end. But you have also started writing a new chapter in Libya’s history,” he told a joint news conference with Abdul Jalil.

Rasmussen was whisked off directly for talks at the Rixos Hotel but later had a chance to talk about the country’s future with a group of about 60 young Libyans.

The visit came seven months after Western powers fired the first barrage of missiles against Gaddafi’s forces in an air war that played a major role in ousting the veteran dictator.

The no-fly zone and naval blockade, enforced by Nato since March 31, ended a minute before midnight on Monday Libyan time (9.59pm GMT), as stipulated by a UN Security Council resolution last week that ended the alliance’s mandate.

‘Loyalists still a threat’
Operation Unified Protector was terminated even though Abdul Jalil had asked for the alliance to stay until the end of the year, warning that Gaddafi loyalists still posed a threat.

But Nato deemed that civilians were safe from attacks after the new regime declared the country liberated following Gaddafi’s death and the fall of his hometown of Sirte on October 20.

The NTC chair hailed Nato’s crucial support and the precision of its air strikes.

“The Nato operation in Libya was successful in a great way … It was very accurate in the way that civilians were not affected. I think the people of Tripoli testify to that,” he said.

Earlier, Rasmussen told AFP that the military alliance stood ready to help the new Libya in areas such as defence and security reform, adding that member countries might be able to assist with border control.

“(But with) no Nato troops on the ground, I don’t foresee a major Nato role,” he added.

It’s over to Libya and the UN now
“It’s now for the United Nations to take the lead of the international assistance to the new authorities in Libya.”

Western air strikes helped tip the balance of power in Libya’s conflict, preventing Gaddafi from crushing the revolt that erupted in mid-February.

The bombing raids stopped his forces from marching into the rebel eastern city of Benghazi in February, pulverised the dictator’s air force and gradually turned the tide of the war against him.

While Nato has steadfastly denied targeting Gaddafi during the campaign, it was an alliance air strike that hit his convoy as it fled Sirte, leading to his capture and killing.

Rasmussen insisted Nato did not know Gaddafi was in the convoy.