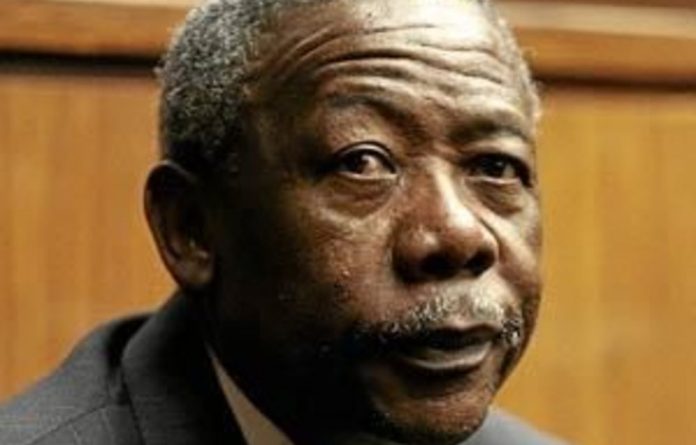 State prosecutor Gerrie Nel told the SCA in Bloemfontein there was no reason to interfere with the findings of the trial court.

He remains free pending the appeal judgment and was not at Wednesday’s hearing.

Nel told a full bench of five judges that Selebi had not explained how he got hold of large amounts of cash.

In comparison, the state gave the trial court an explanation, although using an imperfect witness in Agliotti.

“We have a witness, some corroboration and the accused [Selebi] does not have answers,” said Nel.

Nel submitted there was no reason for an alleged conspiracy between her and Agliotti against Selebi over payments to the former top cop.

The court heard argument about Agliotti buying the national head of police and his family expensive clothes and the message it portrayed.

Jaap Cilliers, senior counsel for Selebi, submitted there was a component of “friendship” in the relationship between Agliotti and Selebi, which led to an intensive debate with the judges.

The bench wanted to know why the country’s police head would take a friend along on police business to meet people on intelligence-related matters.

Cilliers said Selebi was not a career police officer but a politician.

“He was put in that position.”

Cilliers said Selebi’s situation could be a lesson to politicians that the head of police should be a career police officer who “must go through the ranks”.

“We sit here with a person with no police training or experience whatsoever,” said Cilliers.

‘Stashing cash’
The court heard earlier that Selebi had large amounts of cash he could not explain.

This was the contention of Nel as he began arguing the state’s case.

Prompted by Nel’s submission on Wednesday about the unexplained cash, Judge Suretta Snyders said that Selebi would not be the first person to like “stashing cash”.

“But the cash was unexplained,” submitted Nel. He said the average individual would know that cash paid into an account would leave a paper trail.

Nel said his arguments would focus on the corroboration aspects of the evidence.

This included findings of a KPMG report and how Selebi used inside knowledge as police head to influence the case.

“Everything advanced to this court was done at the trial court,” said Nel referring to Selebi’s arguments on Tuesday.

Lack of activity
He submitted that the SCA should keep in mind that Selebi was the head of the South African Police Service and the international policing body Interpol.

“Here was somebody that knows what police were looking for, keep it in mind,” said Nel.

He submitted that Selebi knew from an early stage what kind of man Agliotti was.

Before the tea break, Nel argued various aspects of the evidence in regard to cash Selebi received from Agliotti and the lack of activity in Selebi’s bank accounts at times for somebody with normal household expenses. — Sapa