Echoes of SA’s struggle are deafening 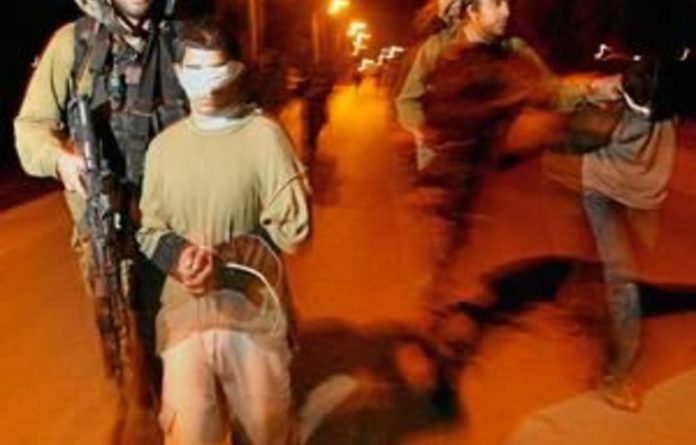 I spent the better part of several days glued to the internet watching the release of Palestinian prisoners and an Israeli soldier. I find such dizzying moments of celebration and happiness utterly compelling.

We in South Africa know all too well how much good can be achieved when the prison doors finally swing open and how much harm is done when those doors swing closed more so when they swing closed on juveniles.

Once authorities start to imprison juveniles on political grounds, to extract confessions with no protections, and to parade them in court, as a means of stifling peaceful protest, it signifies a point of no return and the consequences for the future will be dire.

In an elaborate and rare prisoner exchange Israeli soldier Gilad Shalit, who was held for more than five years by the militant Palestinian group Hamas, was swapped on Tuesday for hundreds of Palestinians who have spent many years in Israeli jails.

Bassem Tamimi, a veteran grassroots political activist from the West Bank village of Nabi Saleh and co-ordinator of the village’s popular committee, was arrested for the 11th time in March this year. He faces charges based on coerced confessions by youth from the village. The charges relate to “incitement”, “organising and participating in unauthorised processions”, “solicitation to stone-throwing”, “failure to attend legal summons” and a scandalous charge of “disruption of legal proceedings” for allegedly giving youth advice on how to act during police interrogation in the event that they are arrested.

A little-known fact about the administration of law and order in Israel is that some of it reaches levels of perfection even our regime was never able attain. In the occupied Palestinian territory, two separate systems of law rule over the people: Israeli law to govern Israeli citizens and military law to reign over the Palestinian subjects.

The age of adulthood was recently raised from 16 to 18 in Israeli military law, but many of the legal defences enjoyed by Israeli minors, such as the right to have a parent present during police interrogation, still do not apply to Palestinian minors.

Interrogation
As part of Israel’s campaign to criminalise and quell civil resistance to its occupation through legal persecution, minors are often those hardest hit. The Israeli army systematically raids the houses of Palestinian children, some as young as 12, who are then detained and interrogated to try to draw confessions from them and — more importantly — incriminations of others.

Such was the case of 14-year-old Islam Dar-Ayyoub from Nabi Saleh. On the night of January 23, Israeli soldiers stormed his house and took Dar-Ayyoub from his bed at gunpoint.

During his interrogation, which took place the morning after his arrest and without his being afforded any sleep in the interim, Dar-Ayyoub alleged that a well-known grassroots activist from his village, Tamimi, organised groups of youth into “brigades”, which were allegedly in charge of different tasks during the demonstrations in the village: some were allegedly in charge of stone-throwing, others of blocking roads, creating distractions, and so on.

The video recording of the 14-year-old’s interrogation shows that he was not informed of his right to remain silent, as the law requires, but rather told that he was “expected to tell the whole truth”. He was questioned in the absence of his parents, and his lawyer, who was present at the police station during his questioning, was prevented from seeing him.

Dar-Ayyoub’s testimony and that of another Palestinian, a 15-year-old, were then used to arrest and imprison Tamimi, who is still awaiting trial — seven months after his arrest. Over the past two months since Tamimi’s arrest, the Israeli army has arrested 24 of Nabi Saleh’s residents on protest-related suspicions. Half of those arrested are minors, the youngest of whom is 11.

At the opening of the proceedings against him, Tamimi proudly owned up to having organised peaceful civil resistance in his village. “I organised these peaceful demonstrations in order to defend our land and our people. I do not know if my actions violate your occupation laws. As far as I am concerned, these laws do not apply to me and are devoid of meaning.”

Referring to Israeli activists who support Palestinian struggles, he said: “These demonstrations allowed me to see people from the other side who believe in peace and share my struggle for freedom. Those freedom fighters have rid their conscious [of] the occupation and put their hands in ours in peaceful demonstrations against our common enemy, the occupation. They have become friends, sisters and brothers. We fight together for a better future for our children and theirs.”

No democracy-loving South African who lived through the hell and the fury of the struggle in the 1980s can fail to see the parallels with our struggle. For the sake of justice, the future and the children, this madness must come to an end.

Barbara Hogan is a former minister of health