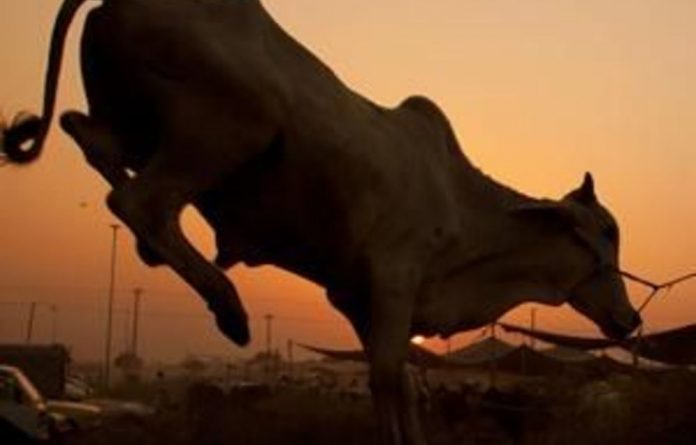 On Sunday Muslims celebrate Eid-ul-Adha, the festival of sacrifice. Whereas Eid-ul-Fitr, which marks the end of fasting during Ramadan, is associated with gastronomic bliss and beautiful clothes, on this occasion there’s usually more bloodshed than breyani.

I was 15 when I slaughtered a sheep for the first time in my grandparents’ backyard. With my dad at my side, I fed it sips of water, recited the customary prayer and drew the knife across its throat. It was a bloody, sobering, enlightening experience. Would I have preferred to chop up a broccoli head instead? Definitely, but that would be missing the point.

Eid-ul-Adha commemorates the prophet Ibrahim’s (Abraham’s) unconditional submission to the Almighty. He was willing to sacrifice his son Ismaeel after God commanded him to do so in a dream. Moments before Ibrahim could slaughter Ismaeel, God sent down a ram in his place. The act of slaughtering an animal on this day symbolises one’s willingness to submit to His will, to make self-sacrifice, even if it doesn’t correspond to your personal rulebook.

But animal rights activists don’t buy it. They’re vociferously campaigning for ritual sacrifices to be banned and point to blatant animal rights abuses that occur under the guise of religion. Muslim scholars dismiss this as anti-Islamic propaganda but it’s a legitimate concern. Last year Australia stopped exporting cattle to Egypt ahead of the festival, citing video footage of “horrific” animal cruelty. This included sheep being strapped to the roofs of cars, dumped into trunks for transporting and mass slaughtered on the streets in plain sight of other animals queuing to be killed. Such practices contravene the Islamic laws of slaughtering — quickly, with minimum pain and out of sight of other animals — and it’s not the Eid-ul-Adha I, or any Muslim, should be celebrating.

In South Africa, unlike in Western countries, ritual animal sacrifices are permitted in urban areas as long as municipal sanitation laws are followed and animals are treated respectfully. This gives those who consider slaughtering obligatory a hands-on experience of Eid. But for Muslims who are vegetarian, the sacrifice is hardly a cut-and-dried — excuse the pun — event.

A friend of mine who prefers not to be named admits it’s challenging having to reconcile religious duty with personal choice. “I stopped eating meat when I was 18 simply because I felt guilty. I know slaughtering is my Islamic duty but there’s no way I can do it with my bare hands.” Each Eid, she gives money to a charitable organisation in Malawi, which performs the sacrifice on her behalf.

For Faheema Mayet who quit eating red meat five years ago, Eid-ul-Adha is a wonderful experience that also delivers a lesson in ethical eating. “My family and I slaughter every year and it doesn’t freak me out. I think sacrificing an animal in the way Islam commands teaches deep respect for life and prompts us to be more conscious of where our food comes from. So many people are blissfully unaware that that box of fried chicken they’re scoffing was produced in a factory where chickens were debeaked, injected with chemicals and electrocuted. We should be more responsible in our food choices,” she says.

A similar concern about the inhumane treatment of animals and belief in the sanctity of all life prompted Khadeeja Bassier to adopt a vegetarian diet. She doesn’t view slaughtering as obligatory and prefers to demonstrate her faith in other ways. “My parents slaughtered animals for me when I was younger but this is no longer the case. If I decide to have children one day then I will not partake in this practice [but] rather distribute money or food packages to the poor on their behalf.”

Rishad Omar became a vegetarian in July 2010 for health and moral reasons. He’s vocal about his reasons for not slaughtering. “I think Islam is all about kindness, actions and in-depth spirituality, not customs, words and dress code. So it does not bother me that I do not practice this ritual. There are lots of things I can do to practice [Islam].”

There may not be a consensus on slaughtering during Eid-ul-Adha but it’s clear that this Sunday will be an introspective affair for Muslims, whether they pick up a knife or not.

I’ve summoned up the courage to slaughter a sheep by myself again, 10 years after that morning in my grandparents’ backyard. It’s not a decision I made lightly, nor is it one I (or any Muslim) should feel the need to defend — not to animal rights activists (who are bound to cry bloody murder anyway) and certainly not to Islamophobes who brand us as ‘barbaric bastards” and terrorists. Really now, who has the time to be both?