More lost than fungi in France 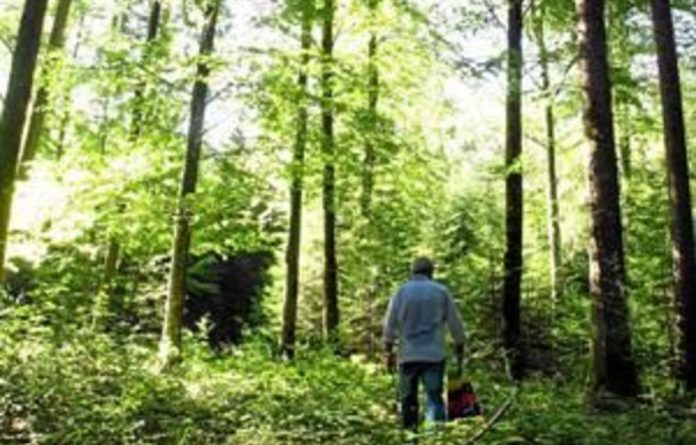 “If you get lost, just remember, the moss grows on the north side of the trees,” my friend and local guide for the day, Pierre, says by way of reassurance. We are about to enter a massive pine forest sans bread, water or any other provisions you might expect — like say a compass or an emergency flare — on your first-time foraging mission.

You wouldn’t know it from my orienteering outfit, but I’m completely lost. I don’t speak geographical co-ordinates and I wouldn’t say I was a fungi fundi.

I had to Google cêpe to see what this mushroom actually looks like when it’s not hiding in a risotto.

Luckily, I am fluent in Blackberry, which means that, with my calculator app, if we happen to get lost I can just enter “northeastern France”, “off farm road”, “near Swiss border” into my GPS and in all probability we will end up 50m from a herd of cows, cheese shop or semi-famous ski resort closed for the summer.

As we fan out in the forest and make our way to the dark, damp corners that only mushrooms could love, I start revisiting the French rules on foraging for fear I make a faux pas. Rule one: pick only “reasonably sized” mushrooms. If they’re too small, they cannot release their spores and propagate. Rule two: you have to cut the mushroom at its base. Never “rip” it up as this will damage the underground part of the mushroom.

This I gather, by way of Pierre’s pained expression earlier, would be the gastronomic equivalent of not serving cheese with a meal.

Barbaric. There is a third informal rule that Pierre mentions but does not clearly follow today. You are supposed to make use of a wicker basket or the like so that the mushrooms get a second chance to drop their delicate spores as you continue stomping on their land, looking for more kin to kill.

Unfriendly fungi
So many things mentioned and yet no one thinks to warn you how bliksem hot and humid the forest is. I had a cool Newlands forest walk in mind when I got dressed this morning, but over here the tall pines hog all the light and trap all the heat, so you quickly end up crouching in inhospitable places looking for mushrooms that know how to make themselves inconspicuous.

And if they don’t, they’re probably poisonous, or at least that’s my summation of Pierre’s warning: “If it looks like it belongs in a Disney cartoon, don’t touch it or eat it.” He later elaborates with cautionary tales about the most commonly ingested poisonous mushroom, the Yellow Stainer, and follows it up with another “rule of thumb” that I loosely translate as: “If the underneath part looks like a loofa that you would use in your bath, it’s good. If it looks like a frilly white beefeater collar, it’s bad.”

I later read that about 30 people (and not all of them foreigners, surprisingly) die every year in France from eating poisonous mushrooms, most of them from the aptly named Death Cap, which the team describes in so much visual detail that I now cannot remember what the good cêpe looks like.

And it gets even more complicated when I learn that the Boletus family, in which the cêpe is a key member, isn’t as Brady Bunch as it pretends. It does have one evil offspring in the batch — Satan’s Boletus. Apparently your bowels and toilet bowl will know within four hours whether you have made the amateur mistake of eating this red-stemmed devil.

You would think that this would be a good time to go to the local pharmacist. In many parts of rural France where foraging is a popular pastime pickers can take their dubious findings to their local chemist, who will gladly dispense of their knowledge to help you separate the dangereux from your pour manger (for eating).

Lost in the woods
Back in the forest, after 40 minutes spent crouching, crawling and squatting under our humid canvas, I start to think that maybe foraging is like a Bikram yoga class — all sweat and compromising postures that you must hold longer than your limbs deem necessary. And, when you do eventually come up for air and a glimpse of the skyline, you really can’t see the wood for the trees.

So you spend the next 15 minutes re-orientating yourself with the mental markers you tried to make along the way or mostly hollering to your group like a lone pup looking for its pack.

Small confession. I imagined picking mushrooms to be a little more Alice in Wonderland (hallucinogenic references not implicitly implied here) and a lot less Lost, Season 1. But it’s not. It takes some patience, a few rudimentary scout badges and a whole lot of local knowledge just to locate the mouldy masses, never mind not ­poison your dinner guests.

But if you don’t have the skills to pick a good mushroom, at least know how to pick a good team, preferably of the local variety. That’s how I eventually got to taste my first wild cêpe, delicately fried in garlic butter and tossed with a pinch of pride.

It’s also how I got to hear of Article 547 of France’s Code Civil, while running in the general direction of the car. Apparently, the law states that the mushrooms actually belong to the landowners, not the pickers. So much for possession is nine-tenths of the law. It’s legal proof that it’s not always lekker being too local, so don’t perfect your French accent just yet.

South Africa
Foraging: slowfoodmothercity.co.za usually organises an annual mushroom foraging event in Cape Town during mushroom season, which runs from after the first rains in April until June.

Foraging/advice: “The mushroom man”, Gary Goldman, who runs the Mushroom Factory is a self-taught mushroom expert and an exceptionally knowledgeable guide to the best spots in Cape Town, if he can spare the time, that is. Contact: 021 686 7188

France
Guided tours: If you struggle with French, join one of many British tour groups on a mushroom foraging weekend. Fungi Foret (fungiforet.com) offers a five-day, all-inclusive mushroom weekend in Brittany, for about £400.