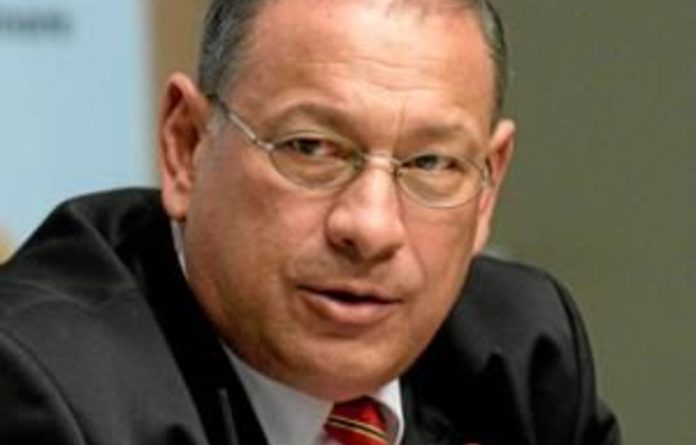 Lourens van Staden, the deputy vice-chancellor of TUT, will run WSU for up to two years, Nzimande announced on Wednesday. The move follows assessor Dan Ncayiyana’s devastating report to Nzimande in September, saying the university was bankrupt and almost completely dysfunctional in its core governance, academic and student operations.

But in recommending the university be placed under administration immediately, Ncayiyana was — unusually for an assessor — emphatic about the kind of administrator needed to turn WSU around. “WSU is “a highly politicised, sophisticated and contentious community [that] will run rings around” an administrator who is not a “seasoned, thick-skinned and resolute academic with considerable experience and insight into the workings of academic institutions”, Ncayiyana wrote in his report to Nzimande.

Even that would not be enough, however. “An administrator appointed as a ‘lone ranger’ is destined to fail,” Ncayiyana wrote. The minister should also appoint a “team of experts” in a “cohort intervention” to rescue WSU.

Earlier this year Van Staden was one of five shortlisted candidates for vice-chancellor of TUT. Scandal enveloped the process when it emerged that the doctorate of Johnny Molefe, the candidate whom the TUT council backed heavily and eventually appointed, was unrecognised by any official accrediting organisation in the world.

Molefe ousted
Molefe was ousted this week when his appointment as vice-chancellor three months ago was not confirmed. Themba Mosia, the administrator Nzimande sent in to take over TUT in August, announced on Tuesday that Molefe had failed “to provide valid documents that were required to support his appointment”.

Molefe referred the Mail & Guardian to his attorney, who did not respond to queries.

Few at WSU appeared to know who Van Staden was after Nzimande’s announcement on Wednesday, one senior insider said. Some welcomed the minister’s move in principle, but others had begun to express “cautious scepticism” about Van Staden’s credentials for the task.

Van Staden did not respond to messages left on his cellphone from Wednesday or to questions emailed on Thursday morning.

A senior insider queried Van Staden’s familiarity with the “stakeholder-driven environment” at WSU.

The M&G has a copy of his CV, which suggests the Pretoria-based, 55-year-old’s work experience has been entirely based in Gauteng.

Higher education director general Gwebs Qonde said Van Staden is “a distinguished academic with over 27 years’ experience” who has “a track record of working in difficult situations”.

On rumours at WSU for more than a month that the higher education department had approached several others before Van Staden, all of whom declined the mission, Qonde said the department had interviewed a number of people and Van Staden was “the best possible candidate”.

Staff scepticism
The WSU senior insider referred to “cautious” staff scepticism at WSU’s Mthatha campus, the site of the only former university (Transkei) in the three-way merger that included two technikons. The scepticism was centred on Van Staden’s wholly technikon background.

The administrator’s CV shows that before reaching his current position at TUT, formed from a merger of three technikons, he was deputy vice-chancellor at one of these technikons (Northern Gauteng). His doctorate, from the former Rand Afrikaans University, was about “curriculum development at technikons”.

Qonde said Nzimande “is satisfied this appointment is appropriate and that [Van Staden] does have the qualities that will enable him to succeed”.

For Nkoyi the appointment opens another opportunity to suggest the WSU merger should be undone. Although Sasco officially believed”the merger must still be given a chance”, Nkoyi said, he and like-minded colleagues such as the WSU Nehawu would take the idea of “unbundling the merger to Sasco’s provincial conference at the end of the year”.