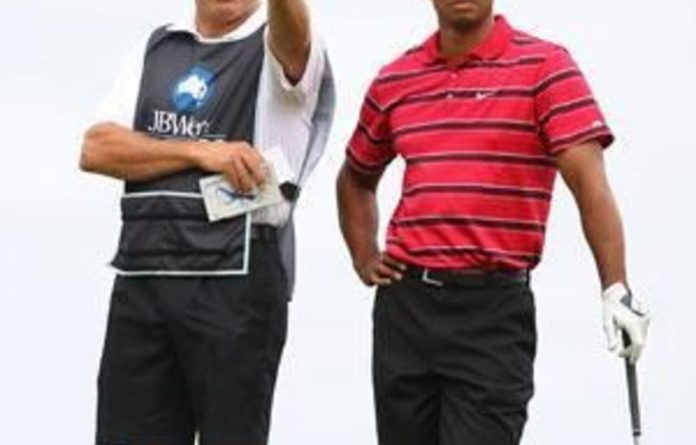 Greg Norman insisted on Monday his one-time caddy Steve Williams is not racist as the New Zealander’s slur about former boss Tiger Woods threatened to overshadow this week’s Australian Open.

Williams, who was Woods’s caddy for 13 of his 14 Major titles before being sacked earlier this year, referred to the former world No. 1 as a “black arsehole” during an awards dinner on Friday night in Shanghai.

His remarks were widely condemned but his current employer, Australian Adam Scott, has refused to fire him and he is set to carry the world No. 8’s bag at this week’s event in Sydney.

Woods is also playing but the possibility of Scott and Woods being paired up on Thursday and Friday has been ruled out.

“It has nothing to do with the incident that was spoken about over the weekend. It was never going to happen anyway. No chance,” tournament director Tony Roosenburg told Sydney’s Daily Telegraph.

‘Steve’s not a racist’
Woods was in Melbourne on Monday for a round of golf with cricketer Shane Warne, Warne’s fiancée Liz Hurley, and gaming tycoon James Packer.

But he refused to take questions on Williams in an interview with Melbourne radio, instead focusing on his recovery from injury.

“I’ve been rehabbing for so long I haven’t been able to train,” he said.

Norman, who is also playing in Sydney before captaining the International team at the Presidents Cup in Melbourne next week, said Williams needed to be cut some slack.

“Steve’s not a racist,” he said of a man who carried his bag for several years at the height of Norman’s own career in the 1980s before being fired.

Asked at a press conference whether Scott should sack him, the golfing icon replied: “Not at all.”

“We’ve all made stupid comments at stupid times. Unfortunately his stupid comment became global news. I know he probably regrets saying it … But I guarantee in that room that night there was probably some heavier things said … Because of the temperature that was going on between the two of them, anything that is said or not said is going to exacerbate whatever that feeling is … I hope it gets resolved. Golf doesn’t need it. Golf needs Tiger back playing great golf like he used to,” Scott said.

‘No harm’
Williams (47) posted an online statement on Saturday apologising to Woods and admitting his comments “could be construed as racist”, while the US and European Tours have declared the matter closed.

With the scandal rumbling on, Roosenburg admitted it sharpened interest in the Australian Open.

“It is a very sensitive subject and I’m certainly not commenting on that,” he said about the Williams slur.

But he went on: “I don’t think it’s doing the Open any harm. Certainly not, it’s adding another dimension … Was I looking for this sort of build-up? No, but you take it when you can get it. The Tuesday media conference [with Woods] will now be bigger than it was already.”

Woods has not won since the 2009 Australian Masters in Melbourne and will be hoping The Lakes course in Sydney can help turn around his fortunes.

Matildas to get equal pay