It’s a gas to be living in Egoli 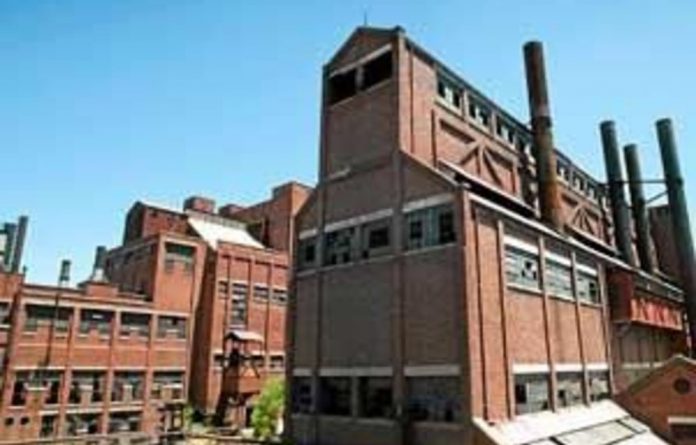 If there is a metaphor for a dead Johannesburg, it is the old gasworks in Cottesloe with its rusted steel and polluted ground. But now it is about to be reinvented as one of the city’s go-to places, complete with a boutique hotel, loft apartments, offices, a parkland and lifestyle shopping centre.

The three iconic gas tanks that ­dominate this part of Johannesburg’s skyline will become two. The third will be knocked down and erected again — in its present circular shape — as offices or loft apartments.

Ten years in the making, Egoli Gas is about to issue a tender for a ­developer to pump R1-billion into the 14.8 hectare site to transform a set of derelict buildings into a precinct that uniquely ­combines a working gas plant with a niche shopping centre and attached living and work ­components. It is reminiscent of the Waterfront ­development in Cape Town with its working harbour.

The site will continue to operate as a gasworks and, with gas on tap, the street lights and appliances in the apartments and restaurants will, of course, run on gas.

The revamp will include 1 000 underground parking bays for shoppers. There will be 10 600m2 for retail therapy and 700 middle- to upper-income apartments and 730 student units are planned. The boutique hotel will be a new building with 100 rooms, built to fit in with the red-brick and steel structures around it.

“It will be a modern aesthetic in a new way,” said Barry Senior of Gapp Architects, the firm responsible for the Waterfront. Gapp has done the Apartheid Museum, Nelson Mandela Square and the Maropeng visitor ­centre in the Cradle of Humankind.

Built in typical World War II style, the buildings date back to 1939 when the gasworks was constructed to operate as a coal-to-gas plant. It was decommissioned in 1992 and has sat derelict since then. Egoli Gas now gets its gas from Mozambique through Sasol and distributes it to 7 500 households and businesses in the city.
There has been no shortage over the years of parties interested in rehabilitating the site and turning it into a chic post-industrial living location, but there has been a problem: the plant had tar as a toxic by-product that accumulated on the site.

A solution to the problem had to be found before development could be considered. Quintus Joubert, a director at Egoli Gas, said many tests and 200 boreholes later it was established that alternating layers of tar and soil were present.

Removing the tar would be an expensive and time-consuming exercise, so instead a ­creative solution was found: the tar would be covered with a landscaped park, complete with a pond and an amphitheatre covered in grass.

An international trend
The old plant consists of several tall red-brick buildings filled with strong steel beams stretching to the roof, which were used to support machinery in the buildings. The ­interiors have a cathedral-like ­ambience that is lit by large windows and light from clerestories.

These buildings, about five or six storeys tall, will be the focus of the retail precinct, with a covered, glazed link providing a flawless walkway between them. They will be converted into tall atriums of shops and restaurants, with cascading gardens
and glass roofs based on similar industrial-building conversions in London, New York and Boston.

The open spaces between the buildings contain free-standing steel structures such as hoists, turbines and chimneys. These will be recycled as sculptures and public art, interspersed with water features, to provide landmarks and direction around two squares. Senior said that there would be no walls or fences around the site, although security would not be compromised.

The entrance to the complex will be from Annet Road and Frost Avenue, making the precinct easily accessible.

Will it be synergistic or compete with the nearby 44 Stanley Avenue, the revamped factory building around the corner?

The idea was to attract the middle-to upper-income market in a “secure work, live, play, shop precinct”, said Senior. Sandwiched between the ­universities of Johannesburg and the ­Witwatersrand, there was a ready market — lecturers, students and others. He said there would be “plenty of footfall” because of the bus rapid transit operation just down the road and the University of Johannesburg’s tourism and hospitality school close by.

“There is a huge need in that area. It will be family orientated — people will live and shop in the precinct.”

Unique heritage
The Egoli Gas site, which is yet to be renamed, combines heritage, industrial architecture and a close-to-nature experience with one of ­Johannesburg’s trickling streams ­running through it. “Rarely does a site become available for redevelopment that has such important heritage buildings and is an industrial archaeological treasure trove,” said Senior.

A quaint aspect of its heritage is that the queen of England once owned seven erven on the site, at least until 1961 when South Africa became a republic. The erven, worth about R600 000, are now in the messy hands of the department of public works and buying them back is proving to be an exercise in patience.

Joubert said Egoli Gas had already been approached by interested ­developers but the development would go to tender in the new year.

All the relevant impact assessments have been conducted. The rezoning of the site is in progress and construction is likely to begin late next year.

Egoli Gas will stay just where it is, occupying two office buildings in the centre of the site.