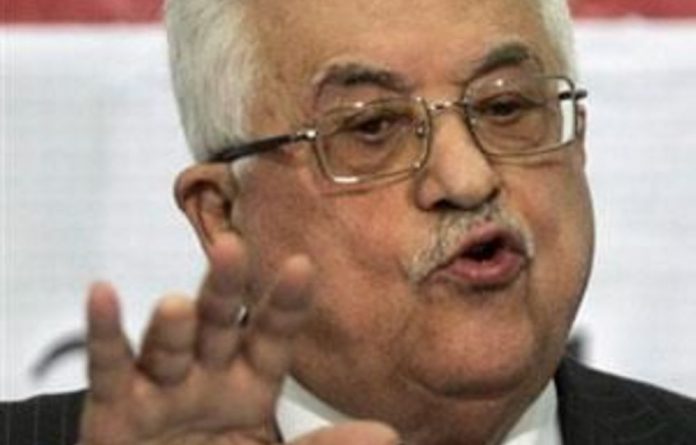 The United Nations Security Council said on Friday it had failed to agree over a Palestinian bid for full UN membership, but the Palestinians said they would not give up their quest.

A report adopted by the UN Security Council committee setting out the deadlock threw up a major new obstacle to the Palestinian bid to get international recognition to strengthen its standing against Israel.

“We will consult with our friends, intensify our efforts and we are dead determined to succeed in this exercise and I believe that we will,” Mansour told reporters.

The United States has vowed to veto any full Security Council vote on Palestinian membership and member nations have made it clear that it would not get the required nine votes out of 15 to approve membership.

The Security Council report detailed how some members supported the Palestinian bid and some opposed membership.

Portugal’s UN ambassador, José Filipe Moraes Cabral, Security Council president for November, said there was no plan for a full council meeting where a vote could be held.

“I will be consulting other members of the council, other interested parties and we will decide the way forward,” Cabral told reporters.

Reconsider the options
Abbas made the application amid an international fanfare at the UN general assembly on September 23.

Abbas is to meet the Arab League representatives next Wednesday and some kind of decision on whether to seek a Security Council vote or try for super-observer status in a UN general assembly vote is expected after that.

The United States and Israel oppose full membership of a Palestinian state saying that it can only be achieved in direct talks with Israel.

Eight countries on the council have openly declared support for the Palestinian bid or are likely to back it. Key European powers Britain and France have said they would abstain. Germany and others would be likely to follow.

The Europeans also want to see the Palestinians return to talks with Israel that have been frozen since last year because of Israel’s refusal to halt construction in the occupied territories.

Heading into Friday’s talks, German ambassador Peter Wittig said it was clear the Palestinians had no majority backing for membership.

“We think the Palestinians should now weigh their options and reconsider what to do,” Wittig told reporters.

Consolation prize
The Palestinian success in securing acceptance in Unesco, the UN’s cultural and educational agency, was only a temporary boost to the membership campaign, many UN diplomats say.

The Palestinian leadership could now go to the 193 member UN general assembly and seek super-observer status as a first step to full membership. France President Nicolas Sarkozy has strongly pressed this proposal.

Such a move would allow the Palestinians to join UN organisations and sign international treaties, such as the International Criminal Court.

“But Abbas must weigh whether this would not be seen as a poor consolation prize after the Security Council rebuffal,” said one UN Council diplomat.

“We have collectively to do more work and we are more determined than ever to continue with this exercise until the conditions in the Security Council are ripe for Palestine to become a member state,” Mansour said, highlighting the Palestinian Authority’s determination. — AFP

International Literacy Day: Changing the world, one word at a time

Schooling and Covid: A new UN report tracks adaptations in education in 142 countries