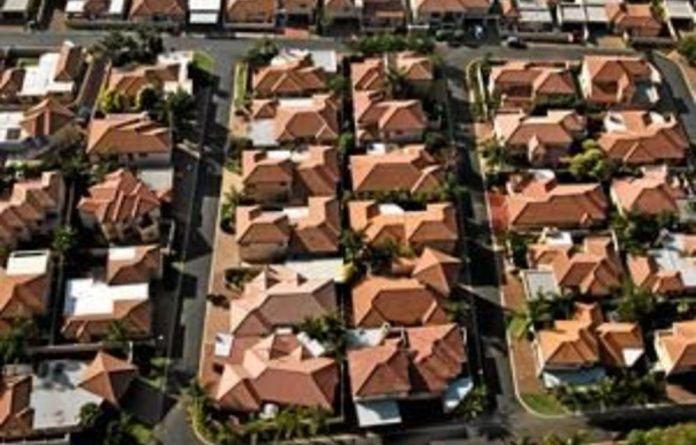 The Greeks are underwater, the Irish and Portuguese are on life support, the water is lapping at the chins of the Italians and the French are taking urgent steps to dam the flood. So bad is the Greece situation that if it implements austerity measures until 2020 and investors take a 50% loss on their investments, its debt-to-gross-domestic-product ratio will still be 120%.

South Africa’s public-debt-to-GDP ratio is set to rise to no more than 40% in the current three-year budget cycle. We are not even waist-high in debt, but this has not stopped headlines like “Drowning in debt“, “Debt bombshell”, “In debt up to our ears”, “SA’s debt time bomb” and “Next year’s pay already spent” from appearing.

The concern locally is about household debt and not the public debt that is swallowing Europe. Planning Minister Trevor Manuel recently quoted Reserve Bank data indicating that after-tax income is 75.9% of household debt.

“If we disaggregate this ratio, we will establish that the middle classes are in way above 100% — all of next year’s earnings are already spent,” Manuel told a consumer conference.

But at the same time as these headlines are telling us the situation is somewhere between reckless and hopeless, a global report on household wealth has singled out South Africa as a star performer.

“In many respects South Africa is the model for many other African economies. Its household wealth has grown vigorously in the past decade or so, quadrupling in value from $8 400 in 2000 to $34 000 by mid-2011,” said Credit-Suisse.

“When wealth is expressed in United States dollars, the financial crisis appears to have caused a significant setback from which South Africa has now fully recovered. However, when measured in rands, the 2008 trough is quite mild. A larger fall in proportional terms occurred in 2003.”

Drowning in debt
The debt headlines and the wealth report are analysing the same thing: the South African household. We are, it appears, both drowning in debt and wallowing in wealth. Which is correct? The debt-to-after-tax-income figure highlighted by Manuel is not particularly helpful because it shows how far your income would go if you tried to pay your debt off in a single year. We pay off debt over considerably longer periods than that. South Africans now spend about 7% of their take-home pay servicing debt each year.

Manuel referenced National Credit Regulator figures that indicate that about 46% of consumers — 8.8-million of 18.8-million in total — have impaired records. This is indeed alarming.

The Financial Mail quoted a debt expert who said: “Put simply, almost half of all credit-active consumers are maxed out in terms of their ability to repay their debt.”

Could it be true that nearly half of consumers, with a combined debt of R1.2-trillion, cannot service their loans? The regulator’s figures indicate that 90% of credit comes from our banks. I was intrigued to know how the banking system could function with such apparent levels of bad debt — perhaps as much as R500-billion — and called the regulator to ask.

I was told that South African consumers hold 65-million accounts in total and that it is not infrequent for individuals to have one or two nonperforming accounts. These include judgments for minor unpaid bills. In many cases the consumer remains creditworthy even with one or more accounts in default.

The regulator’s latest figures indicate that 16.5-million accounts are in trouble, 25% of the total number of accounts. This is R133-billion or 11% of R1.2-trillion in outstanding loans.

We have a registrar of banks, Errol Kruger, whose job it is to ensure that banks follow prudent lending policies. The registrar’s last report, for 2010, found that impaired or non-performing loans of R134-billion made up 5.8% of the total number of loans. Kruger concluded that the banking system was “safe, stable and sound”. That is not exactly reckless or hopeless.

Of concern is the rapid rise in unsecured lending — loans that are not secured by a property or motor vehicle, for example. These loans have ballooned from R45-billion three years ago to R88-billion now, the Financial Mail reported.

Unsecured loans attract high interest rates; as much as 32% is allowed by the National Credit Act.

The banks most associated with this market are African Bank, which has a loan book of R30-billion, and Capitec with R13-billion. Both are nicely profitable with bad-debt write-offs of 10.4% and 12%, respectively, relative to average gross advances. Capitec’s average size of loan is a modest R2 600.

Is credit too easy to come by? Apparently not. The regulator says that in the second quarter 44% of all applications for credit was refused.

But there is stress in the system. About 100 000 consumers are in debt counselling and about 6 000 apply each month to be admitted.

Some consumers, notwithstanding the success of the Credit Act, have reportedly managed to get themselves so indebted that they can spend 90% of their after-tax income on servicing debt.

The authorities are understandably worried about highly indebted consumers, but they are only a part of this story. Overall, the picture is one of rude health.