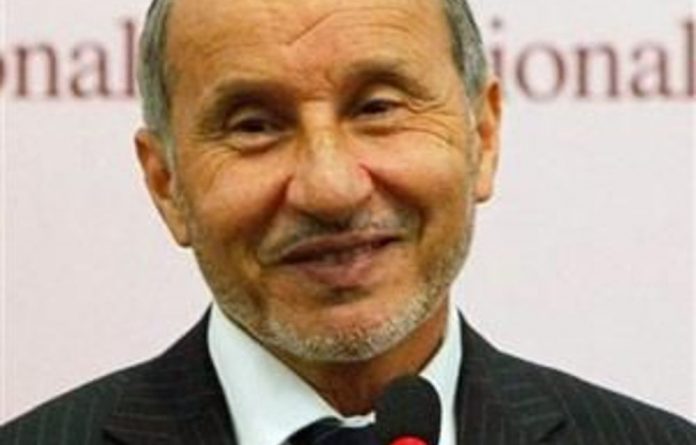 Libya won’t turn into an extremist Islamic country, its interim leader assured the European Union’s (EU) top diplomat on Saturday, adding that the formation of a new government of experts is to be completed in the coming week.

Mustafa Abdul-Jalil, chairperson of the National Transitional Council (NTC), caused a stir in the West last month when he said Islamic Shariah law would be the main source of legislation in the new Libya and that tenets violating it would be nullified.

At a news conference with EU foreign policy chief Catherine Ashton, he addressed those concerns. “We will not be an extremist Islamic country,” he said. “Our Islam is moderate.”

Other NTC members have said Abdul-Jalil had expressed his personal views on the role of Shariah law. They noted that a constitution, which would address the role of religion in Libya, will only be written next year.

Ashton told a women’s conference in Tripoli that Libya’s women should make sure that their rights are enshrined in the future constitution, calling for gender-equality in the male-dominated country.

“The [EU] wants to be with you on this journey, to try and help overcome the political and social barriers, to help ensure your role in shaping your future,” Ashton said.

Role of women
Abdul-Jalil said women would play a role in Libyan politics and business and that they would be represented in the interim government that is now being formed and will run Libya until a national assembly is elected by June. He said the 63-member NTC has four female members, citing it as an example of the political participation of women.

The recently appointed prime minister, Abdurrahim el-Keib, is to present the list of names of the new ministers to the NTC in the coming week, Abdul-Jalil said on Saturday.

Ministers would be chosen based on expertise, not tribal considerations, he said.

The NTC chief was evasive when asked about growing concerns about the uncontrolled ownership of weapons. Since the end of the eight-month civil war that toppled the Gaddafi regime, rival anti-Gaddafi militias have clashed repeatedly.

On Friday, a dispute between armed groups from the coastal city of Zawiya, some 50km west of Tripoli and the nearby town of Warshefana left two people dead. The circumstances of the deaths remained unclear. It was the latest in a series of violent confrontations between militias jockeying for position.

Creating employment
El-Keib, the prime minister, has said he could not disarm fighters until he has prepared alternatives, including jobs and training. Abdul-Jalil seemed to affirm the slow approach on Saturday, noting that 75% of those carrying weapons are unemployed. “We will provide real opportunities of employment. We will support them,” he said.

Ashton opened an EU office in Tripoli and said her visit was meant to show support for the post-Gaddafi Libya. “We hope to be here for many years as your partner,” she told Abdul-Jalil.

She said she would try to ensure that billions of dollars in Libyan assets abroad, frozen as part of international sanctions against the Gaddafi regime, will be released as quickly as possible. She said she would raise the issue when European foreign ministers meet on Monday.

The EU has so far given Libya €155-million in humanitarian support and is to help in other fields, including building state institutions and supporting the health sector, an EU statement said. — Sapa-AP