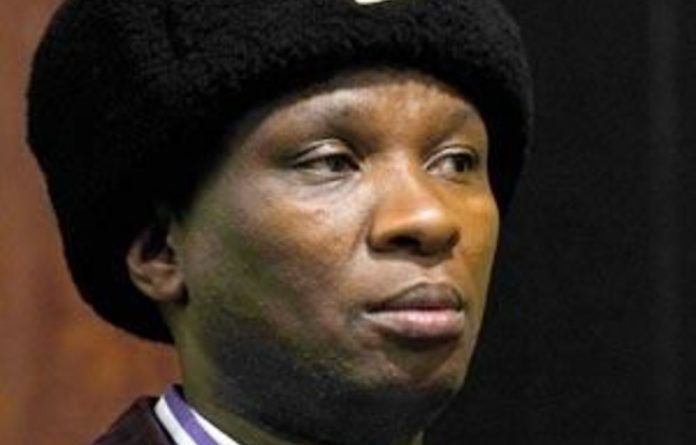 Presidential adviser Zizi Kodwa has made a formal legal application for the release of a blood sample taken by Rosebank police.

He said on Monday that he wanted a private blood alcohol test done on a sample that was taken from him after he was arrested on suspicion of drunk driving.

“[My] attorney has applied for and is demanding the immediate release of my blood sample test,” Kodwa said.

He was stopped on suspicion of drunk driving by police while driving through Johannesburg’s Rosebank in the early hours of Friday.

Kodwa said the police told him people who drove around Rosebank at that time of night were usually under the influence.

Lawsuit
He was arrested, a blood sample taken and granted bail of R1 000 at the Rosebank Police Station.

Kodwa denied appearing in a Hillbrow court, as reported by some media.

He said he and his attorney had also served papers on the police station, outlining their intention to lodge a lawsuit.

“In their capacity as the police, I am suing for damages of R5-million. I am also going to sue the officers in their personal capacity.”

Kodwa said his attorney had given the police two days, from Monday, to comply with his demand for his blood to be released for a private test.

Kodwa said his application was aimed at reducing the potentially longer time state forensics laboratories would take to do the blood alcohol tests.

His court appearance is set for May 11 in the Hillbrow Magistrate’s Court.

‘Clear my name’
“I can’t live that long with a cloud hanging over me,” he said.

“I want to clear my name. They [the tests] will come out negative. I have no doubt about that. It’s not about my role in the presidency. It’s about my reputation.”

He added, “I want to protect South Africans from abuse of authority by police officers.”

Kodwa said he believed his arrest was about a “bribe not paid” and promised to make the test results public. — Sapa