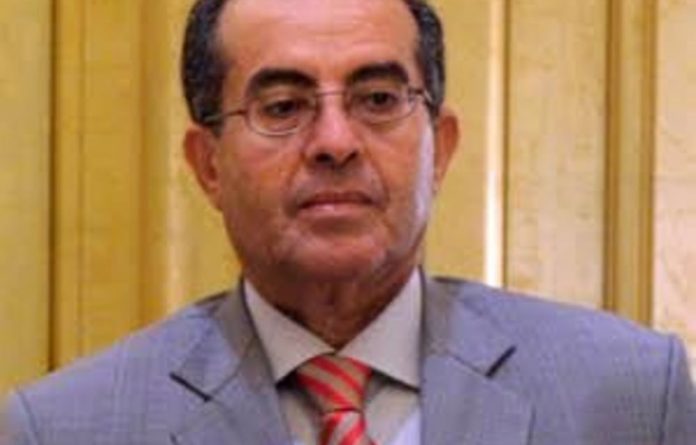 Libya’s war-time rebel prime minister said on Wednesday his country faced a lengthy and dangerous power vacuum where foreign powers may exploit rival militias on the streets and he called for a dramatic acceleration in plans for full elections.

In an interview with Reuters, Mahmoud Jibril said he wanted a current timetable for drafting a constitution by mid-2013 to be scrapped in favour of a stripped down process to produce a basic law and a government with full powers in just six months.

“I just want to shorten the period of this political vacuum,” he said on Tuesday evening at the heavily-guarded college campus on the outskirts of Tripoli that houses the interim leadership, the National Transitional Council (NTC).

“The more we prolong this period, it’s very dangerous for the national unity of this country. Too many actors started to intervene in Libyan politics,” added Jibril, who stepped down from the NTC executive two weeks ago after the country was declared “liberated” following the killing of Muammar Gaddafi.

“This is a political vacuum which can be filled by any power, whether a foreign power or an internal power which has weapons in its hands … It’s not healthy for the security of this country,” Jibril said.

Threats
He declined to be specific about where he saw external or internal threats. But Jibril, a US-trained planning consultant who abandoned a post in the Gaddafi administration and became the face of the Libyan revolt as he travelled the world drumming up support, has been critical especially of backing given by the emir of Qatar to one armed Islamist group.

“Any foreign power,” he said, “whether it’s allied with any internal actors or not, which has its own agenda, might utilise and exploit this political vacuum to start shaping the future of this country and this is totally unacceptable.”

He also said he feared that Gaddafi’s son and heir-apparent Saif al-Islam and intelligence chief Abdullah al-Senussi, both on the run from international war crimes prosecutors and possibly hiding in the Sahara, still posed a threat.

Describing the delay in capturing them as “not healthy at all”, he said: “They are very capable of fomenting every kind of instability that you can think of.”

Election timetable
At present, a timetable agreed by the NTC in August, before its motley forces overran the capital, sets a timetable for full democracy that would not see a constitution drafted for another year or more and a Parliament and government with a full popular mandate elected only in 2013.

First, the 51-member NTC is expected to approve an interim Cabinet chosen by incoming premier Abdurrahim El-Keib by next week. That administration has until June to hold an election to an interim assembly that must oversee the drafting of a constitution, put it to a referendum and then run elections.

Jibril wants instead a truncated process that would cut out the stage of elections before drafting a constitution. Rather than elect a 200-strong assembly next year, he said, the unelected NTC should be expanded to some 130-140 members by drafting in more women, young people and, crucially, the heads of the varied militia organisations set up in Libya’s cities.

This body, which would include those who now wield the power of the gun in the aftermath of the war, would then, Jibril argued, choose a panel to draft a Constitution, put it to a plebiscite and stage full elections much faster. “Just in a period of six months, you can have a Parliament,” he said.

It is far from clear what support such a plan has and the make-up of Keib’s government remains uncertain. Senior figures, as well as diplomats in Tripoli, highlight the need for speed in establishing a government with enough authority to provide security and disarm the wary brigades of former rebels.

Jibril said he himself did not expect to play a direct role in the new interim government but hoped it would listen to his ideas: “I wish they [would] … take it seriously and … start acting on it. It’s nonsense to leave the country for eight continuous months in this political vacuum.”

Political ambitions
Allies mention Jibril as a leading figure in efforts to form a political movement that could offer an alternative to those of various Islamists, notably the movement led by Qatar-based cleric Ali al-Sallabi, and to the Muslim Brotherhood. However, Jibril said he was focusing for now on trying to draw more women and young people into Libya’s new politics.

“Forming some sort of political body, whether a party or whatever, I think is a little bit premature for me,” said Jibril, who is in his late 50s. “Nothing is excluded but I don’t think it’s one of my priorities, right now.”

Speaking of his encouragement of women and young people to take part in a society long dominated by traditional male elders, he said: “My preference is to work as a mentor for them. I think this is a new world and it needs new blood.”

The various Islamist groups in Libya were long suppressed by Gaddafi and demonised by him when he sought in recent years to use a common opposition to radical Islam to heal rifts with the West. But they have come to the fore in the revolt, notably the armed group led by Sallabi ally, Abdul Hakim Belhadj, who once fought alongside the Afghan Taliban but denies any link to al-Qaeda.

Jibril declined to portray his political ambitions as in opposition to the Islamists or others, though his championing of women’s rights sets a tone of contrast with some Islamist ideas.

‘Electoral process’
“All political actors, all political Libyan actors are acceptable as long as there are elections,” he said. “I don’t mind who’s going to be in office, whether it’s from an Islamist group, from a Marxist, from a nationalist … What matters to me is this should come through an electoral process.”

Jibril said that a lack of security, created by a plethora of armed groups, was “the real challenge” Libya faced, and noted it was making it hard to deal with those accused of crimes under the old regime, “Because of the security problem and those arms on the streets, those armed people all over the place,” he said.

“What kind of transition can you run if you cannot have a police to protect the judge?” Jibril said.

Strains among the varied rebel factions were shown up when the then commander of their forces, Abdel Fattah Younes, was killed in July, apparently by his own side.

The affair remains a source of tension and Jibril, who declined to offer an opinion on who the killers were, said the results of an investigation needed to be published.

“I don’t think there is any excuse for delaying the results of that investigation anymore.” — Reuters