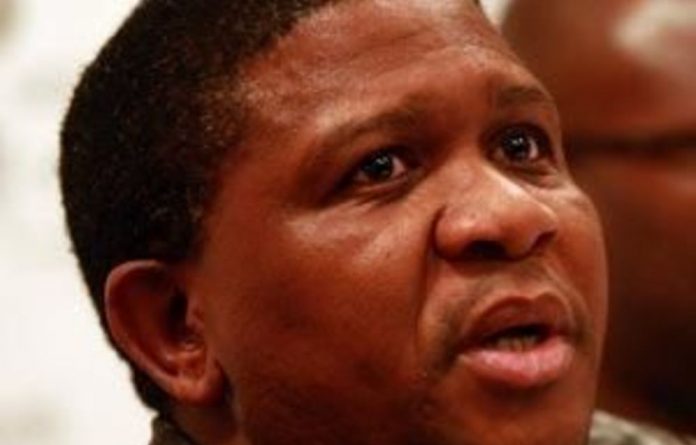 South Africa needs to adopt a national sport development plan as soon as possible, Sport and Recreation Minister Fikile Mbalula said on Wednesday, adding that the quota system had been counter-productive.

“We need a single developmental theory for South Africa in terms of what we want to achieve as a country, which at the present moment we don’t have,” he told reporters at Parliament.

“You can speak about everything else, but the fundamental question is do you have a strategy … and South Africa is one of those countries that is all over. It does not have a plan.”

The national sport indaba in Midrand next week was intended to help rectify this. The aim was to move the sports plan from paper to practice.

Captivating
A few years ago, Australia was in the same position South Africa is in now.

The country then adopted and embarked on a national sport plan and the results were plain today.

Mbalula said available talent needed to be “captivated in a national sport and recreation centre” where promising young people were put through an “incubation system”.

“You can come from the dusty streets of Botshabelo, if we can identify you, we get you through the school system … We will take you to the national sports and recreation [centre], you will go to school, you will eat properly, you will train properly, and you will be looked after by both the private sector and the public sector in terms of funds … And then you’ll become the athlete that you want to be. And this is what we want to achieve.”

There was no crisis in sport. The fact was that people “collapse in the system of development”, he said.

“If you are not lucky, tenacious, and have parents who support you, you [are] out.”

Quotas were introduced to achieve the goal of integration, which had yet to be achieved despite the quota system.

Mbalula added there was too much focus on South Africa’s three major sporting codes — cricket, soccer and rugby.

What happened in netball, basketball, amateur boxing, or even boxing itself, among others, appeared to be “none of our business”.

“You will be interested to see that in most of the sporting codes in our country, if you do an examination, we’ve achieved maximum transformation there, and through the quota system, among others,” he said.